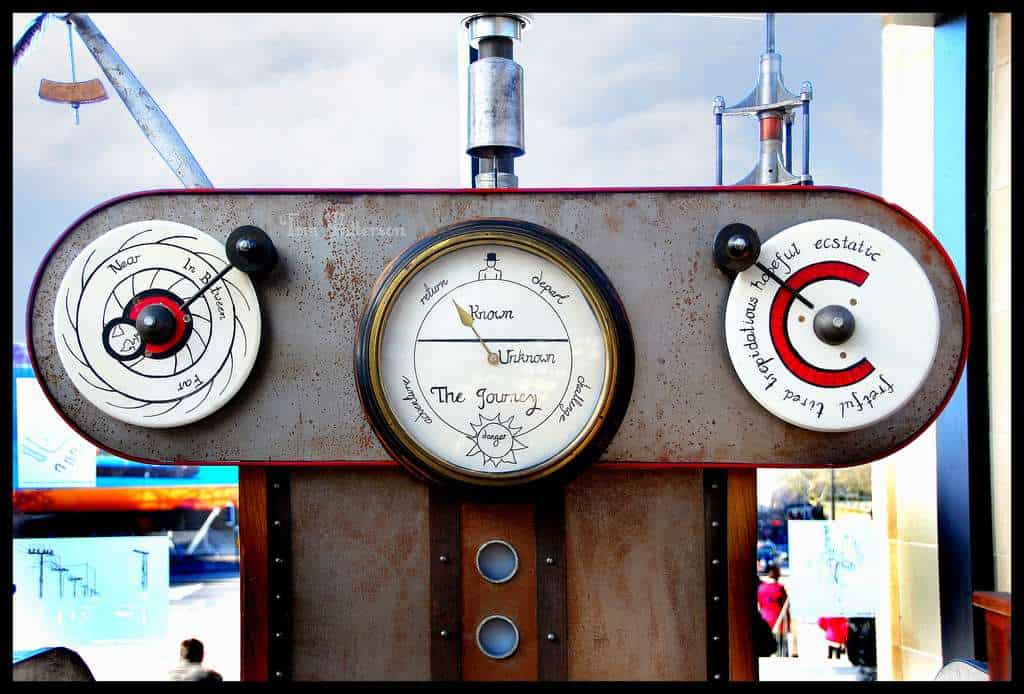 Hopefully the following information, in conjunction with this, this, and this, will help to show people that a blanket belief that student loans are not dischargeable is just not a true fact.

Steve – Get Out of Debt Guy

In 2005, Congress amended section 523(a)(8) of the Bankruptcy Code to except from discharge private student loans that are “qualified education loans.” Qualified education loans are defined in both the Tax Code and the Higher Education Act as debts incurred solely to pay for (i) qualified higher education expenses (ii) at an accredited institution by (iii) an eligible student. (See 26 U.S.C. § 221(d)) Qualified higher education expenses are defined as the “cost of attendance” which is a sum determined by the institution, to cover tuition, fees, room, board, and books. (See See 20 U.S.C. § 1087ll)

This is not only a question of bankruptcy law, it is foremost a question of tax law, because the interest paid on a qualified education loan can be deducted from the taxpayer’s income tax. And you can be sure that the IRS will not allow taxpayers to bend the rules to deduct interest paid on educational loans that do not meet these strict requirements. So, how do you prove that your loan is not a qualified education loans?

What on earth does that provision mean? We’re going to tell you, but bear with us. It’s a little complicated. In the 1980s, only federal student loans were non-dischargeable. But in addition to student loans, the government further higher education in other ways. For example, the government offers conditional scholarships to students who agree to perform government service after graduation. Sometimes this means joining the army after college, or working in a low-income clinic after medical school.

What happened was that students in the 1980s were taking this federal money, graduating from school, and then breaching their contract by not showing up to boot camp, or not showing up to the low-income clinic. Thus, the student would incur an “obligation to repay funds received as an educational benefit” but instead of paying it, would declare bankruptcy, and seek to discharge the debt under a literal reading of section 523(a)(8) because technically the debt was not a “student loan.” (See U.S. Department of Health and Human Services v. Smith, 807 F.2d 122 (8th Cir. 1986) (concerning a student who took a PSASP scholarship with the condition that he work for a certain number of years in a physician shortage area after graduation, breached the contract with the government, declared bankruptcy, and tried to discharge the debt).

In 1990, Congress sought to fix this problem created by these unscrupulous scholarship students, and added a clause that restricted discharge of “an obligation to repay funds received as an educational benefit, scholarship, or stipend,” which has since become section 523(a)(8)(A)(ii) of the Code. Legislative history demonstrates that what Congress was seeking to capture here were defaulted conditional educational grants, NOT any debt that provided an “educational advantage.” (See Federal Debt Collection Procedures of 1990: Hearing on P.L. 101-647 Before the H. Subcomm. on Econ. and Commercial Law , H. Judiciary Committee 101st Cong. 74-75 (June 14, 1990) (“This section [523(a)(8)] adds to the list of nondischargeable debts, obligations to repay educational funds received in the form of benefits (such as VA benefits), scholarships (such as medical service corps scholarships) and stipends. These obligations are often very sizeable and should receive the same treatment as a “student loan” with regard to restriction on dischargeability in bankruptcy.”).

Unfortunately, for the last 10 years, some courts have misapplied this section, and used it to refuse discharge of any educational debt that provided educational advantages (i.e., educational benefits).

First, courts realized that Congress did not use the word “loan” in section 523(a)(8)(A)(ii) and courts cannot inject the word “loan” where it does not appear. Since Congress used this obscure term “obligation to repay funds received” rather than “loan,” Congress must have meant something other than a loan. While “loans” and “obligations to repay funds received” may have similar qualities, the terms are not interchangeable. (See Christoff v. Institute of Imaginal Studies (In re Christoff), 527 B.R. 624, 634 (B.A.P. 9th Cir. 2015), appeal dismissed (Aug. 7, 2015) (“The bankruptcy court therefore concluded that, while the transactions between Debtor and Meridian were clearly loans, § 523(a)(8)(A)(ii) does not extend to loans but, instead, grants an exception to discharge for “an obligation to repay funds received.”).

Accordingly, section 523(a)(8)(A)(ii) cannot be used to except from discharge any type of loan.

Second, such an interpretation violates the statutory cannon of noscitur a soccis. This cannon states that where the meaning of a word is ambiguous and is used in a series of other words, it should be defined in relation to those other words. (See Campbell v. Citibank, N.A., et al, (In re Campbell), 547 B.R. 49, 55 (Bankr. E.D.N.Y. 2016). (“[T]he canon of statutory construction known as noscitur a sociis instructs that when a statute contains a list, each word in that list presumptively has a similar meaning. To the extent that educational benefit (defined nowhere in the Bankruptcy Code) is ambiguous, it should be presumed to have a meaning similar to the other items in the list set forth in § 523(a)(8)(A)(ii). Scholarship and stipend both refer to funds which are not generally required to be repaid by the recipient. Therefore, in the absence of plain meaning to the contrary, or compelling legislative history, educational benefit must be understood to refer to something other than a loan, especially given that Congress uses the word loan elsewhere in § 523(a)(8). The concept which unites the three separate terms in the list in § 523(a)(8)(A)(ii) is that they all refer to types of conditional grants.”).

Note that the word “benefit” has two distinct meanings. The first is a “profit or advantage derived from something.” But the second is “a payment made by the state, an insurance company, or an employer.” Creditors are seeking to use the first definition. But Congress clearly intended the second. We know this because of the other two items listed in the series, “scholarships and stipends,” are both types of “payments made by an employer or the state.” Thus, we must define “benefit” in the same way in order to comport with the cannon of noscitur a soccis.

So, now that you understand the grammatical history of section 523(a)(8)(A)(ii), don’t let those creditors try to cheat you by arguing your client’s private student loan is an “obligation to repay funds received as an educational benefit.” It isn’t.