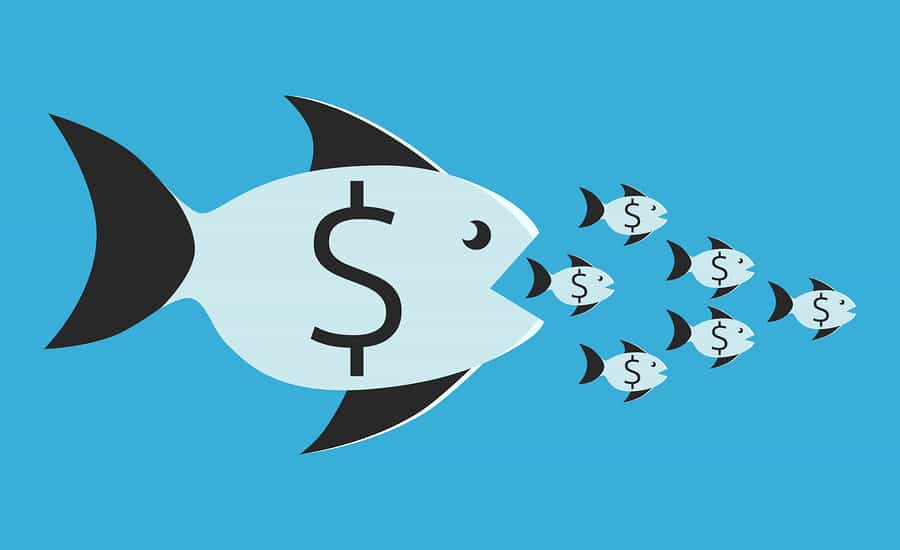 More information is leaking out about the actions of Sallie Mae and Navient when it came to those wretched private student loans.

Both the State of Washington and Illinois sued Navient in addition to the suit filed by the Consumer Financial Protection Bureau (CFPB).

The lawsuit filed by Lisa Madigan, the Illinois attorney general, is especially interesting. The suit alleges Sallie Mae/Navient intentionally extended private student loans to consumers they knew would not be able to afford them. In fact it is stated the default rate on those loans is as high as 92%.

Attorney General Madigan said, “My investigation found Sallie Mae put student borrowers into expensive subprime loans that it knew were going to fail. Navient’s actions have led to student borrowers needlessly carrying billions of dollars in debt and the company must be held accountable.”

It’s easy to see why Navient is fighting back so hard against these actions of the states and CFPB. These suits are shining a light on actions the average student loan borrower would find reprehensible.

For example, in an effort to suck up to schools to be more involved in pushing federal Title IV student loans that were guaranteed, Sallie Mae was willing to extend loans they knew were junk and schools were happy to use them to suck in students. On an investor conference call in 2006 that was held by the for-profit school Career Education, the willingness to push bad debt loans was made clear. – Source

“Gary Bisbee (Lehman Brothers): Okay. That’s a fair answer. And then around the bad debt expense, I appreciate that you are focused on collections and credit quality and what not, but it seems to me that, like you’ve mentioned in culinary, it might be a wise decision to be willing to lose a little more money on some of these students to get them in the door and get the title four funds and it seems like that might be a really profitable endeavor, so I guess I wonder, bad debt at 2%, why not let it go back to 3.5 by—

See also  I am on disability, owe a lot of money on parent plus loans, what can I do? - Bonny

Pat Pesch (Career Education CFO): Gary, if I wasn’t clear in my comments, I couldn’t agree with you more. We absolutely are looking at the kind of changes that would take on a level of credit risk that would be prudent, but clearly, I would expect that the changes we’re making would cause bad debt to go up higher, but hopefully with improve the top line and improve the bottom line because essentially it would allow us to leverage admissions and advertising spend, occupancy spend, even academic spending to the point of dealing with more fuller classrooms.

According to the New York Times, “Sallie Mae could afford to absorb the losses from its private loan business as, essentially, a marketing cost of snagging more lucrative loans. In a 2007 internal note, quoted in Illinois’s lawsuit, Sallie Mae described its strategy of using subprime loans to “win school deals and secure F.F.E.L.P. and standard private volume,” a reference to the Federal Family Education Loan program that generated most of the company’s profits.”

The Illinois suit alleges, “Beginning over 15 years ago, Sallie Mae began peddling risky and expensive subprime loans to student loan borrowers as loss leaders in order to dramatically boost its student loan portfolio with schools across the country. in the process of offering schools complete packages of loans, Sallie Mae introduced subprime loans as the “baited hook” to gain access to its more profitable federal loan and primae loan volume. Over a six-year period alone, 2000 to 2006, Sallie Mae drastically increased its subprime lending while disregarding evidence that these loans defaulted as extraordinarily high rates, especially at for-profit schools. In fact, over this time period, Sallie Mae increased lending to students attending for profit schools by by 26,000%, saddling these borrowers with billions [of dollars] of debt they could not pay.”

See also  How Do I Deal With Sallie Mae When Bankruptcy is Not an Option? - Debbie

The suit goes on to say, “At the same time, Sallie Mae (and later Navient) refused to provide many of those struggling borrowers with adequate repayment options.”

The the case filed by the CFPB, it was alleged Navient was not advising federal student loan borrowers about better repayment options to make their loans more affordable. Navients response to that allegation was “so what.” They feel they are hired as debt collectors, not financial advisers, and had no duty to provide such advice.

So if all the facts hold up in court, it would appear Sallie Mae suckered some students into loans that were entirely risky and then went on to provide servicing that maximized collections and they had no duty to provide good advice to assist students find better repayment solutions and options.

I guess the bottom line here is no consumer should be surprised by any of this. Lenders maximize profit and debt collectors, collect.