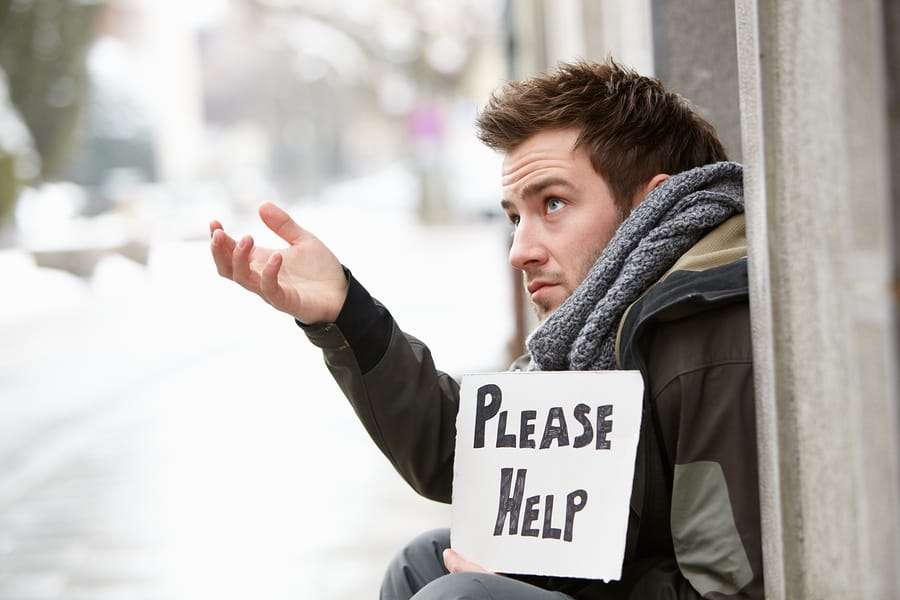 Here is a quick background of the case.

“This truth is starkly illustrated in the case of Murray v. Educational Credit Management Corporation, which was decided in December 2016 by a Kansas bankruptcy judge. At the time they filed for bankruptcy, Alan and Catherine Murray owed $311,000 in student-loan debt, even though they had only borrowed about $77,000. Thus 75 percent of their total debt represented interest on their loans, which had accrued over almost 20 years at an annual rate of 9 percent.” – Source

I’m going to sum up the ECMC appeal by saying they disagreed with the court. Most likely, not because the facts didn’t support that decision but it’s not a precedent they’d want to have on the books. ECMC wanted to offer the Murray’s a repayment plan they couldn’t afford that wouldn’t even cover their daily interest building on the loan. In fact, ECMC wanted the Murray’s to enroll in a federal student loan income driven repayment plan that would leave them a huge balance owed at the end of 20 or 25 years.

“Educational Credit Management Corporation (ECMC) argues that the bankruptcy court erred in its application of the Brunner test and that the Murrays should have enrolled in a 20- or 25-year income-driven repayment plan (IDR). ECMC’s position, that the Murrays should be burdened by their student loans until they are in their late sixties or early seventies would guarantee “the certainty of hopelessness” in their declining years, the very outcome the Polleys decision explicitly rejected as unnecessary.”

Richard Fossey helped to write the brief submitted by NCBRC and NACBA with input from Tara Twomey of National Consumer Law Center.

At the heart of this case is the hope some clarity and order can be brought regarding when it is hopeless for people to slave under continued student loans when there is no hope to repay the debt. While bankruptcy allows for all student loans to be discharged if the create an undue hardship, there is no crystal clarity on what constitutes that hardship.

The brief supports a position I’ve previously stated that income-driven repayment (IDR) plans just postpone the debt and never give the consumer a fresh start that bankruptcy is designed to allow.

“In this brief, amici argue that long-term, income-driven repayment plans are an inappropriate remedy for debtors seeking to discharge their student loans in bankruptcy. IDRs have three fundamental flaws. First, most debtors in IDRs will never pay back their student loans. Second, although debtors who fail to pay back their loans at the conclusion of an IDR will have their loans forgiven, the amount of cancelled debt is taxable to them unless they are insolvent at the time the debt is cancelled. Third, IDRs impose heavy psychological stress on debtors who are burdened with long-term debt they will never repay. Additionally, the legislative history of the undue hardship provision further suggests that IDRs should not be considered when considering whether the debtor may discharge student loan debt under section 523(a)(8).”

Fossey makes some very cogent arguments through the brief:

“It might make sense for student borrowers to enter IDRs when there is a realistic chance that IDRs will enable borrowers to repay their loans. But it makes no sense at all to force a struggling student-loan debtor into an IDR as an alternative to bankruptcy relief when it is evident the debtor will never be able to repay his or her student loans.”

“But in fact, DOE, ECMC and other student-loan debt collectors have insisted that nearly all bankrupt student debtors enter IDRs, even under absurd circumstances. For example, in Myhre v. U.S. Dep’t of Educ., 503 B.R. 698 (Bankr. W.D. Wis. 2013), Bradley Myhre, a quadriplegic, sought to discharge $14,000 in student loans in bankruptcy over the opposition of the U.S. Department of Education. At the time of trial, Myhre was “paralyzed from the chest down.” He required an electric wheelchair to get around and relied on a full-time caregiver to assist him with all his daily needs, “including eating, dressing and bathing.” Myhre’s salary did not allow him to meet his monthly expenses, and both Myhre and his caregiver filed for bankruptcy in 2012.

DOE argued that Myhre had not met the “good faith” prong of the Brunner test because he had not enrolled in an income-based repayment plan. Nevertheless, the bankruptcy court discharged Myhre’s student loans. “Mr. Myhre has done his best to earn an income that would allow him to financially support himself,” the court wrote, “and it is not his fault that even working full-time, he is unable to make ends meet.”

“It might be argued that the Murrays are in totally different circumstances from Myhre Roth, Krieger and Fern; and indeed the Murrays’ combined income puts them solidly in the middle class. But the underlying rationale of all these decisions—four by appellate courts (Roth, Krieger, Barrett and Fern)—applies to student-loan debtors regardless of income bracket. There is simply no point in putting debtors in 20- or 25-year repayment plans when it is virtually certain they will never pay off their student loans. Indeed, placing the Murrays in such a plan, as suggested by ECMC, will cause their student loan debt to grow by tens of thousands of dollars over the life of the repayment plan. For many people, like the Murrays, income driven repayment plans are cement life preservers pitched by student loan creditors that, in the end, will only cause borrowers to sink further into debt.”

A big drawback to the IDRs is the taxable loan forgiveness if the debtor is not insolvent. In their arguments to not allow the bankruptcy discharge of this federal student loan debt, ECMC said there would be no tax due at the end of a 25-year repayment plan because the Murray’s would be broke.

You’ve got to love the response to this position by NCBRC and NACBA in the brief. They said, through Fossey’s hand, “As ECMC correctly noted in its brief, forgiven loans are not considered taxable income to the extent the debtor is insolvent at the time the debt is cancelled. “Thus, those who elect repayment under an alternate repayment plan will only experience a taxable event if his assets are greater than his liabilities before the loan is forgiven at the end of the 25-year period.” Essentially, ECMC is asking this court not to consider the tax consequences of an IDR for the Murrays because they will be so broke 25 years from now that they will suffer no tax consequences when more than half a million dollars in student loan debt is forgiven. “[I]t is almost absolute,” ECMC argues in its brief, “that the Murrays will not have assets exceeding liabilities (including unpaid Loans) at the end of the 25-year repayment period and therefore no tax consequences.” That is, ECMC is acknowledging that 20 or 25 years from now, when the Murrays will be in their late sixties or early seventies, they will be insolvent.”

See also  Federal Student Loans Discharged in Bankruptcy. A Look at the Surprising 2012 Data and Cases.

Being a student of the mental consequences debt that consumers face, I loved the enlightened part of this brief that specifically talked about the severe psychological stress an IDR puts a consumer under.

“Studies have consistently found that socioeconomic status and debt-to- income ratio are strongly associated with poor mental health. Debt from student loans is often viewed as necessary by most Americans, but can be a chronic strain on an individual’s financial and emotional well-being. The mere thought of having thousands upon thousands of dollars’ worth of debt can severely impact those with already fragile mental health, especially if they will carry that debt for the rest of their lives. There is also the relentless nature of debt collection, the incessant calls from creditors, and the hassle of continuing to put student loans in forbearance. Financial difficulties “can also contribute to a sense of continuing entrapment and hopelessness that can in turn serve to extend an episode.”

There is so much more in this brief that could serve as a guide to defending for a student loan discharge when the lender objects. It’s worth a read if you are interested in this stuff.