A reader sent me in the client agreement for Macklock National Credit and said, “She was current on all of her bills, and wanted to consolidate her debts into a smaller 1 lump payment and ended up on the phone with Macklock who told her to stop paying her creditors and it would all be “taken care of” in 14 months.”

Four days ago I reached out to Macklock for their take on this situation. No response from my inquiry.

So let’s look at the services defined in the client agreement.

The agreement says the consumer has about ten creditor accounts and will pay about $195 a month for about 20 months for the Macklock National Credit service which is a credit monitoring service, credit repair service, and account dispute support service. 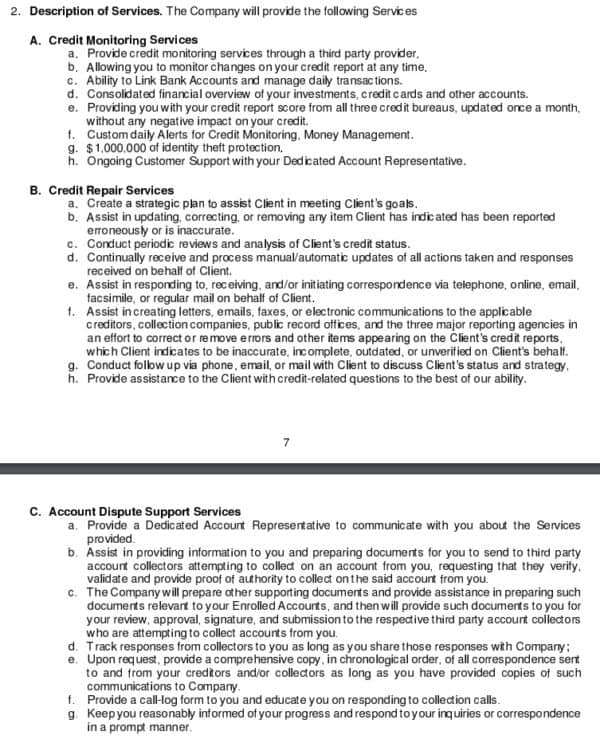 Macklock says the client payments should be sent to Electronic Payment Process Systems LLC (EPPS) where the monthly payment will be chopped up and divided between Macklock National Credit and EPPS as they are “earned.” Credit monitoring, EPPS, and credit repair services will be released each month to Macklock and EPPS.

Despite the multiple times in the agreement the consumer is asked to acknowledge the actual services provided, they signed the agreement anyway when it did not appear to represent the services purported by the marketing person.

The lesson to be learned here is to NEVER sign such an agreement when the services defined in the agreement do not match the service you think you are purchasing.

See also  Debt Validation Finally Defined. What You Should Ask a Collector or Creditor for to Validate a Debt.