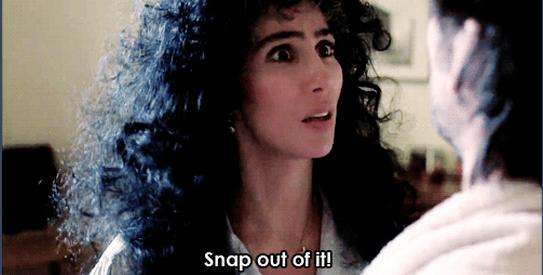 Jaime Clavito, a disabled veteran of Filipino descent was one of those people. Jaime filed for bankruptcy in California without a lawyer in order to get his student loan debt discharged (about $100,000). DOE opposed him in bankruptcy court, and a trial date was set.

At some point, however, DOE looked closely at Mr. Clavito’s evidence and agreed to a stipulated discharge of his student-loan debt.

It is not clear from the record why DOE agreed to a discharge of Jaime Clavito’s loans just a few days before trial. DOE’s short stipulated agreement to a discharge is only two sentences long and says this:

Pursuant to the agreement of the parties, the United States Department of Education consents to entry of judgment granting a discharge of the plaintiff’s student loans pursuant to 11 U.S.C. sec.523(a)(8), each party to bear their own attorney fees and costs. The parties request an order from the Court approving the stipulation and taking the trial (set for 8/14/2017) off calendar.

I think, however, the DOE attorneys became convinced that Jaime was entitled to a discharge when they saw the evidence he filed showing that he is disabled.

It is unfortunate that Jaime Clavito’s case was resolved so close to the trial date. Being in litigation against the federal government is undeniably stressful, and Jaime Clavito must have endured months of anxiety before finally obtaining his discharge.

Jaime Clavito’s victory is similar to the victory Richard Precht won last year, when DOE stipulated to a discharge of his student loans. Like Mr. Clavito, Mr. Precht had a very strong case. He was living on only $1200 a month and his Social Security checks and small pension payments were being garnished.

See also  Williams v. U.S. Department of Education: How does someone run up $400,000 in student-loan debt?

DOE’s first response to Mr. Precht’s lawsuit was to file a motion to strike his complaint. Eventually, however, a DOE attorney looked at Richard Precht’s voluminous evidence and signed a stipulation agreeing to a discharge of Richard’s student loans.

What doe these two cases tell us? Two things.

First, people who have been officially determined to be disabled and people who are living below the poverty line on Social Security income are entitled to have their student loans discharged. DOE is on record that it will discharge student loans by people who are disabled. As far as I know, DOE has no official policy to consent to discharges for impoverished Social Security recipients, but these people’s cases are so strong, I don’t think DOE will fight them.

Second, disabled people and people whose Social Security checks are being garnished may have to get DOE’s attention in order to get their student loans discharged. DOE initially opposed student-loan discharges for both men, and they both had to file adversary proceedings in bankruptcy court before DOE woke up and agreed to discharge their loans.

People in Mr. Clavito and Mr. Precht’s position remind me of that famous scene in Moonstruck, when Ronny Cammareri (played by Nicholas Cage) professes his undying love to Loretta Castorini (played by Cher). Loretta reminds Ronny that she is engaged to be married to Ronny’s brother Johnny, but Ronny persists.

Finally, Loretta slaps Ronny hard across the face and yells, “Snap out of it!”

That’s basically what Mr. Clavito and Mr. Precht did. By filing for bankruptcy, they figuratively slapped the DOE lawyers across the face and yelled, “Snap out of it.”

So if your financial situation is similar to that of Mr. Precht and Mr. Clavito, you need to gather your evidence and file for bankruptcy. Then you need to file an adversary lawsuit against DOE or the debt collector who holds your debt and ask the bankruptcy judge to discharge your student loans.

When you do that, you will be slapping the Department to Education hard across the face. “Snap out of it,!” you will be saying. And I think that will feed pretty good. – Source