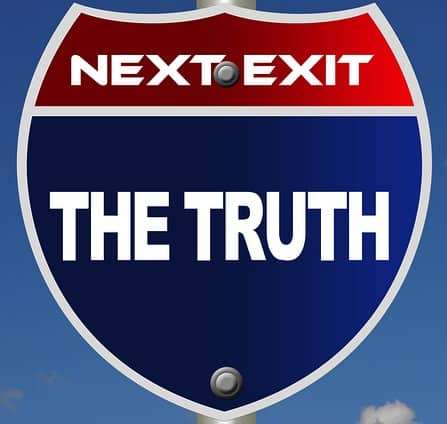 I have a moderate size of college loans that are in default. I was not and am not able to get a good paying job after school, so I was not able to make payments at all (which looking back on this was stupid that I didn’t try to make some sort of small payment so all this crap didn’t happen).

I then went a few years with no payments, then got a call from people I wasn’t even sure who they were, and they told me if I pay 6-9 months in a row of this certain amount, then my loans would be good again. As they are not good at that time.

So I made the payments and thought I was done. But then a year or two later, I got an email from my HR manager at work, saying 15% of my wages are being garnished!!! An amount I can not afford. I work at a low paying, hourly, dead end job that makes me want to kill myself. I barely barely make rent and have almost no money left over for anything now.

I then was told by another website similar to yours that all I have to do to get out of debt and default was to do a loan consolidation at the student.gov website. I choose Great Lakes Company as they were one of only four companies that I was offered. I filled out everything and thought it would be a few days or week until my loans were consolidated and I could get out of default and wage garnishment, get into the repayment plan based on my wages, and finally be able to get a good job, since I wouldn’t have the “bad credit” on my credit report from my defaulted school loans.

Well, I Just got an email back from Great Lakes this morning saying my application has been denied because I have an “Invalid Status”, which they then went on to describe as this: Invalid Status:

Your loans are subject to a judgement or an order for wage garnishment.
You have a pending death or disability claim filed.

So now, my question is WHY is this happening? How do I get my loans out of default, how do I get the consolidation to go through? Why did this other great company give me false information about how to go about this? They said the same thing you did, that if I just consolidate my loans, not only can I get out of default, but that I can enter into a Wage based repayment plan that fits with my ability to pay.

See also  I Defaulted on My Student Loan Rehabilitation. How Do I Stop My Wage Garnishment Now? - Sergio

But that obviously isn’t the case. I was denied by this Great Lakes company and now I’m at my whits end. I was already in depression and despair that I would never get out of this horrific problem, but now this!! I don’t know what to do, and could really use some help Steve. I’m just about to loose it. Thanks

You’ve been through a lot for sure.

It would not have made a damn bit of difference if you had made a small payment. For your payment to count towards something it has to be in accordance with the payment you are supposed to make or some mutually agreed upon plan payment. This can be as little as $0 per month in an income driven repayment plan.

Many servicers did/do a poor job of helping consumers do that and you would not be the first person I’ve seen go back into default.

When you are significantly in default and facing a wage garnishment you should have received a letter in the mail describing your right to appeal the wage garnishment. It would have given you a chance to make your case before getting your wages garnished.

Let’s hope the previous servicer did not actually enroll you in a rehabilitation program because you only ever get one chance at that solution.

In the rehabilitation program you would make 9 payments that could be as low as $5 a month on top of your garnishment. At the end of the 5th month the garnishment would stop and after 9 months your loans would be brought back to a current state and you’d be eligible for consolidation.

See also  Can My Creditors Garnish My Assets in Texas? - Mary

You can consolidate yourself out of default as long as you are not in a wage garnishment. That’s why that ship sailed for you. This issue is less about them giving you false information and more about the only person looking out for you, has to be you.

1 thought on “Can You Tell Me the Truth About Stopping My Student Loan Wage Garnishment?”