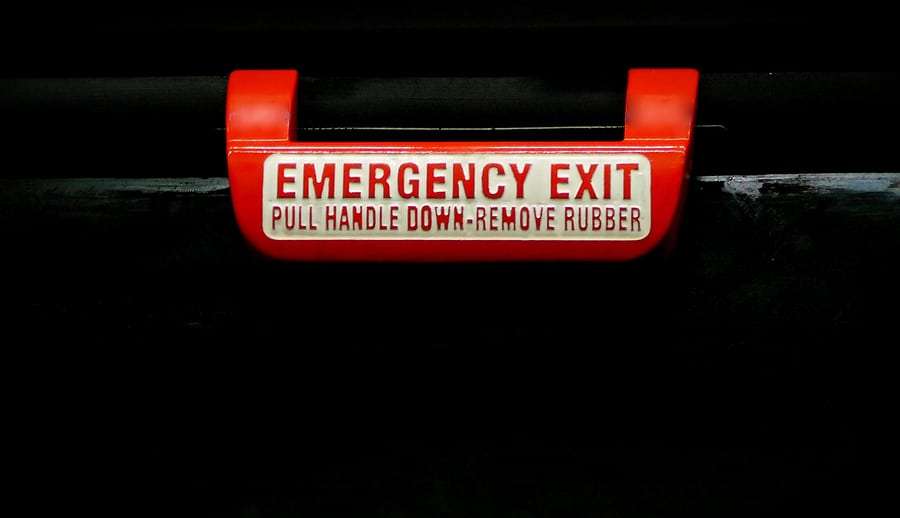 I must admit a large amount of frustration and acceptance that bad actors are just going to be part of the debt relief industry if good companies don’t cast a light on them.

Brookstone Law Group apparently was created with a sales pitch of being there to help consumers in trouble during the mortgage crisis. I think it can be successfully argued that the “law firm” was actually just another company created to sell services using the law license of yet another errant attorney.

Brookstone wasn’t the only group that rushed to sell the mass joinder debt relief pitch to consumers. And as part of that exercise lawyers lost their licenses, consumers got screwed, some profited but in all it was a just a classic mess.

I get no satisfaction in saying “I told you so” but this Brookstone Law setup was a wreck from the start. And as usual, when the early warnings were sounded, myself and others were aggressively attacked and threatened with legal action to shut up so the scheme could roll on.

Brookstone began as United Law Group (ULG) which I first wrote about in 2010. ULG was closed and reopened under a new name, Brookstone Law Group.

The recent court document describes how ULG morphed into Brookstone.

“The purported scheme began with Defendant Kutzner’s ULG, a law firm offering advance fee loan modifications. However, after the FBI and the United States Postal Inspectors raided ULG due to claims that its two primary attorneys committed mortgage modification fraud, and with ULG “unraveling,” Defendant Kutzner, along with Defendants Torchia and Foti, set out to market mass joinder litigation through Brookstone.”

And like the classic debt relief scheme, the mass joinder effort was no different in that consumers were bombarded with mailers and marketing that promised magic results.

“To market the mass joinder litigation, the Individual Defendants allegedly sent a substantial amount of form mailers to the public, which included the following statements: “you may be a potential plaintiff against your lender[;]” “our team of experienced lawyers offers you a superior alternative for recovery[;]” and “[i]t may be necessary to litigate your claims against your lender to get the help you need and our lawyers know how to do so.” (Id.) The mailers also included statements that consumers had “a very strong case” and that prevailing in the litigation was “basically a done deal.”

Jeremy Foti objected to “emails, scripts, and mailers the Receiver obtained” when the Brookstone offices were raided. Foti said they were not “authentic” even though “many of the emails are also authenticated by having been found on one of Foti’s computers.”

This case also contains the far too common commissioned salesperson fabrications of information told to consumers to persuade them to buy the solution. Sadly, so much of what commissioned sales people have to say is either misinformation given to them by management as facts, or just motivation to close as many deals as possible.

The Brookstone enterprise even used in-person meetings to try and be crafty. The court documents say, “Some consumers attended in-person sales meetings with the Corporate Defendants’ “Banking Specialists,” who were actually sales persons or “closers.” At these meetings, the “Banking Specialists” would show consumers a “Legal Analysis” that stated consumers had multiple valid causes of actions against their lenders with no discussion of any defenses the lenders may have or the relative weakness of the various claims.”

Another classic trick is to try and bury a disclaimer in the 20-60 page client agreement and get the consumer to agree that none of the sales messages were binding. The court document says, “Defendant Foti argues that because the retainer agreement had a disclaimer in it, it nullifies any misrepresentations made in the marketing. But this argument fails as a matter of law. See Resort Car Rental Sys., Inc. v. FTC, 518 F.2d 962, 964 (9th Cir. 1975) (“The Federal Trade Act is violated if [the advertising] induces the first contact through deception, even if the buyer later becomes fully informed before entering the contract.”). Further, Foti admits a sales person told a consumer that the disclaimer “was just legal words in the retainer and they had to use them in the agreement, but there was no risk of losing.”

If you want to see what a classic debt relief scheme looks like, read the full court document.

A federal court has found that Jeremy Foti and Charles Marshall, acting through Brookstone Law and Advantis Law, “made numerous false and/or misleading material statements to consumers” when selling legal services for purported mortgage relief.

The court found that Foti and Marshall controlled or participated in the scheme, knew they were deceiving consumers, and illegally took more than $18 million from them. The FTC has asked the court to impose monetary judgments on them and ban them from any debt relief activities in the future.

The court found that the defendants falsely told homeowners they could get “at least $75,000” or their homes “free and clear” through so-called mass joinder lawsuits against their mortgagors. These suits combined hundreds of consumers in the same matter; however, unlike class-action lawsuits, in the event of trial each plaintiff in a mass joinder suit would have to prove his or her case separately. The defendants had never prevailed in such a suit.

As a result of the court’s decision, litigation against all of the defendants in this matter has now been resolved. Earlier this year, Vito Torchia and R. Geoffrey Broderick stipulated to orders banning them from debt relief work in the future, including a judgment of almost $2 million against Broderick. Damian Kutzner and Jonathan Tarkowski also stipulated to orders, with Kutzner agreeing to a judgment of more than $18 million.