Since we told you it’s time to ask for your money back from Western Union’s settlement with the FTC, we’ve gotten some questions about who can make a claim, when, and how it works. Here are some answers.

Check FTC.gov/WU for updates and answers to other questions. 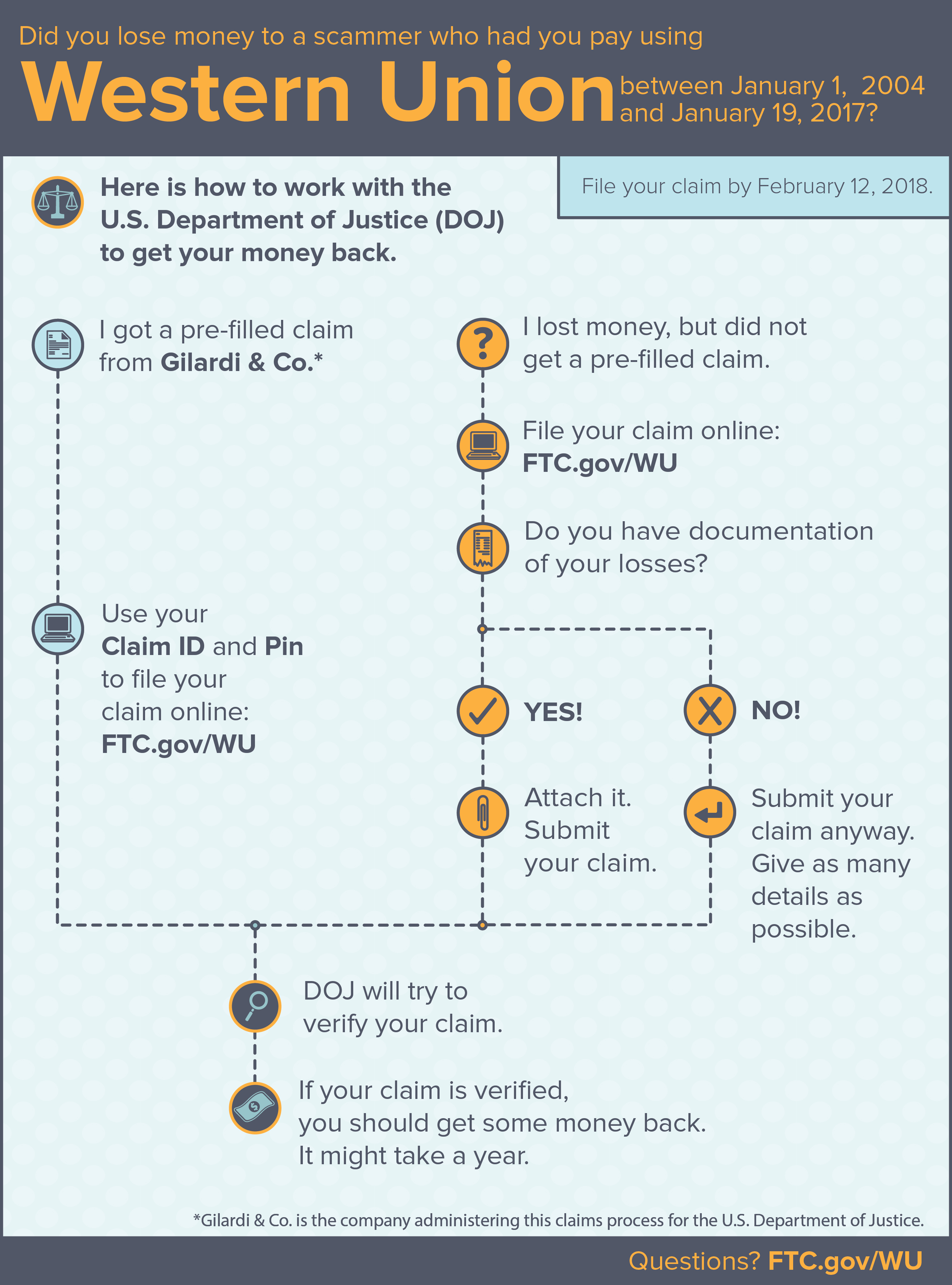