It looks like a new version of an old debt relief mailer is being sent out. in 2014 I published this mailer a reader had sent in. At that time the program was called HDRP.

The new version calls it the NHDR program. It appears to be the same or similar to the mailer four years ago. The intention seems to be a lead generation tool to sell some or of debt relief.

The cover of the self-contained mailer says it is from the NHDR Funding Department. 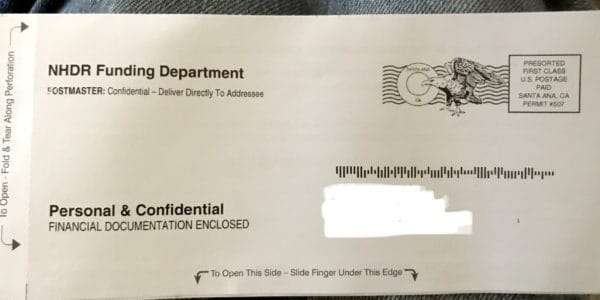 The mailer was sent from the same postal permit the one four years ago was sent from. Must be generating leads for someone.

A big thank you to the reader who sent this in as part of my I Buy Junk Mail program.