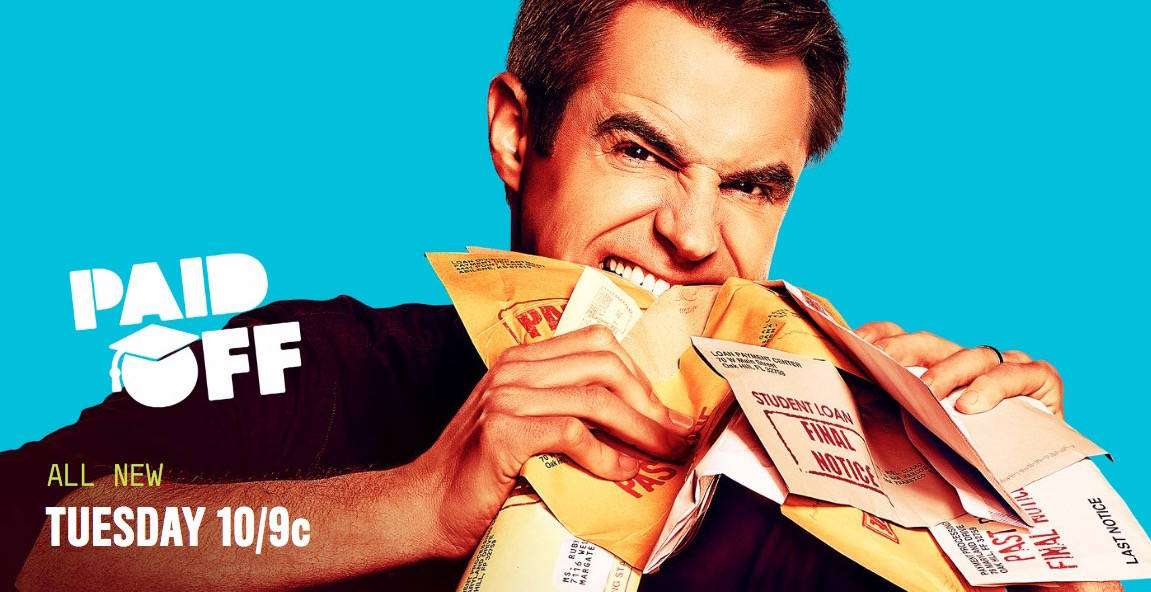 Paid Off is the brainchild of Michael Torpey, a man who says it took an underpants commercial to help him pay off his student debt.” The game show approach seems as legitimate as anything else to help eliminate student loan debt.

The BBC reports “The program, which will air 15 other pre-recorded episodes, says nearly $500,000 in student debt has been wiped out.

The producers tried to pay it directly to the debt-holders, the Washington Post reports, but because of logistics and tax implications, the winners are getting a check instead.”

And that brings up an interesting point. While winners will have student loan debt paid off they may expect a tax bill to pay on the money. Still not completely debt free, but the bill will be smaller.