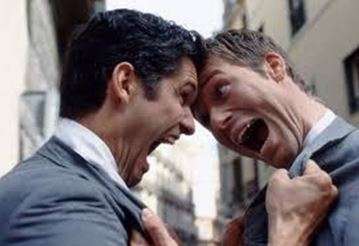 Reading through the latest public court documents regarding the failure of Argosy University is nothing but sad, disappointing, and predictable.

To get caught up on past Argosy University posts, click here.

The Dream Center Foundation (DCF) is a Christian based non-profit group that says its goal is “Transforming Lives.” Nailed it!

DCF formed Dream Center Education Holdings, LLC (DCEH) and purchased a number of for-profit schools, hoping to turn them into non-profit schools. Swing and a miss if you rate them on eventual success.

This post is going to focus just on the public statements made about Argosy University.

Efforts to save the school failed. The school closed. Students and faculty were left locked out. You have to wonder how this situation got so far down the tubes that it could not have been saved. Who was watching over the status and condition of the schools suckling at the teet of federal student loan money?

The Department of Education (ED) says it wasn’t their fault and seems to blame the Receiver, Mr. Mark Dottore.

Let’s Jump in Our Time Machine

ED says, “The Department places an institution on heightened cash management (either HCM1 or HCM2) when the institution’s financial circumstances necessitate a higher level of scrutiny.” For twelve years the schools were in trouble and during that time they were actively enrolling students and making promises about the services they were selling.

DCEH appears to have jumped in following a request to change ownership of the schools from two failures of previous owners. ED says this happened in October 2017 and January 2018.

Students expecting federal student aid money checks to keep coming to support life and living expenses started complaining about the stipend money they should have received, was missing. ED says, “In late January 2019, the Department began to hear numerous complaints from students and parents that Argosy had failed to pay credit balances owed to its students. As an institution on heightened cash monitoring (on HCM1 and later, on HCM2), Argosy was required to first pay student Title IV, HEA credit balances before submitting a request for payment to the Department.”

“On February 6, 2019, the Department requested the Receiver to provide a list of all of unpaid credit balance stipends that Argosy owed to students. On February 7, 2019, the Department received a summary table and a zip file of unpaid student stipends. The student level detail in the zip file showed that Argosy had not paid stipends totaling $16,299,840, including stipends for students at Western State College of Law.,” says ED.

The Department of Education goes on to point the finger and cast the blame at the collapse of the schools at the failed efforts of the Receiver.

ED says, “Further, on February 7, 2019 Receiver, the Receiver terminated the employment of Argosy’s chancellor, and nearly 100 Argosy faculty, academic support personnel and financial aid counselors. Those employees were terminated despite the Receiver’s repeated assurances to the Department that it would not do so. Additionally, the Department has been advised that this process was so disruptive that professors were called out of classrooms while they were teaching and their employment terminated. These actions have resulted in substantial and irreparable damage to the academic integrity of Argosy, and accordingly violate the requirements of financial responsibility set forth in 34 C.F.R. § 668.15(b) and 668.171(a), because Argosy can no longer provide the services, including academic programs, described in its official publications and statements.”

You can read the full ED statement here.

The Receiver Has a Different Point of View

As with any situation, there are two sides to any story. On March 8, 2019, Mr. Dottore, the Receiver submitted a different version of events. Clearly, he took the ED letter personally.

For example, when ED said the Receiver said he would not terminate the employment of Argosy’s chancellor, the Receiver says, “Obviously, the reductions in force were difficult for all concerned. We certainly did not relish telling nearly two thousand people their services were no longer needed. That said, there was one particular termination made because the person demanded we fire her – repeatedly. Cynthia Baum, the Chancellor for Argosy and ex officio Board member, demanded not once or twice, but seven times that we fire her. Upon her seventh demand, we accommodated her request.”

So while the Receiver may have told ED that the chancellor would not be terminated it appears she was begging for him to do so.

The Receiver also says, “The Department has been quick to make accusations regarding the propriety of the cost-cutting measures I have employed, but has not offered any suggestions regarding what it would deem appropriate and sufficient measures to be used instead.

By a similar token, the Department has been quick to malign the reductions in force, but we note that no Department members were there during those reductions – my staff and I were. We are therefore at a loss to understand the basis for your comments about the methods by which the reductions took place, or the “substantial and irreparable damage to the academic integrity of Argosy.” My staff and I were unerringly professional through the entire difficult process and we’d conclude with the simple observation that the only person to curse during the process was Ms. Baum, who repeatedly demanded: “Just [expletive] terminate me!”

You can read the Receiver rebuttal here.