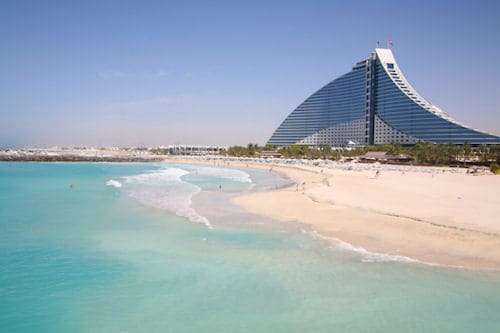 According to Brian Bandell with the South Florida Business Journal, American Resource Management Group was the law firm’s main client.

The entities seem to have faced stiff headwinds after Bluegreen Vacation Corp. and Wyndham Vacation Ownership began pushing back on the entities representing they could get consumers out of timeshares they felt stuck in. Cases against other companies selling timeshare debt relief are ongoing as well.

The apparent falling dominos here seems to stem from a December 2018 suit against ARMG in which the plaintiffs claimed “the defendants falsely advertised to Bluegreen timeshare owners that they could release the customers from their contracts when there was no legitimate basis to do so. In addition to charging thousands of dollars in upfront fees, the timeshare exit companies and law firm “deceived” the timeshare owners into stopping payments for their timeshare, causing defaults, according to the complaint.” – Source

The stance by the timeshare companies against the entities attempting to relieve consumers of their financial obligation reminds me of the same type of pressure that merchant cash advance companies are applying on debt relief companies taking on some of these debts. There has been a slowly developing trend of debt relief companies being the subject of legal action by creditors for interfering in the contractual relationship with the creditor and consumer.

This is a simple problem. On one hand, you have customers who have a changed financial status that leaves them unable to continue to afford the obligation. On the other hand, you have commercial entities who were able to persuade consumers to enter into legally binding contracts for services. Once they have consumers on the hook they don’t want to let them out.

There has not been an assault against the timeshare industry but against companies attempting to separate consumers from debts in an extra-judicial cookie-cutter process.

To further complicate the issue the timeshare debt relief companies appear to be applying a widget approach to debt relief. A general one-size-fits-all standard contract approach for debt situations is difficult to use when every situation is unique and different. This leaves consumers unhappy when their debt relief sales promises don’t align with the outcome of their timeshare separation experience.

For those people not in financial stress but who want out of the timeshare agreement, while they might be suffering from buyers remorse, they also entered into the agreement knowingly.

Warnings about the timeshare resale or contract breaking industry go back years and years. Just look at this, this and this.

The general idea is for a company to sell a way for a consumer to break free from their timeshare obligation either by reselling it for them or breaking them out of the contract by defaulting. Either way, unsophisticated consumers will be sweet-talked into magical solutions by companies who want to make the get out of debt sale.

My advice to consumers is to not get into a timeshare, to begin with.

Follow Me
Latest posts by Steve Rhode (see all)
See also  Thinking of Selling a Timeshare? Be Careful. Deception by Marketers Still a Problem.