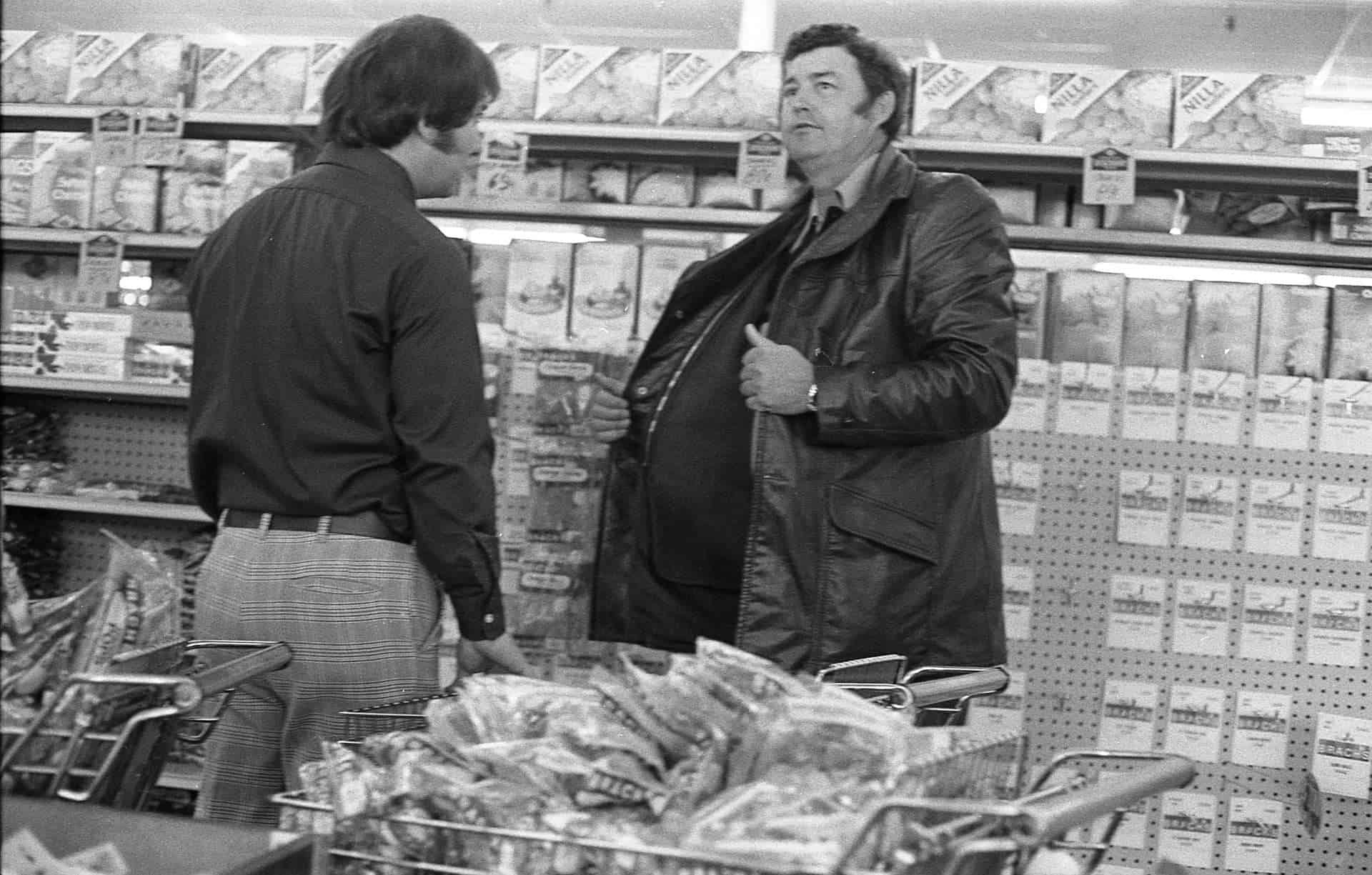 Recently I wrote a post about open activity selling CPN numbers to consumers to use in place of their actual Social Security Number to apply for credit, CPN typically stands for a Credit Profile Number, Credit Protection Number, or Credit Privacy Number. See this post and this one.

In the original post, I showed screenshots captured online but did not identify the location.

Given the additional screenshots I’ve received it leaves me with the opinion the group participants and admins may not be fully informed. It also leaves me with the opinion that online sites have an impossible task of trying to police open and illegal activity on their platforms. These publishers also have safe harbor protections from liability for posts on their platforms in many situations.

But from a public relations point of view, such open and explicit activity can’t be a bonus for, in this case, Facebook.

The screenshots I originally received allegedly came from the Facebook group “Tradelines for Sale Credit Repair Business Credit And Lending.”

The group has 3,530 or so members who have joined. 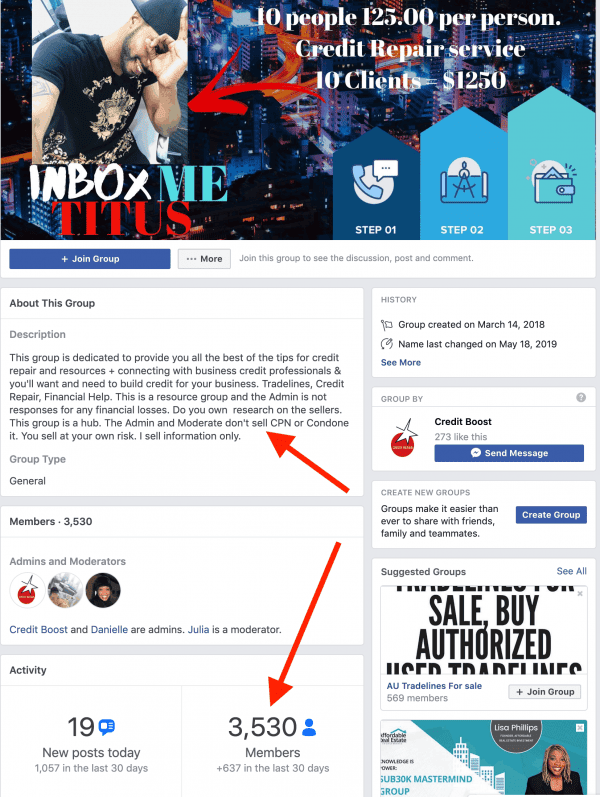 The public description for the group says, “The Admin and Moderate don’t sell CPN or Condone it. You sell at your own risk.”

After my first post on the issue of selling and using CPN numbers that landed people in jail, the admin who “don’t sell CPN or Condone it” had this to say. “So with that said no more posting of CPN’s keep it underground if you do it.” Interesting way not to condone it. 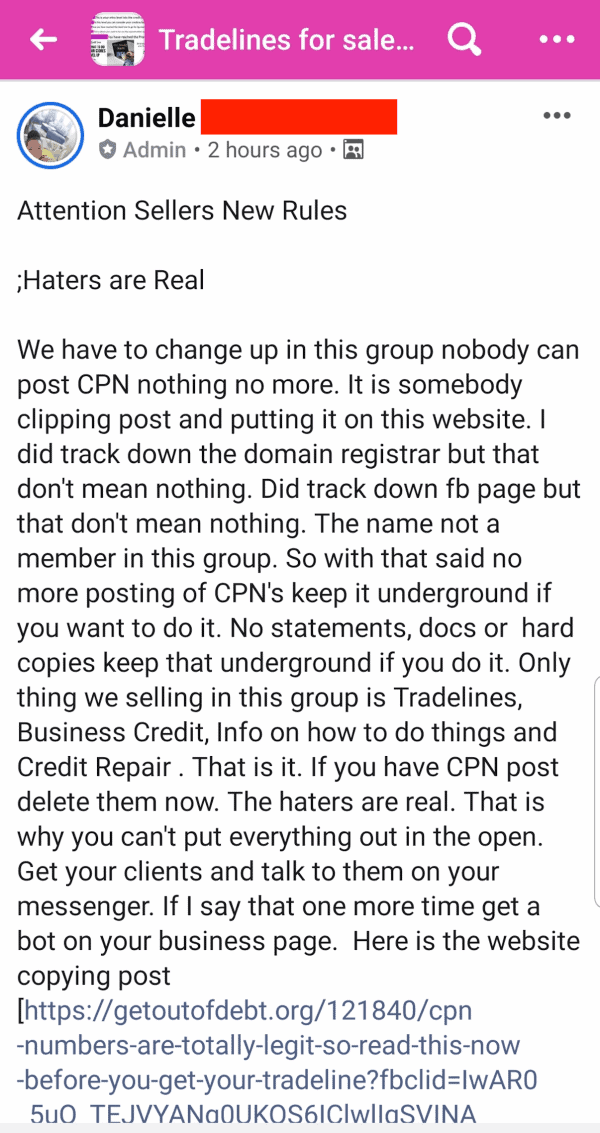 The admin seems to not call people out on how problematic selling CPNs is, just don’t do it in the open, “Get your clients and talk to them on your messenger.”

Or this post that seems to give advice on how to offer CPNs. 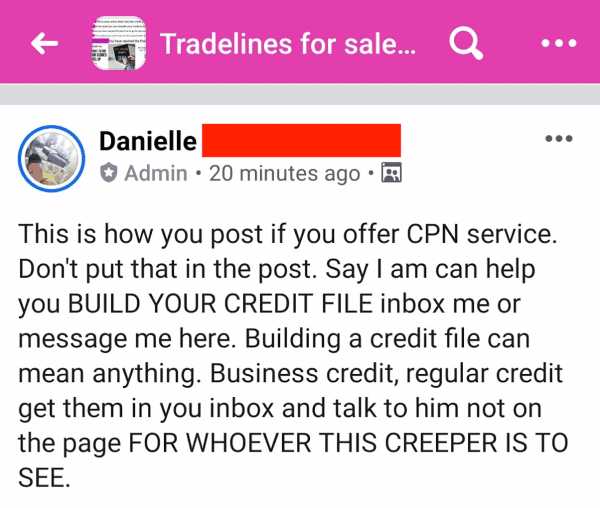 But a screenshot from an admin that I just received from inside the closed group says, “Seeing that CPN’s are not illegal to have and the info all over the internet on amazon, ebay, fiverr, pinterest, facebook and so on then it can’t be that illegal.” 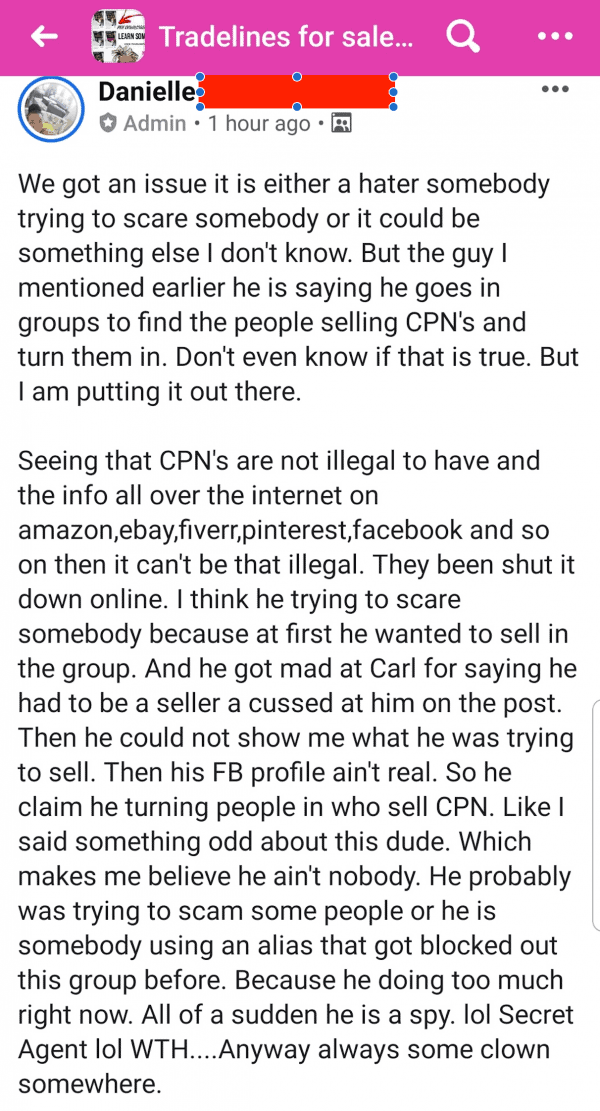 By the way, for the record, I’m not the person who Danielle refers to in the post above. I have no clue who she is referring to. So maybe more than one person is onto the group? I doubt the regulators who have the information on the group are in there posting snarky comments. No, they are lurking, harvesting, and getting information on deleted posts from Facebook.

There have to be some clues for people about if the issues surrounding CPNs are problematic.

First off, the phrase “it can’t be that illegal” should be a clue. But if your resource of authority is Amazon, eBay, Fiverr, Pinterest, or even Facebook then you are coming to a risky conclusion based on the advice of people who are trying to sell you something.

I encourage all consumers to do their own research and read my previous posts on this issue that include the actual criminal complaints and show the jail time people who were selling and buying CPNs received for using them. You can believe what someone posted on Pinterest or you can believe what then Department of Justice says. 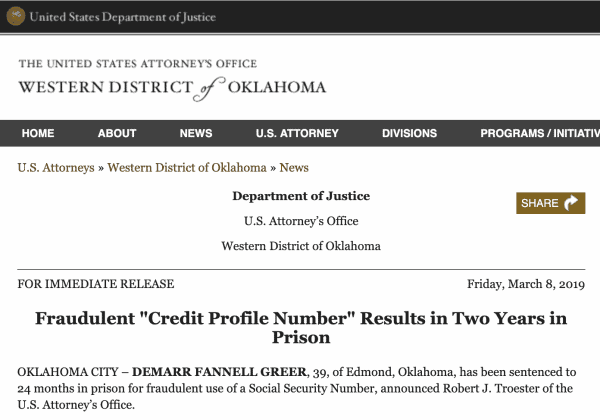 While the admin(s) of that Facebook group might not condone CPNs they certainly appear to have allowed past and/or current posts that create issues. 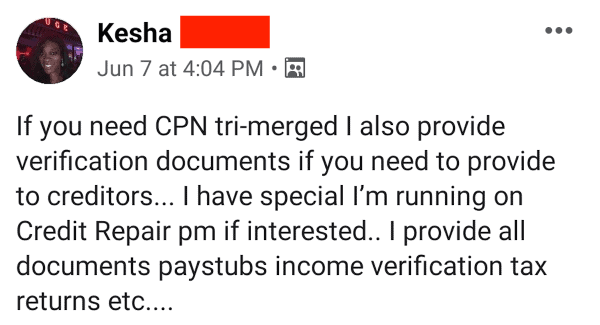 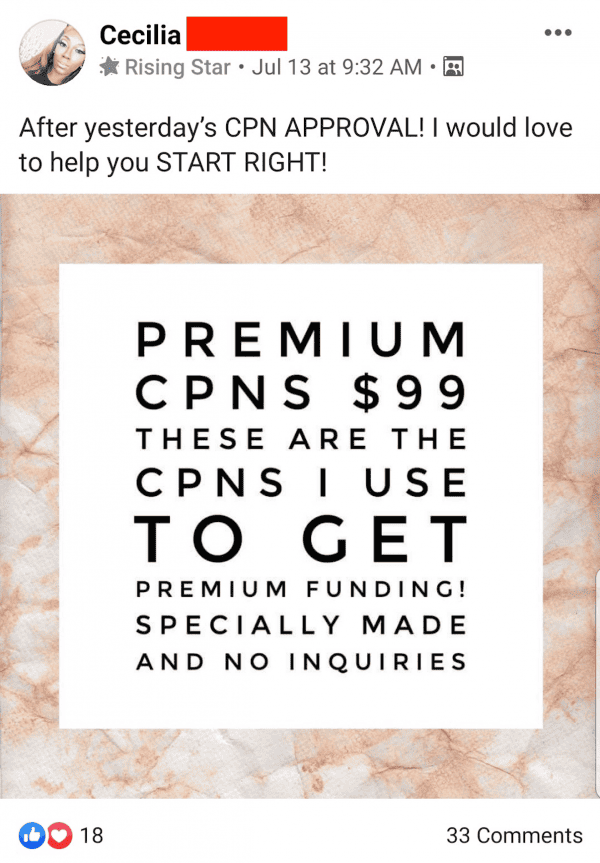 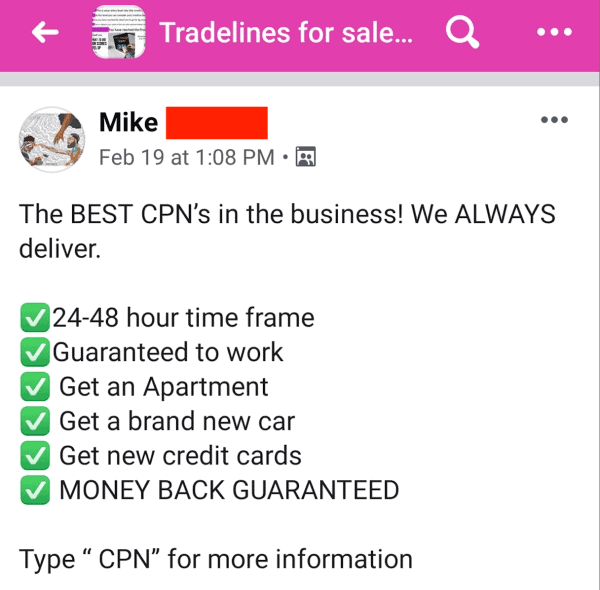 I don’t know how much more authoritative evidence people need to see, besides criminal complaints and the sentencing to federal prison of people who sold, bought and used them. If you don’t believe the actual court cases of the Department of Justice then the only advice is to watch out.

If you have any information to share like my current tipsters then please send in your tips and screenshots here.