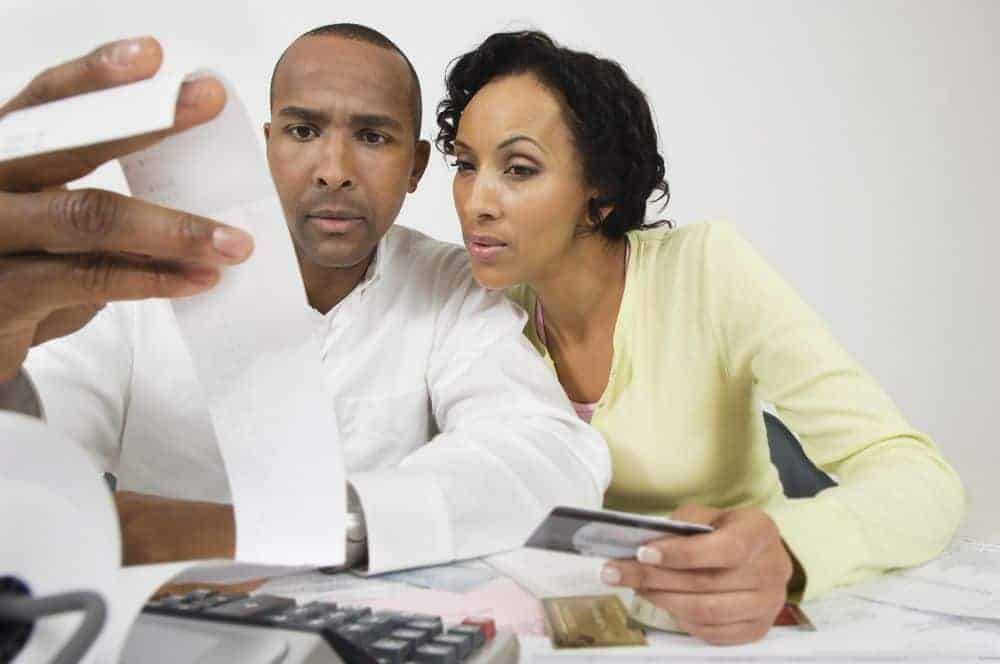 A tipster (send in your tips here) sent in an alleged image of an advertisement that appeared on Facebook. The advertisement is purportedly to be from Golden State Debt Management.

The ad presents an issue with the recent crackdown by Google on debt relief industry advertising.

The new Google policy is apparently designed to only allow trusted credit counseling agencies that are vetted to advertise on Google. One of those criteria is that the credit counseling agency must be an approved agency of the Office of the U.S. Trustee. As of the moment of this post, Golden State Debt Management does not appear on that list. But then again this is a Facebook advertisement and not a Google one.

Now here is where it can get tricky for consumers. Golden State Debt Management says they are a “national nonprofit Consumer Credit Counseling Agency” but the IRS has no tax-exempt organization under that name. 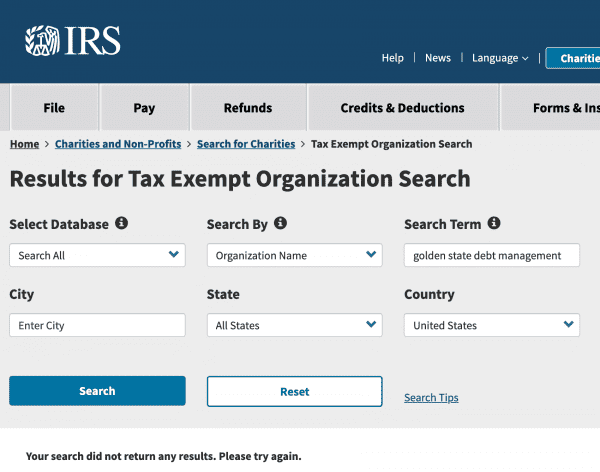 GuideStar reports, “This organization has not appeared on the IRS Business Master File in a number of months. It may have merged with another organization or ceased operations.” – Source

Even searching the IRS charity database using the employer identification number could not locate an active 501(c)(3) status result.

However, they were an IRS approved non-profit one time since I was able to locate a 990 tax return for the organization but the last one available is from 2014. – Source

So it appears Golden State Debt Management would not be able to advertise on Google under their new policy.

Interesting observation, and granted I’m the king of typos, but Golden State Debt Management spells their city name wrong on their own website. It’s not Torrence, it’s Torrance, but I’ve probably got no room to complain when it comes to typos.

As of last California filing the CEO/CFO is listed as Maria Menendez and the Secretary is Vanessa Conradi. – Source

Florida says the President is Maria Mendez, the Vice-President is Vanessa Conradi, and the Director is Denise Yogi, and Enedina Corrales is the Secretary. – Source

The company was formed in 2002 as a Florida non-profit corporation. – Source

The Golden State Debt Management advertisement says their service can “erase overwhelming monthly debt payments” but is that actually a factual statement? A credit counseling solution may lower your monthly payment but is that erasing?

The advertisement also says the service can be delivered “without damaging credit scores.” Not only is that potentially problematic but if a fee is charged for the service an argument might be able to be made that a credit score promise is actually a form of credit repair.

A statement that there will be “NO more interest and NO more late fees” is also a bit hyperbolic. While creditors may reduce the interest charged with a credit counseling agency there is no promise that all will go to 0% or that a missed payment won’t result in a creditor late fee.

Finally, the advertisement mentions the website HelpManageDebt.com for a quote but that site does not work. Not sure what that is about.