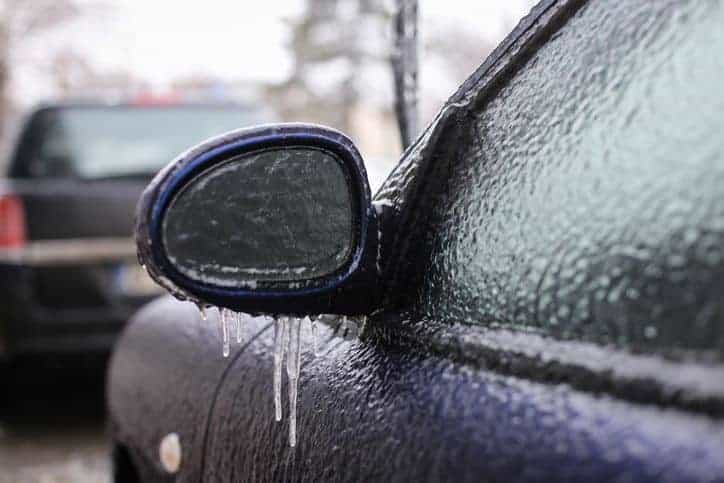 Recently I posted It Must Be Exhausting to Be Thomas Joseph Lynch, Jr. It covered the many front Lynch is battling on.

Here is an update about his skirmish/war with his business partner Kevin Tang and their business Consumer Financial Alliance, a settlement company.

It is also a close look at what can happen when partners fall out and the “Alliance” is no more.

Then, on March 8, 2019, Tang and Lynch executed a partnership agreement, agreeing that the partnership began December 15, 2018, and that they would have equal shares in the company. Tang agreed to make all the initial capital contributions to start the company and to pay all company expenses until the company becomes “cash positive”, and to pay Lynch a salary of $5,000/month starting January 1, 2019, for twelve (12) consecutive months. In addition, they agreed that neither Tang nor Lynch would take any distributions until Tang’s total initial capital contribution is paid back in full. See Partnership Agreement attached as Exhibit A to Lynch’s Amended Notice of Motion.

Lynch assured Tang that if he would agree to contribute at least One Hundred Fifty Thousand dollars, that Lynch could build a successful business model that would net millions of dollars. However, after eleven (11) months, Tang had invested more than $150,000, and the company was still running at a loss. At all times relevant, Tang personally guaranteed all company debts and contracts with third party vendors. Meanwhile, Lynch was receiving his $5,000/month salary without incident, made no financial contributions to the company, and did not personally guarantee any company debts or bills.

Tang did not want to contribute additional money into a failing business, and wanted to mitigate additional financial loss to the company and himself. It was in the best interest of all parties to terminate the partnership and dissolve CFA. However, Lynch refused to agree to the dissolution of the company. Lynch instead wanted Tang to sell his share of CFA to Lynch. However, other than the salary of $5,000/month Lynch was receiving from Tang, which was going to terminate December 15, 2019, Lynch had no other source of income and was insolvent himself. As far as Tang was concerned, Lynch did not have the financial means to continue running the business.

Lynch filed a voluntary chapter 7 bankruptcy petition on January 15, 2019 in the Central District of California, Santa Ana Division; case number 8:19-bk-10153-SC. Attached to Tang’s Declaration as Exhibit “C” is a true and correct copy of Lynch’s bankruptcy petition. Lynch did not list his business interest in CFA (VFS at the time) and the partnership with Tang, nor did he disclose the $5,000/month salary he was supposed to receive starting January 15 2019 – the date of his petition filing. He did disclose that he was collecting unemployment income in the amount of $1,800. However, the petition was silent as to when unemployment benefits were going to terminate. On or about April 4, 2019, Lynch filed amendments to Schedules A/B, I and J. Attached to Declaration of Tang as Exhibit “D” is a true and correct copy of the amendment to Lynch’s schedules. The amendment to Schedule A appears to list shares in other businesses, but again fails to disclose Lynch’s share in CFA and the partnership with Tang. In addition, the amendment to Schedule I still indicates that Lynch is unemployed, and still fails to disclose Lynch’s $5,000/month salary.

Lynch did disclose on his Statement of Financial Affairs that he was a defendant in two (2) other pending lawsuits: (1) Liberty Debt Solution vs Thomas Lynch, et al. filed in the District Court, Clark County, Nevada, case number A-18-780085-C, for breach of contract; and (2) OC West, LLC v. Thomas Lynch, et al., filed in the Orange County Superior Court, case number 30-2018-00983118-CU-CL-CJC for breach of contract. These two (2) lawsuits both allege Lynch defrauded the plaintiffs of money, inducing them to invest hundreds of thousands of dollars into a debt settlement company. Attached to Declaration of Kevin Tang as Exhibit “E” and “F” respectively are true and correct copies of the Nevada and Orange County Superior Court lawsuits against Lynch.

Lynch, upon learning of Tang’s desire to close CFA operations, removed all client files and computers from CFA’s offices. Tang was completely shut out from access to the clients and their information. Further, Lynch went into CFA’s business bank account and misappropriated funds in the account for himself on December 3 2019. Attached to Declaration of Kevin Tang as Exhibit “G” is a true and correct copy of CFA’s December 2019 bank statement showing the transfer of $1800 to Lynch’s bank account ending in 9747 (see Exhibit D, Schedule A item 17.1 where this account is listed as Lynch’s personal checking account). In order to preserve the assets and status quo of the company, Tang removed Lynch from the business accounts. However, Lynch was able to reinstate his privileges. Tang then notified Mr. Casey, the Chapter 7 Trustee, that Lynch was converting assets of the company for his own personal use.

At the initial meeting of creditors on January 6, 2020, Lynch appeared at the 341(a) seeking to examine Tang who appeared as a representative of the Debtor. Lynch claimed he was a creditor of the Debtor and had the right to examine Tang. However, Lynch is not a creditor. CFA does not owe Lynch any money. At the 341(a) Mr. Casey advised Tang that the clients need to be notified of the bankruptcy filing. Tang advised Mr. Casey that Lynch is in possession of all the clients’ information. Mr. Casey continued the 341(a) to February 10, 2020, and requested that Lynch turn over the clients’ mailing addresses to Tang, and that notice must be made to the clients and a proof of service must be filed by January 17, 2020. As of the date of this opposition, Lynch has refused to turn over the information needed for Debtor to comply with Mr. Casey’s demands.

The instant chapter 7 bankruptcy was filed out of necessity. CFA is running at a deep financial loss, and it is uncertain when or even if it will ever be able to pay back all the debts incurred.