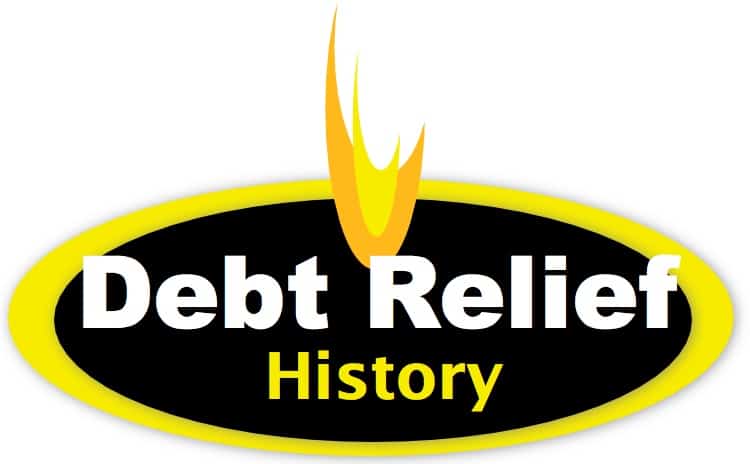 Never in U.S. history has there been a moment like this: Trillion-dollar proposals are pouring forth from Capitol Hill in a mad bid to save the economy from the ravages of a pandemic.

On the other hand, 2008, when toxic mortgage assets made “bailout” a political buzzword, wasn’t so long ago.

Back then, Congress, to revive a financial system paralyzed by devastating mortgage losses, opened the nation’s wallet wide, passing a $700 billion bailout. The following year, as unemployment rose, credit froze and public coffers dried up, it kicked in $840 billion more in a stimulus bill designed to save and create jobs and jump-start consumer spending. Of course, these helicopter drops of taxpayer cash seemed ripe for waste and fraud, so we decided to track where the money went.

Here’s a key takeaway: The reason we can easily update you on the pitfalls of the 2008-09 bailout is … it never actually ended. (And guess who keeps updating ProPublica’s Bailout Tracker?) Massive interventions have a way of leaving a mark. The government took over Fannie Mae and Freddie Mac, the giant mortgage finance entities, in 2008, and they remain in conservatorship. Tens of millions each month are still going out under the Troubled Asset Relief Program, the bailout’s misleading moniker, through next year. (We’ll get back to what TARP ended up doing in a bit.)

So, while a crisis provoked by a rampaging global virus certainly looks a lot different from one caused by toxic mortgage assets, the proposed solutions already on the table really aren’t.

President Donald Trump’s marquee proposal, also embraced by some Democrats, is a $500 billion plan to send stimulus money to American taxpayers as soon as early April. But history shows that the much-anticipated cash relief might not come as fast, or end up as well targeted, as the Trump administration is promising.

The Bush administration tried a similar stimulus measure in February 2008 when it sent $600 tax rebate checks to middle-class workers, with additional money for parents with children. But workers didn’t get them for three to five months — much longer than the two to three weeks Treasury Secretary Steven Mnuchin is currently promising.

When the checks did arrive, people didn’t run out and buy things. Most of the money was saved or used to pay down debt.

When President Barack Obama took over, he pitched a much larger, but ultimately insufficient stimulus package, designed around “shovel-ready” projects, safety net spending and investments in clean energy. Many people forget that the biggest item was a middle-class tax cut. But instead of sending checks, the administration chose to dribble the money out in paychecks at about $10 a week over two years, hoping that this way consumers would spend more of it. They didn’t.

There’s even more reason to believe that the proposed stimulus checks will be saved this time.

See also  I Read Your Book. Is Debt Settlement Really the Way to Go? - Denise

By definition, stimulus programs aim to get people to go out and spend, creating demand that creates jobs. But to slow the spread of the coronavirus, government officials are telling, and in some places ordering, people to stay home. Extra money would certainly help workers who’ve lost their jobs or seen their hours cut. It might even encourage people stuck at home to buy new laptops and TVs, helping foreign manufacturers and domestic warehouse workers and truckers. But as popular as tossing cash from helicopters might be, lack of money is not the reason people with jobs aren’t spending right now.

Economic studies have shown there may be more efficient ways to spend $500 billion to aid those in need, such as expanding food assistance, unemployment benefits and other safety net programs as well as incentives to stem the tide of layoffs.

One of the most effective programs from Obama’s stimulus package was a $50 billion fund to shore up state and local budgets, which has been credited with saving the jobs of more than 300,000 teachers and support staff. Sending money to local governments could help down the line as tax revenues plummet along with the economy.

The Trump administration and Congress could do something similar with private businesses now, encouraging them to pay their workers during shutdowns, as Honda has pledged to do.

One proposal floated in a recent Treasury Department memo obtained by The Washington Post is a program that would guarantee $300 billion in loans to help small businesses meet payroll for eight weeks.

But policymakers should also consider the success that Germany had during the last recession with a program known as “work sharing.”

The idea is that businesses will eventually need to ramp up again whenever this especially unpredictable crisis is over. Under work sharing, instead of laying workers off, employers reduce hours, and the government pays partial unemployment benefits to make up for lost wages. For some workplaces, such a program could also achieve the goal of social distancing or allow people a way to balance the new child care and teaching demands caused by school closures.

But according to the National Conference of State Legislatures, more than 20 states don’t offer work sharing programs.

There’s also a lesson from the bailout about what happens when Congress hands an administration broad authority without clear direction or restrictions.

One clear lasting legacy of the 2008-09 bailout is a chronically flawed mortgage modification program, one launched with the promise of saving millions of people from foreclosure, but characterized by ongoingchaos, lax enforcement of its rules and failure. The program was rolled out months after the Treasury Department had quickly pumped hundreds of billions into banks with few strings attached.

This happened because, with pressure to act quickly in 2008, Congress gave the Treasury Department broad discretion to essentially make things up as it went. That’s how — and why — even though the TARP was conceived as a giant program to buy up toxic mortgage assets, the government almost immediately abandoned that idea. Instead, the Treasury Departments of both Bush and Obama spun out an array of programs, successfully bailing out AIG, large banks and the auto industry — and only later launched a notably unsuccessful program for homeowners. (For a rundown of who paid the money back, see here.)

It’s the kind of freedom Trump’s Treasury Department appears to covet: Its recent proposal suggests giving it the authority to send $50 billion to the airlines and $150 billion to “other severely distressed sectors,” with the Treasury determining the “appropriate interest rate and other terms and conditions.”

The TARP had relatively robust oversight built in, and it’s an aspect that should be repeated, said Neil Barofsky, who served as the special inspector general for the TARP from 2008 to 2011.

Not only did the TARP have Barofsky’s office, but there was also the Congressional Oversight Panel, which was headed by a Harvard professor named Elizabeth Warren. The SIGTARP, as Barofsky’s office was known, released scathing reports and brought criminal cases against bankers who’d lied on their bailout applications, while Warren’s panel publicly raked Treasury Secretary Timothy Geithner over the coals for being too generous to banks while doing far too little for ordinary people.

Whatever proposals are ultimately adopted, taxpayers should be able to see how the government is spending their money. In 2009, Obama’s stimulus package created an accountability and transparency board, requiring any entity that received contracts, grants or loans to file quarterly reports that were posted publicly on a government website.

Extending the idea to all federal spending was supported by people as far apart politically as then-Vice President Joe Biden and former Rep. Darrell Issa, R-Calif., who chaired the House oversight committee. Some provisions made it into law, but the larger effort failed to get traction, and the board and its website shut down in 2015. Perhaps it’s time to resurrect the idea. Without adequate testing, we may not know the full reach of COVID-19; but at least should be able to track the money spent to respond to the crisis it’s leaving behind.

Do you have access to information about the government’s response to the economic fallout from the coronavirus that should be public? Email Michael Grabell at [email protected] and Paul Kiel at [email protected]. Here’s how tosend tips and documents to ProPublica securely.