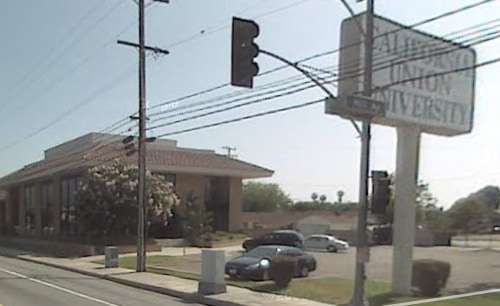 The owner and operator of California Union University – a purported university in Fullerton whose Web page is literally just one page – is due in court today to face federal charges that his school is actually a front for a visa fraud scheme.

Samuel Chai Cho Oh, 65, surrendered to Immigration and Customs Enforcement agents Tuesday morning, after a 10-month investigation into the school, which purported to offer courses in four areas: Biblical studies, English as a second language, Oriental medicine, and martial arts.

California Union University held phony graduation ceremonies as part of a visa fraud scheme, authorities said. Immigration officials blurred the faces of students participating in one of the fake graduations.

The school’s federal certification to accept foreign students was revoked in October, authorities said.
Immigration officials allege that Oh collected $40,000 to $50,000 a month from “students” that received visa application forms in exchange.

At the school, students rarely if ever attended class and there were no teachers seen, immigration officials said.
Oh even staged graduation ceremonies and handed out phony diplomas, authorities said.

In March, immigration agents and officials from the Student and Exchange Visitor Program paid a surprise visit to the CUU campus at 905 S. Euclid St. The school had more than 300 students on its rolls, but Oh could only produce schedules for a few computer and English classes, officials said.

According to an affidavit filed in the case, officials arrested and interviewed more than 30 students, who said they paid from $600 to more than $10,000 for documents needed to get a visa, and never actually attended class or saw teachers at the school.