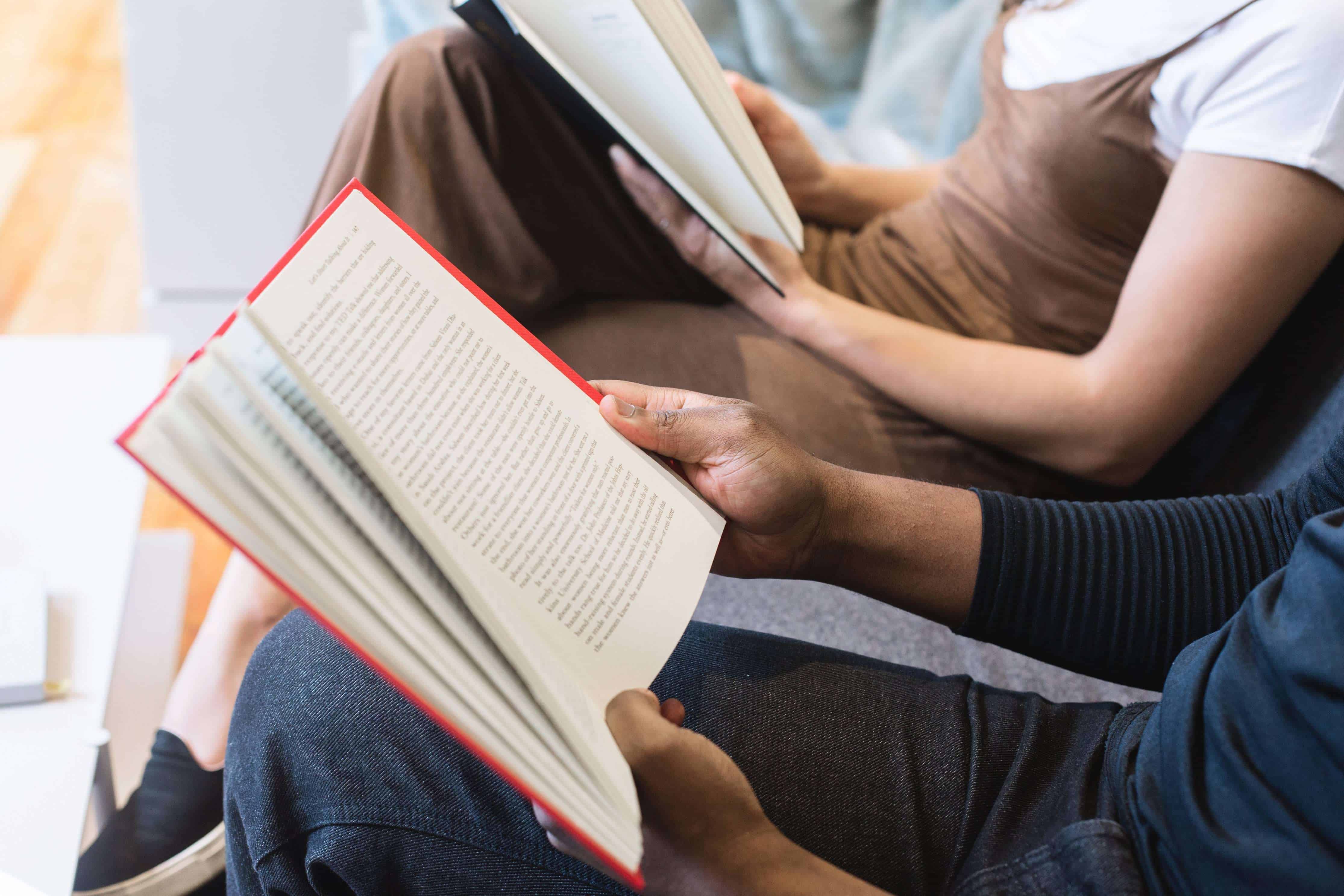 Today I’m starting a new series where we look back on how much or how little debt issues have changed over time.

The first book in this series is “CHICAGO AND ITS CESS­ POOLS OF INFAMY” by Samuel Paynter Wilson.

This is the 1910 edition and dedicated to the good men and women of the world with the hope that the vicious may become better men and women.”

Keep in mind the opinions and perceptions are those of the author. Any disrespect shown to any group, party, or person is simply a sign of the times and I don’t condone the stereotype. However, it is important to learn from history.

My observations and comments are in [ ].

What you will see is that even though it has been many years since 1910, a lot remains the same and we never learn from the past. Financial desperation creates victims and there will always be someone waiting to take advantage of them. 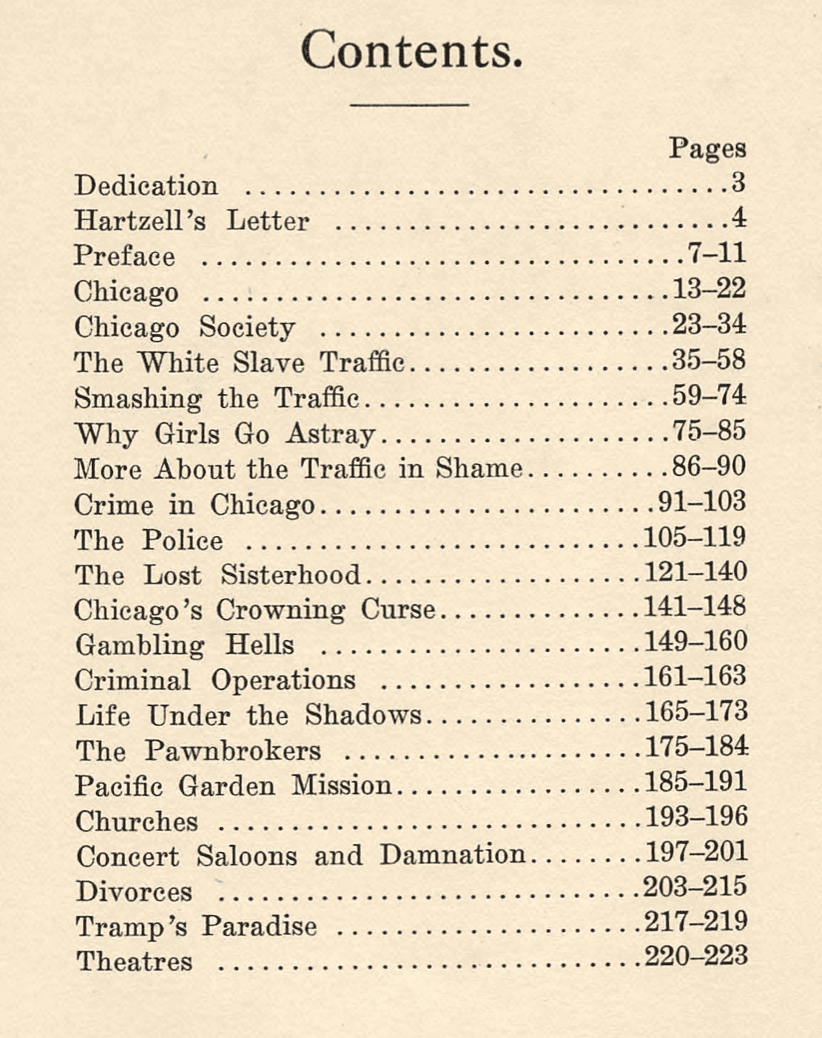 The full book can be found at the bottom of this post.

These sections of the book stood out to me.

The recklessness with which the churches rush into debt is appalling.

No other class of real es­tate in Chicago is so heavily encumbered as that of religious associations; and this in spite of the fact that no sort of property has a more uncer­tain tenure of its income, the whole depending, in a large measure, on the popularity of the minis­ters, and the goodwill and prosperity of the members.

Nearly the whole of the debt thus created, is for the enlargement of the churches or constructing new ones. Scarcely any of the con­gregations go into debt for the purpose of increas­ing the minister’s salary, or to enlarge the con­tributions to missionary funds or charitable enter­prises.

[Churches are still going bankrupt on a regular basis.]

All is for show. Old fashioned, comfortable churches, free from debt, are torn down or sold, and new edifices, rich and costly in every detail, are erected. A little money is advanced, the church plastered over with mortgages, and the next generation left to pay for the vanity of the present.

Sometimes the mortgages are paid, but too often the reverse is the case. The mortgage is foreclosed, the beautiful temple is sold, and perhaps is converted into a theatre, concert hall or factory.

The stranger passing along Clark street is struck with the number of quiet, dingy-looking shops over which are suspended the old sign of the Lombards—three gilt ball signs; all of the latter more or less dingy, may be seen in many other quarters of the city, but they are nowhere so numerous as in the street we have mentioned.

[See my history of early sources of credit & debt for more of the history of pawnbrokers.]

These pawnbrokers’ shops, and, as a rule, the proprietors, are leeches—sucking the lifeblood of the poor and grow rich upon their miseries.

[Not much has ever changed since to this very day people with money, credit, and debt problems are still the targets of people wanting to take advantage of them. And those people include debt relief companies, many credit counselors, back alley lenders, and major companies.]

Of course, in all large cities, there must of neces­sity be a great aggregation of poverty and misery. To the poor, the pawnbroker is a necessity. They must have someplace to which they can repair at once and, by pledging such articles as they pos­sess, raise the pittance they so sorely need.

Muni­cipal legislators the world over recognize this necessity and endeavor to throw such safeguards around the business of pawnbroking that the poor shall not be entirely at the mercy of the brokers. The great state of Illinois has in the last few years passed a state pawners law which has given to thousands of the poor low rates of inter­est.

In Chicago, the law requires that licenses to do business as pawnbrokers shall be issued to none but persons of known good character. The Mayor of the city alone has the power of issuing such licenses, and mayors of all parties have been in the habit of putting a very liberal construction upon the law. None but those so licensed can do business in Chicago.

[It is still all about who you know to get things done.]

Mayors of all cliques and parties have exercised their power with appar­ently little sense of the responsibility which rests upon them. They have not ordinarily at least, required clear proof of the integrity of the appli­cants, but have usually licensed every applicant possessed of particular or other influence. There is scarcely an instance where they have revoked a license thus granted, even when they have been furnished with proofs of the dishonesty of the holders.

Very few, if any pawnbrokers, pay any atten­tion to the law. They know that the great major­ity of their customers are ignorant of the provi­sions of the statutes and that those who are famil­iar with it will not avail themselves of its protec­tion, as they fear to lose the favor of the pawn­ brokers.

[This is why consumers should continue to escalate issues and problems with debt relief companies and others when they have a problem with the company. See my advice on how to do this here. If you have been wronged, it is okay to file a complaint and escalate your issue for attention from regulators and state agencies.]

Consequently, they fix their own rate of interest, which may be said to average five percent per month, or any fractional part of a month, or sixty percent per year. Some of the more un­ scrupulous members of the fraternity, where deal­ings are exclusively with the poor, charge a much higher rate, extorting as much as ten percent a month from those whose needs are very great.

[Sixty percent isn’t even considered high anymore. How about 300 percent or more that we see now from some pawnbrokers, title loans, or cash advance companies.]

The writer recalls a case where a widow of a few days came into a pawnshop on Clark street. She was clad in a light calico wrapper with a small shawl thrown about her head. She was des­titute and had been ordered from her little three-room flat nearby, unless the almost fabulous sum, to her, of seven dollars and fifty cents, should be paid over to the landlord at once. Trembling she entered the dingy “store” and offered her en­gagement ring in pawn. Being asked the amount she wanted for the pledge, she was told that she would receive just one-quarter of that amount.

“Oh, sir,” she pleaded, “I must have that amount, my baby is sick and the doctor said that to remove her now would mean to kill her. The ring is the last and most precious gift I have of my dear, dead husband. I will redeem it if God gives me life and strength to do so.”

The hardened man refused to give more, and taking the ring from his hand, with tears stream­ing down her pale cheeks, she started toward the door.

My sympathies were naturally with the poor, grief-stricken woman, and advancing toward her asked if I might assist her in any way. She told me a story of want and deprivation. How she had sold everything of value she had in order to fur­nish medicine for her husband who had been sick for a long time. How, one by one, her most cher­ished and useful articles of furniture, bric-a-brac, and jewelry had been sold or pawned, keeping to the last, the ring, the one token that meant so much to her.

Another source of profit to the pawnbrokers arises from the sale of unredeemed articles. Ad­vances are made at so low a rate that the proper­ty pledged is sure to bring more when put up for sale than the sum loaned upon it.

Sometimes a spirited depositor will demand full redress for the loss so inflicted upon him and will threaten the broker with an appeal to the courts. If the broker is convinced that the depositor is in earnest, he settles up promptly; but there is an end to his dealings with that person. He has no wish to have his transac­tions brought to the light of Justice. Such pro­ceeding would bring unpleasant consequences in its train, and he does not desire such customers.

[Again, escalation to resolve problems really does work. Do this.]

The principal dealings of the pawnbrokers are, as we have said, with the poor. Life is hard in Chicago, and those who dwell under the shadow are obliged to make great sacrifices of comfort to keep body and soul together. Everything that will bring money finds its way to the pawnshop and the miserable pittance received for it goes to provide food. Too often articles of household use or clothing are pawned to raise money for drink, and the possessions of the family are one by one sacrificed for this wretched purpose until noth­ing is left.

The pawnbrokers find a very profitable class of customers in the respectable working people of the city; many of these regularly pawn articles, sometimes of value, at the first of the week, and redeem them when they receive their wages on Saturday. It is in the broker’s interest to be obliging to these people since they are regular customers, and he reaps a rich harvest from them in the exorbitant interest they pay him.