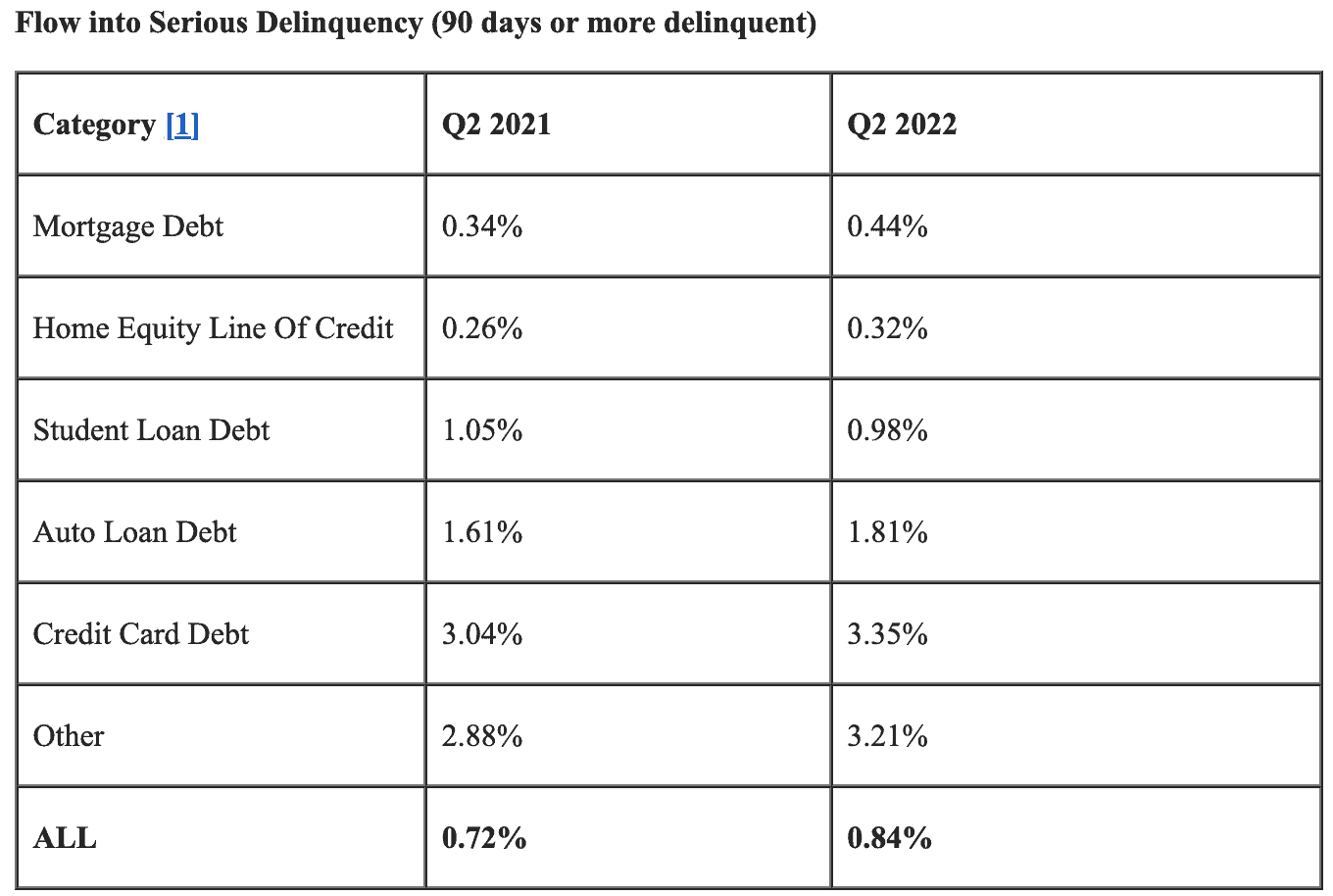 The Federal Reserve Bank of New York’s Center for Microeconomic Data today issued its Quarterly Report on Household Debt and Credit. The Report shows an increase in total household debt in the second quarter of 2022, increasing by $312 billion (2%) to $16.15 trillion. Balances now stand $2 trillion higher than at the end of 2019, before the COVID-19 pandemic. The report is based on data from the New York Fed’s nationally representative Consumer Credit Panel.

Mortgage balances rose by $207 billion in the second quarter of 2022 and stood at $11.39 trillion at the end of June. Credit card balances also increased by $46 billion. Although seasonal patterns typically include an increase in the second quarter, the 13% cumulative increase in credit card balances since Q2 2021 represents the largest in more than 20 years. Auto loan balances increased by a solid $33 billion in the second quarter, while student loan balances were roughly unchanged from the first quarter and stand at $1.59 trillion. Other balances–which includes retail cards and other consumer loans–increased by a robust $25 billion. In total, non-housing balances grew by $103 billion, the largest increase seen since 2016.

Mortgage originations slightly declined in the second quarter and stood at $758 billion. The volume of newly originated auto loans increased to $199 billion, continuing the high volumes seen in dollar terms since Q3 2020. Aggregate limits on credit card accounts increased by $100 billion and now stand at $4.22 trillion–the largest increase in more than ten years.

“The second quarter of 2022 showed robust increases in mortgage, auto loan, and credit card balances, driven in part by rising prices,” said Joelle Scally, Administrator of the Center for Microeconomic Data at the New York Fed. “While household balance sheets overall appear to be in a strong position, we are seeing rising delinquencies among subprime and low-income borrowers with rates approaching pre-pandemic levels.”

The Quarterly Report includes a summary of key takeaways and their supporting data points. Overarching trends from the report’s summary include: