LendingTree conducted a study, and out of the 1,600 surveyed, nearly 40 percent admitted overspending to impress others. The primary categories were clothes, shoes, or accessories. 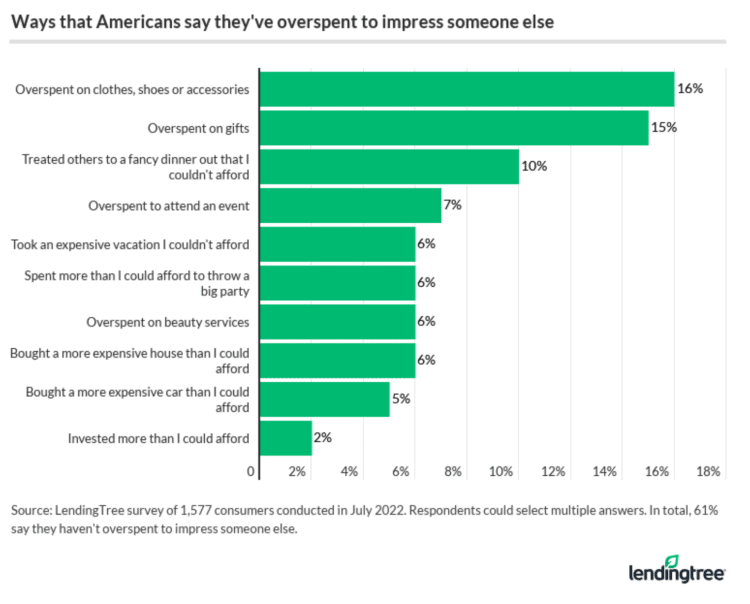 But if four out of ten admitted this, you know the number is much higher. That is a tough conclusion to admit to, even on a survey.

The survey found that about 25 percent of the overspenders were struggling with debt as a result.

See also  Have Consumers Really Learned Not to Spend on Credit Cards? Nope.

Why are people willing to overspend to impress others? The most common reasons are to feel “successful,” impress family or friends, reciprocate generosity or impress a date.

And who has not “accidently” overspent on hoping a date would end favorably? Just saying. 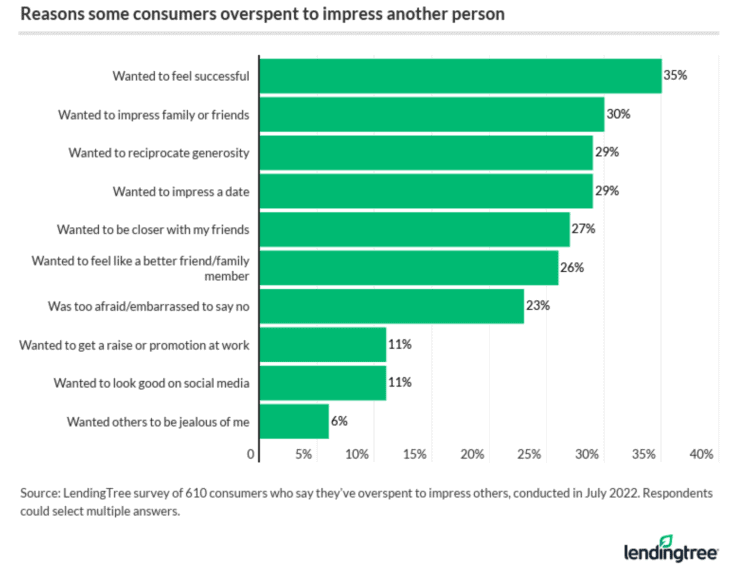 Despite the wide variations by age, there’s no gender divide — 38% of men have overspent to impress versus 39% of women.

Where a gender divide arises is the more precise motivation behind overspending to impress. For example, 41% of men say they did so to impress a date, versus 17% of women. Additionally, women are twice as likely as men to say they overspent because they were afraid or embarrassed to say no (31% versus 15%).

Regarding generational divides, Gen Zers and millennials’ main reason for overspending is to feel successful. At the same time, Gen Xers want to feel like a better friend or family member and baby boomers want to reciprocate generosity.

Understandably, overspending can lead to regret. Most consumers (77%) who overspent to impress others wish they hadn’t. This was more common among Gen Zers (85%) and millennials (82%) than Gen Xers (74%) and baby boomers (60%).

The survey findings reveal two potential reasons for this regret: debt and estrangement.

First looking at bad feelings surrounding debt, 63% of those who overspent went into debt as a result. That breaks down to 27% who currently have debt associated with overspending and 36% who previously had debt.

See also  Do You Want to Know Why You Are Absolutely Setup to Fail When Dealing With Your Debt?

We defined generations as the following ages in 2022: