With the march gathering speed and the troops rallying to protect consumers against the big bad debt settlement companies and their enormous upfront fees my thoughts drift back to a time in October, 2009 when the then cocky trade group United States Organization of Bankruptcy Alternatives (USOBA) made the statement “an industry survey showing that an advance fee ban would drive the vast majority of debt settlement companies from the market and would cause some 85% to stop offering debt relief services to existing consumers.” – Source.

What was USOBA trying to tell us then. Were they trying to scare regulators and legislators to leave the industry alone or it would fail. If that’s what their intention was at the time, that was pure arrogance on their part and only emboldened efforts to rein in the industry. Right now debt settlement companies are bivouacking either in one of three camps. They either know they are going to go out of business with regulation and legislative change, they are in denial that change will really come, or a few feel they can survive the storm darkening the skies on the near horizon.

A Debt Settlement Company Should Be Like a Proctologist

Debt settlement can serve a purpose for the right consumers. And while the fraternity of high flying party boys that drove the current industry in a brain addled crack frenzy is in for a needed fall, we still need a few good companies to deliver debt settlement services when it is appropriate for a certain group of consumers. 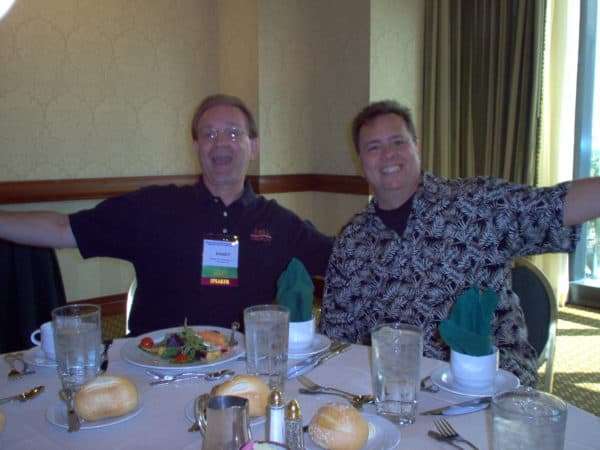 A Couple of Real Proctologists

Think about it like this, proctologists might have a shitty job and not rank really high on the chick cool factor but when you need one you want the best one you can find. I don’t know what makes a kid want to grow up to be a proctologist but I’m glad they decided to do it. And apparently it can be fun job, as evidenced by the happy guys above.

READ  Debt Settlement Does Not Need to Be Closed Down. It Needs to Be Cleaned Up. - Podcast

What we don’t need are the mass of people that lied to and mislead consumers to enroll them in deceptive debt settlement programs in order to economically rape them of a few months of up-front fees.

Mark my words, the frat boys of USOBA and TASC will keep making that argument that big upfront fees can’t be cut to their collective detriment and to the bitter end because, in my opinion, the members that pay so much money into those trade associations want it that way and enjoy the status quo. It is a totally self-serving position but in the long run it will be as effective as the kid that screams and has a tantrum to eat candy every night for dinner. It’s just not going to happen.

The hardest thing for a big upfront fee debt settlement company to do right now is to have the balls to agree to eliminate most of those abusive upfront fees. These companies have built their operational structure on a certain model of income and they can’t make a transition from a cash today, service tomorrow, delivery model. Those companies need to go.

READ  Debt Settlement Regulation, US Airways Sums It Up For You: "We Did This to Ourselves"

The companies that will survive this industry transition will be those that face reality right now, immediately get lean, significantly eliminate legacy operational overhead costs, slash staff, and prepare to coast through a transition period till they can settle debt to earn money again. Just because these are not easy decisions to make does not mean they can’t be made. It just means they are tough to make.

My vote is to clear the decks of the vast majority of debt settlement companies and let’s support the existence of for-profit debt relief companies that operate under one fair and reasonable federal legislation that protects consumers from the abuse consumers have been subject to in the run amuck debt settlement culture of the last few years. Let’s send the scammers packing.

We need a debt settlement industry with members that are proud to disclose who they are, embrace transparency, embrace accountability and who meet to discuss better ways to help consumers, not screw them for maximum profit.

So if you work for one of the debt settlement companies that has enjoyed printing money by screwing consumers and you think change is not on the horizon, listen to this clearly, start looking for a new job right now. Change, it is a coming. I guarantee it is.