On July 2, 2010 the BBB of Southern California sent a very clear statement to the Federal Trade Commission and urged them to ban advance fees for debt settlement programs. Here are some highlights from that letter.

On behalf of the Better Business Bureau of the Southland, I am writing to offer my strong support of the proposed FTC rules relating to debt settlement/debt negotiation companies. I believe it is especially important that the proposed rule prohibiting advance payments for these services be enacted as this would go a long way toward addressing the widespread abuse in this industry. 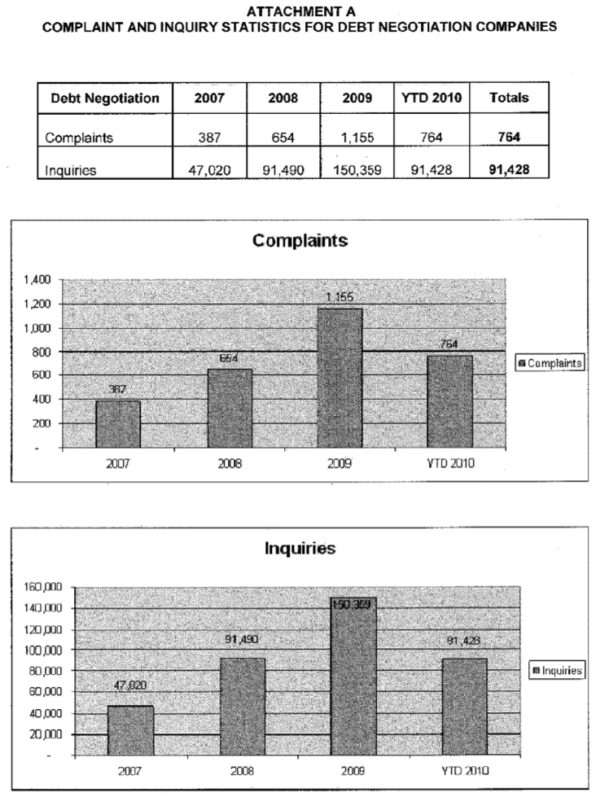 Fundamentally, debt settlement businesses rely on a business model that is inherently flawed and morally and legally wrong.

I would like to point out that the president of Morgan Drexen is Walter Ledda, who was formerly a principal of National Consumer Council, a large debt settlement company in Orange County, California that was shut down by the FTC a few years ago.

As previously mentioned, many settlement companies rely on NoteWorld to “hold” settlement funds that have been paid by customers. The clients are told that the monies are held in trust, thus reassuring them that if they drop out of the program, their monies will be refunded. NoteWorld, though, is an instrumentality of the settlement companies. Thus, to their surprise, clients find that almost all of the money that they thought would be used for settlements is actually funneled to the settlement companies in the form of various fees. For this reason, it’s important that third parties, including those claiming to be escrow companies, are included in any prohibition on payment of advance fees.

If clients did the math, here’s what they’d find: Assuming the program worked as represented, they’d likely pay the settlement company approximately 40% of the savings balance on the debts settled. When one takes into account that the balances of the debts swell with interest and other fees, the amount of the savings are even more negligible. Finally, in many cases, the amount of debt forgiven is taxable income, thus subjecting the client to yet another surprise which further lessens the savings. Consider the damage done to the credit rating and the potential for lawsuits, etc., and there is no real benefit.

The debt settlement business is insidious. In reality, very few people have debts that are settled and most wind up in much worse financial shape that when they entered the program. We repeatedly see cases where people are forced to file bankruptcy to rid themselves of the lawsuits and their debt.