One of the rumors I’ve heard lately is from some debt settlement companies that claim they are going to get around the ban on advance fees, starting October 27, 2010, for debt settlement by calling the fee they will ask for, a retainer.

The argument goes something like this. “But because I’m an affiliate of an attorney I can charge a retainer when the person signs up. We’ll then charge that retainer account for services we provide before we settle debts.” 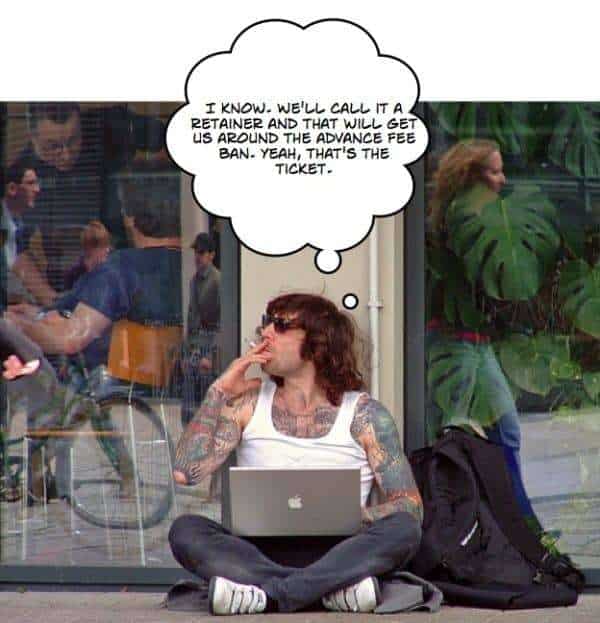 I went to the oracle on this. otherwise known as FTC attorney Allison Brown. Allison said, “Telemarketers of debt relief services are prohibited from collecting any fees in advance, including partial fees for opening a file, calling a consumer’s creditors, or other activity. The rule says clearly that they may not receive ANY FEE in advance of settling at least one debt. Telemarketers who are attorneys are not exempted — regardless of whether they label themselves as employing an “attorney model” or claim to be collecting a “retainer.”

However, attorneys engaged in the bona fide practice of law are likely to be exempt from the TSR for two reasons. First, the TSR only applies to providers who use interstate telemarketing. Second, providers — including attorneys — who meet with their clients face-to-face before signing them up are likely exempt from most of the Rule’s provisions. Accordingly, these attorneys who fall outside of the Rule may collect fees in advance, using a retainer model or other methods.”

In case anyone needs for me to read between the lines here, it appears clear that an affiliate attorney model relationship does not escape these rules. That is of course unless you make the consumer schlep to the attorney office and meet face-to-face and did not talk to them on the phone out of state. But if the affiliate used any sort of intrastate telemarketing it appears they would run afoul of the FTC TSR and a solid argument could be made that the retainer would not be allowed.

22 thoughts on “Trying to Get Around Debt Settlement Rules By Calling Advanced Fee a Retainer. Not So Fast Bucko.”