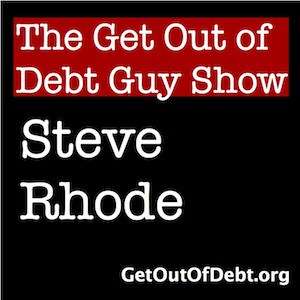 Here is this weeks podcast where

If it is possible to settle your own debt.

How to begin to approach do it yourself debt settlement.

Hiring a debt settlement company is a smart thing to do if someone does not want to do it themselves.

We discuss the process on how to settle your own debt and what happens as you fall further and further behind.

DIY debt settlement is not magical, it’s just a process and we talk about how the process works.

Why sometimes the best thing you can do is nothing.

We talk about how to deal with creditors when they call. What to say and what not to say.

How to get ready to settle your debt and what to ask for when you do.

Why you should be eager to open the mail from the creditors.

And we talk about the worst things you can do.

If you are thinking about DIY debt settlement, get comfortable and listen to the entire show.

DIY Debt Settlement Show
You can subscribe to my podcast on any of these sites below.

Have questions and want to settle your own debt? Visit the DIY debt settlement section of the forum.

Did you like this show and want to hear more? That’s easy to accomplish. All you have to do is just subscribe via iTunes, or subscribe to the free RSS feed or email from the GetOutOfDebt.org site. You’ll find the links for all of this on the right hand side of the site, so just visit GetOutOfDebt.org.

And if you have a question you’d like to ask, visit GetOutOfDebt.org and follow the links to ask your question online or the instructions on how you can call in to leave your question for an upcoming show.

See also  Podcast - Did You Get a Debt Consolidation Loan Mailer? Be Sure Not to Do This.
Sincerely,