Some of those article have touch off firestorms and threats to sue me and this site. But I do always try to be fair and today I am declaring Vito Torchia, Jr. day on the GetOutOfDebt.org site. Why would I do that?

Well in the recent infighting between the most prominent lawyers in mass joinder case filings, it’s gotten really nasty, see this.

In a flurry of exchanges going back and forth one of the recent filings contains a lengthy statement that lays out the entire Brookstone Law involvement in this polluted world of mass joinder cases. I really appreciate Torchia’s honesty and directness in which he lays it all out in his declaration below.

And now we know how things really unfolded.

If you have a couple of hours to kill, here is the full motion for you to read.

By the way, the declaration below seems to support my original claim that Brookstone Law did participate in sending out a Form 1012-R mailer as I postulated in my original article on the mailer. 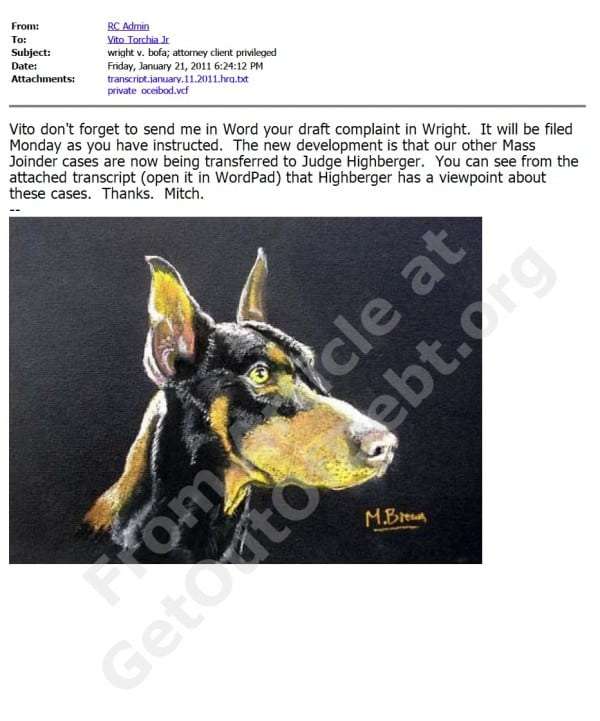 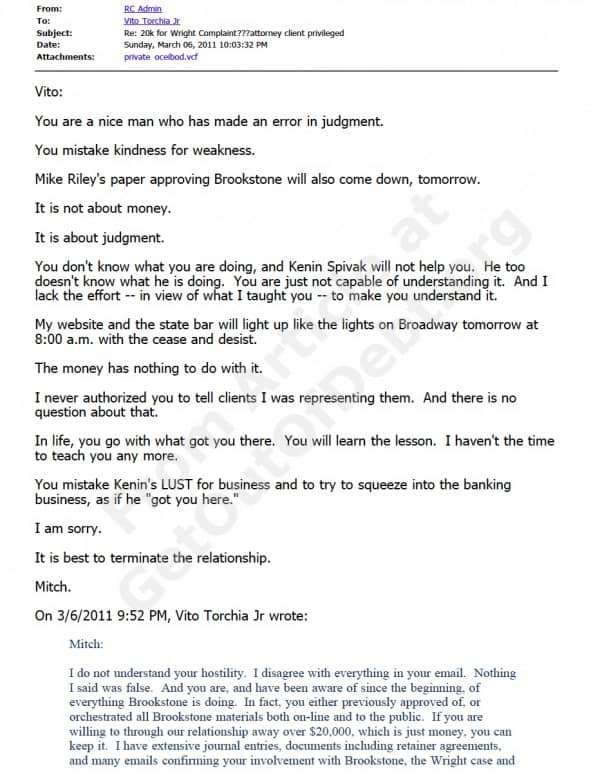 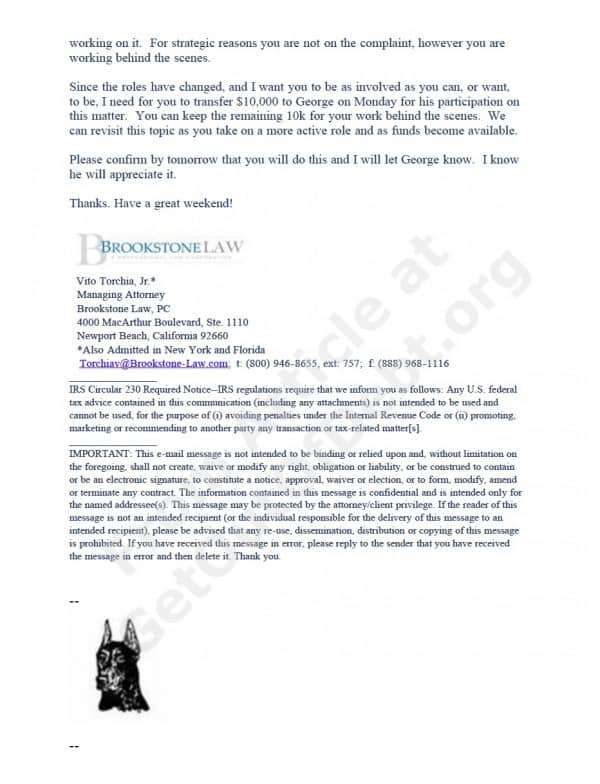 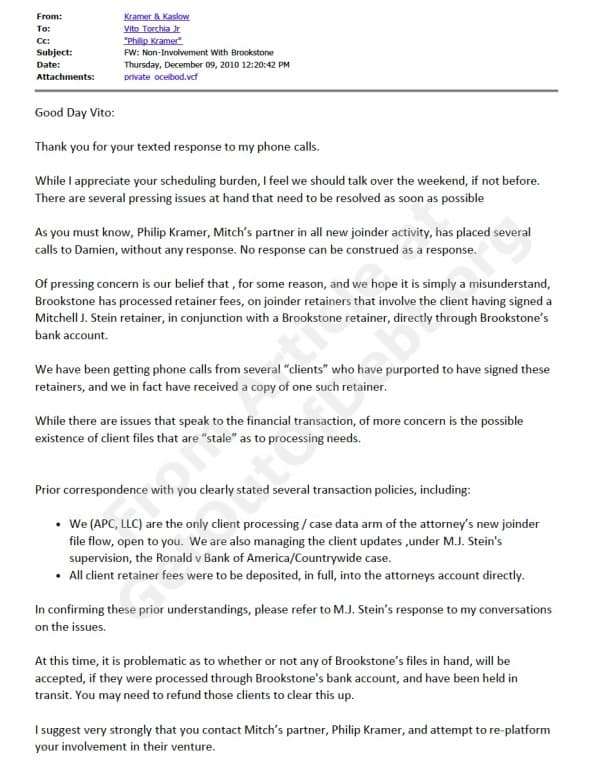 92 thoughts on “Vito Torchia Jr. of Brookstone Law is My Hero Today for Laying Out the Mass Joinder History”