I was communicating with Mike Croxson, president of CareOne, who shared his written testimony with me regarding his view of the new proposed California SB 708 Debt Settlement Services Act.

You can see his full testimony below. 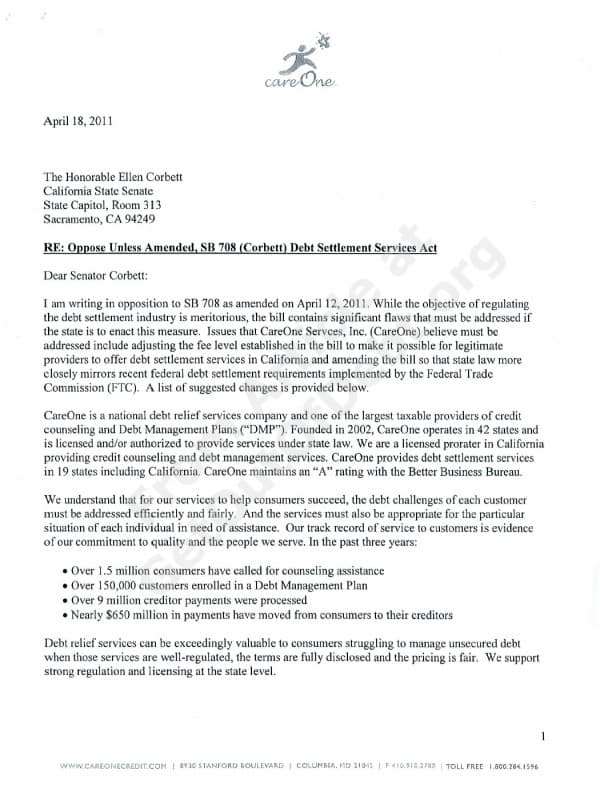 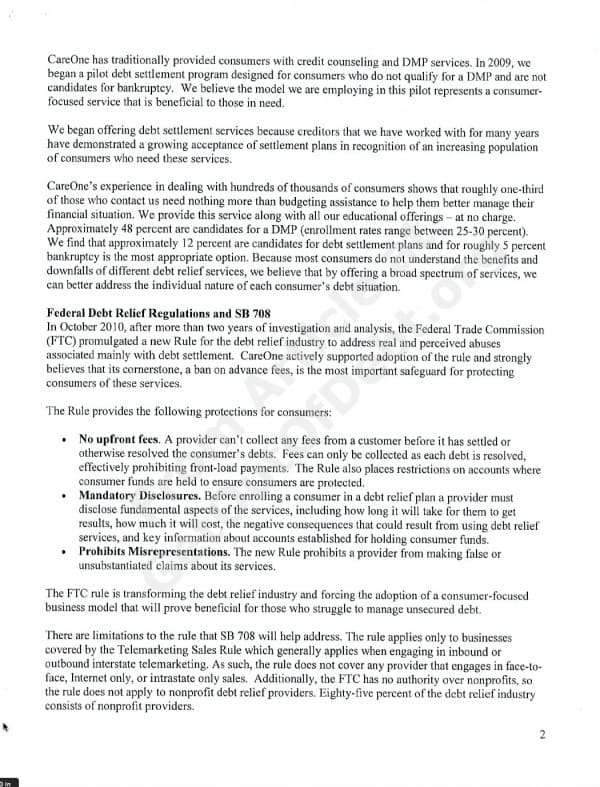 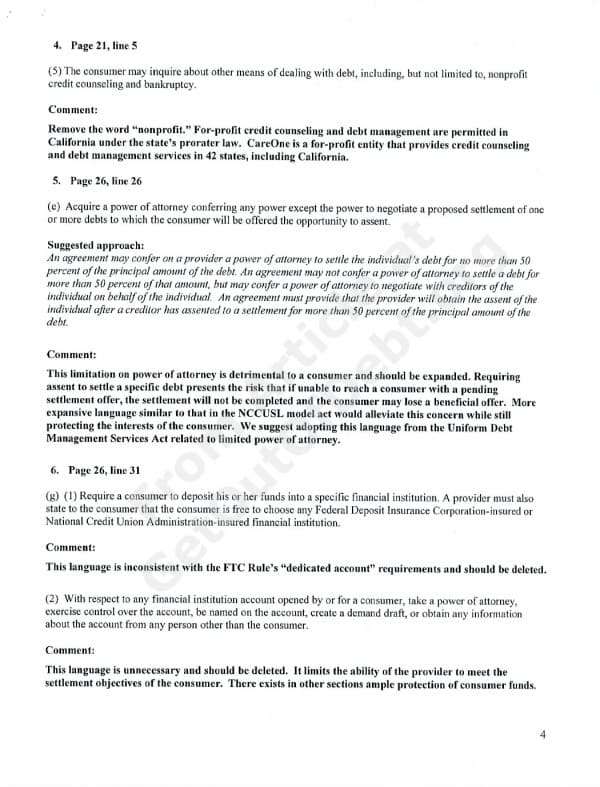 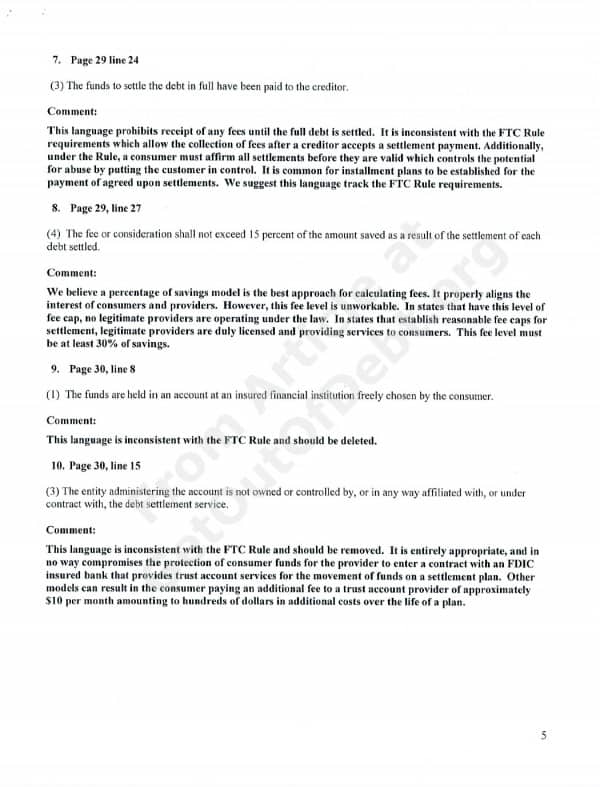