Previously I wrote about an enterprise of fake process servers that appeared to really be debt collectors, see Fake Process Servers Work Hard to Scare Money Out of Consumers.

What caught my eye were the similarities between the companies in the recent FTC suit and the different set of companies named in my previous article, here.

The companies in the suit operate out of Corona, California and use similar private UPS mailboxes.

National Filing Services, which is a similarly named company as the companies in my previous article, operates out of 1191 Magnolia Ave, D-381, Corona, CA 92879.

If you read my previous article you will find they all appear to operate out of similar mail drops as well.

The FTC suit states that Jason Begley and Wayne Lunsford were the two principals running the show. Begley’s name previously came up in the comments over in that first article.

It’s no surprise that action was taken. The claims made by the FTC sound similar to what I uncovered previously. The FTC states, “Specifically, Defendants falsely claim that a lawsuit has been or soon will be filed against the consumer to collect the debt. They falsely claim that the consumer owes attorney fees and/or court costs for the fictitious legal action. They falsely represent they are process servers seeking to serve the consumers with legal action or arrest, or seizure, garnishment, or attachment of a consumer’s property or wages if the consumer does not agree to pay the alleged debt, when such action is not lawful or when Defendants have no intention of taking such action.”

The FTC suit also states the Defendants violate other FDCPA provisions and do not properly disclose their identity and fail to notify consumers of their right to dispute and obtain verification of their debts.

The suit describes the enterprise in depth and alleges how it all works. According to the suit, the consumers is made to believe a lawsuit has been filed or will soon be filed against them. The consumer is offered an opportunity to settle the case by making a payment instead of having to deal with the lawsuit.

The debt collectors pretend they are process servers and call consumer’s employer, family member, friend or neighbor. These people have been told that the consumer is about to be sued and they may be arrested if the consumer does not properly call back.

Employees of debt collectors are told and instructed on the following tactics. 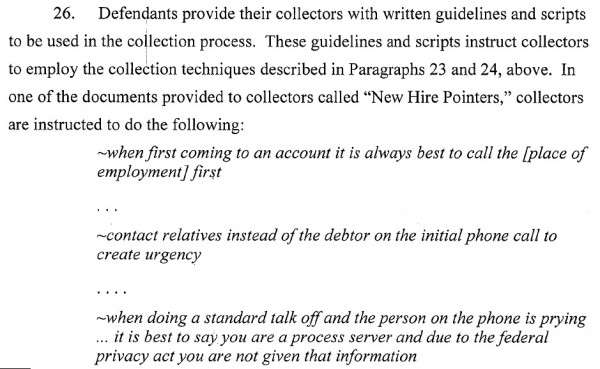 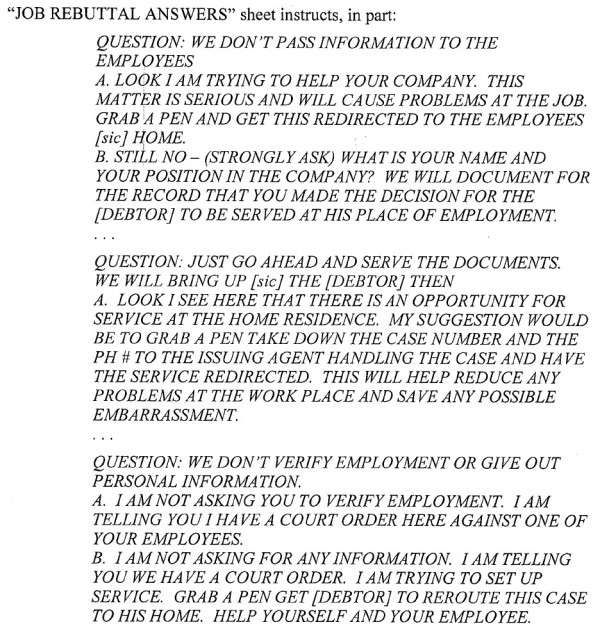 You can read the entire FTC lawsuit, here.

A reader reports that Wayne Lunsford appeared in the following information on the web. Santa Monica’s local Team Fight Science fighter Mozzy Arfa made quick work of Riverside’s Wayne Lunsford by slamming him violently to the mat and followed up with unchecked hammer fists from the side-control. With Lunsford unable to defend himself intelligently, “Doc” Hamilton stopped the fight at 48 seconds of the first round. – Source