Mitchell Stein, one of the attorneys that was raid in California in August for related mass joinder marketing, just received a very unfavorable court ruling in his attempt to wiggle something out from under the seizure of his law practice.

I’ve even heard rumblings from some that Stein was returning to practice, got his client files back and was ready to proceed with his pay to join mass lawsuits against mortgage companies and banks.

The court saw it otherwise.

“In addition, Stein contends he did not participate in the prohibited conduct, arguing that he was a victim. However, the evidence submitted belies that contention and compromises his credibility.

As more fully set forth in the Tentative Ruling on the People’s Petition, there is ample evidence to the contrary. Matthew Davis’ declaration demonstrates that Stein was working with Kramer and the non-attorney defendants. Clarence Butt and Thomas Phanco in their declarations attached to the Receiver’s Report, recount a meeting led by Kramer and Stein about the mass joinder lawsuits. Glen Reneau admits he met with Stein on three occasions. Even emails from Defendant Kramer confirm his involvement and receipt of payment from the Kramer offices.

It is simply not believable that Stein did not participate in the mass joinder lawsuit marketing scheme.” 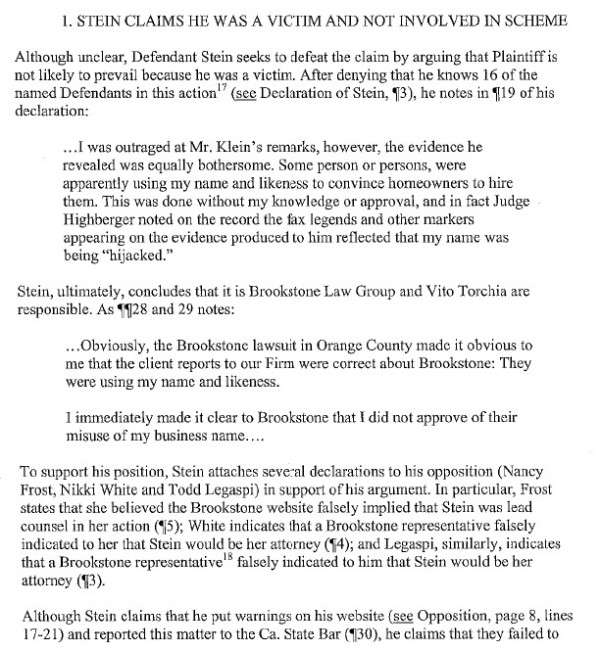 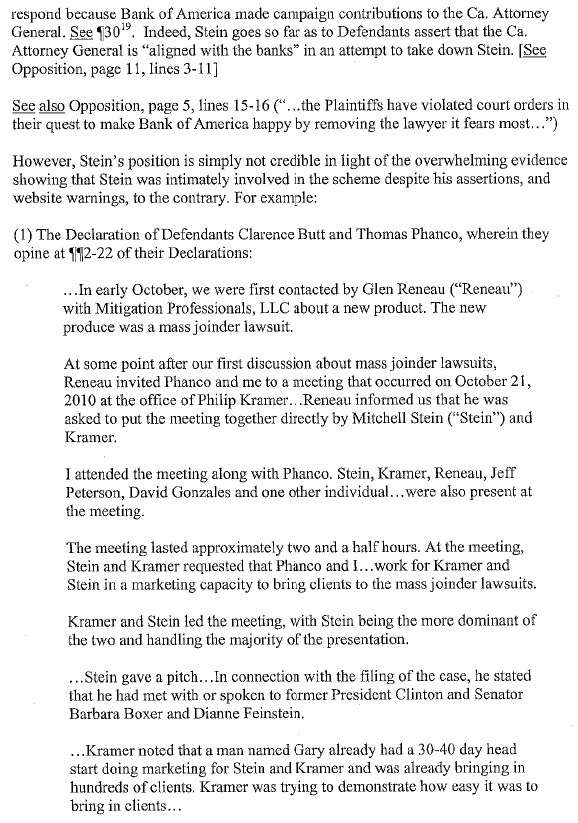 You can read the rest of Stein’s claim and more of the ruling by reading the full court order here.

Follow Me
Latest posts by Steve Rhode (see all)
See also  A Company is Promising to Lower Our Mortgage Rate to 2 Percent. Is That True? - Emmy