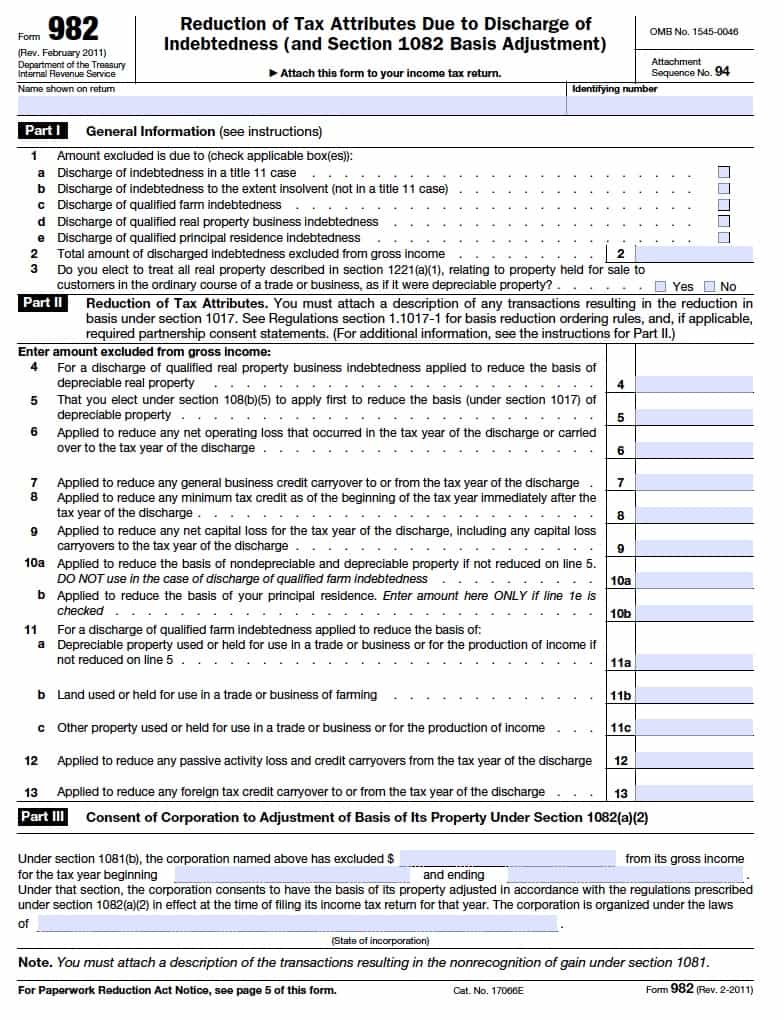 If you are one of the lucky few who have qualified for a discharge or cancellation of your student loan debt, you may be shocked to learn the debt may not be over with just yet.

A reader brought to my attention that the forgiveness of student loan debt, even under a disability discharge, can result in the issuance of a 1099-C notification to the Internal Revenue Services and the forgiven debt will have to be reported on your income tax return just as if you earned it. You may then have to pay income tax on that forgiven debt. Yikes!

So What is a Student Loan?

A student loan is defined as “any loan to an individual to assist the individual in attending an educational organization described in § 170(b)(1)(A)(ii) made by (A) the United States, or an instrumentality or agency thereof, (B) a State, territory, or possession of the United States, or the District of Columbia, or any political subdivision thereof, or (C) certain tax-exempt public benefit corporations. The Taxpayer Relief Act of 1997 (1997 Act), Pub. L. 105–34, added § 108(f)(2)(D), which amended and expanded the definition of “student loan” to include loans made by the educational organizations themselves if the loans were made either:

(i) pursuant to an agreement with any entity described in subparagraph (A), (B), or (C) under which the funds from which the loan was made were provided to such educational organization, or

(ii) pursuant to a program of such educational organization which is designed to encourage its students to serve in occupations with unmet needs or in areas with unmet needs and under which the services provided by the students (or former stu- dents) are for or under the direction of a governmental unit or an organization de- scribed in section 501(c)(3) and exempt from tax under section 501(a).

Here is how the IRS defines a debt.

A debt is any amount owed to you, including stated principal, stated interest, fees, penalties, administrative costs, and fines. The amount of debt canceled may be all or only part of the total amount owed.

Creditors must report forgiven debt when the debt is cancelled.

If you are insolvent, meaning your liabilities exceed your income, there is a way to be exempted from any tax that might be due from forgiven debt. And as you can imagine, these tax issues are tough and complex. If you get a 1099-C or have forgiven debt, please talk to a competent tax adviser for specific advice. I’m not that guy.

The IRS has a form 982 which can eliminate tax due following loan forgiveness. 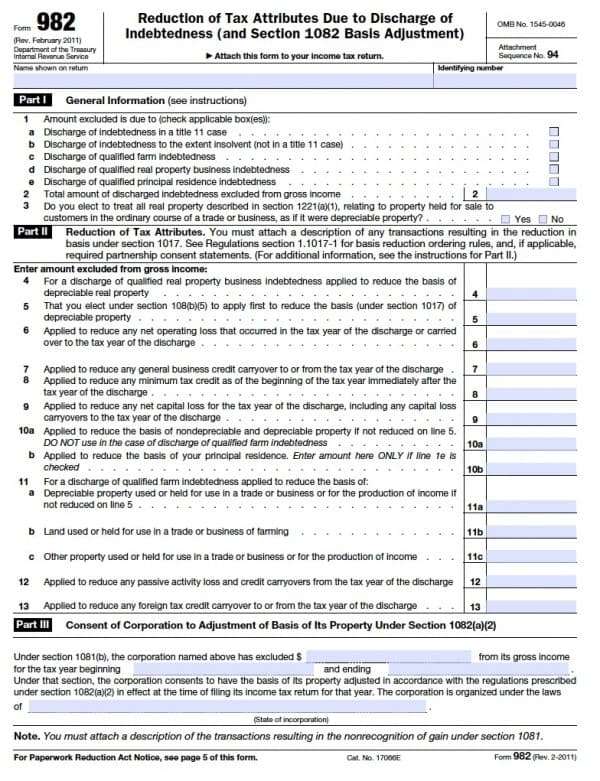 But as you may know by now, the IRS is not the bastion of clarity.

According to the IRS which feels discharged or forgiven student loan debt may be taxable, they also say, “The cancellation of a student loan for a student required to work for certain employer” is an exception to the rule. How that’s defined is uncertain.

Even if you are not completely insolvent, you would only be taxed on the amount of the forgiven debt that took you above being solvent.

If the forgiven student loan was $20,000 it is my understanding that only the amount of the debt that takes you above a break-even point is taxable. In this case only $10,000 of the forgiven debt would result in taxes due.

If you are unable to pay the taxes due you can either make a payment agreement with the IRS or after more than three years the IRS debt can be forgiven in a consumer bankruptcy without any tax liability.

I fully appreciate this can be confusing and mind bending but that’s why I think you should consult with a tax adviser. And if you don’t make a lot of money, you may even be eligible for free tax help through the VITA program.

I don’t want you to become alarmed, just informed. Be aware that the discharge of student loans is not the end of the journey to dealing with your student loan debt, there is one more step in the process to deal with.

2 thoughts on “Student Loan Forgiveness or Discharge Can Create a Huge Tax Bill. Watch Out!”