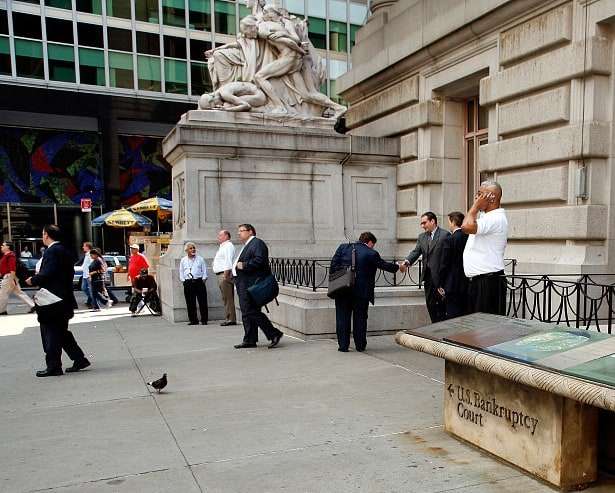 Declaring bankruptcy in Michigan can be quite stressful depending on the type of familiarity that one has with the legal system in the area. Depending on the amount of assets that one has on hand and the type of properties that are considered as exempt from the declaration of bankruptcy, those who are on the fence will want to either file for Chapter 7 or 13. Chapter 7 is considered as a “straight bankruptcy” and is most common for those who are declaring bankruptcy while Chapter 13 is more of a reorganization system. Chapter 13 will allow for debtors to attain some type of relief from the debt that has accumulated while creditors will be able to attain some type of repayment plan. The main difference about bankruptcy in Michigan is due to the exemption laws.

Those who are interested in declaring bankruptcy in Michigan due to the fact that they have no assets on hand to pay back their debt will want to consider looking into Chapter 7. Discharge in Chapter 7 can be applied to all debts – including medical and credit. The debts are waived or dismissed; however, those who are eligible for Chapter 7 will have to be earn under a certain income and also pass a means test that is unique to the state. Any nonexempt property will be sold by the bankruptcy trustee in order to repay some of the debt that has accumulated. Most people who declare bankruptcy in Michigan will generally declare it under Chapter 7. This means that they have no other options left as all funds that are available are considered as exempt. Exempt property will differ by state, and Michigan has its own set of laws in regards to exempt property.

Those who are looking for some type of relief in debt repayment and has some type of disposable income available after paying off the essentials will want to consider taking a look at Chapter 13 instead. Chapter 13 is considered as a middle ground as it will allow for debtors to attain some type of relief in regards to the debts that have accumulated. They allow for those in debt to make partial payments on a repayment plan, and they will waive the remaining debt after the payment plan has been completed.

When considering the option of declaring bankruptcy in Michigan, the main aspects to consider will fall under the exemption laws that have been set up by the state. Since each state has different exemption laws, it is important to take a look at the laws that are unique to Michigan and the type of assets that one has under their name. Depending on the type of assets under their name, one will either have to file under Chapter 7 or Chapter 13. Those who are unsure of the laws may want to consider contacting a bankruptcy attorney for more information as they will not only provide the needed consultation and advice, but they will also be able to help file for bankruptcy and deal with the paperwork involved. The paperwork is rather tedious and can be a headache. Exemption laws will include the homestead exemption. The homestead exemption will be for homes that are under $30 000 or $45 000 if the owner is over 65 years of age or suffering from a disability. Family pictures, and the value of clothing and food that will last for 6 months is also considered as exempt property for those who are declaring bankruptcy in Michigan. A motor vehicle of up to a value of $2 775 is also considered as exempt property. Crops and tools up to $ 2 000 are exempt along with child support and alimony. In addition, household goods, furniture, appliances, tools, books and jewelry of up to $ 3 000 are also considered to be exempt. Last but not least, the head of the household will find 60% of their wages to be exempt under the law, and other family members will be able to have 40% of their wages exempt from the bankrupcy. Laws regarding bankruptcy in Michigan will also depend on one’s condition as well.