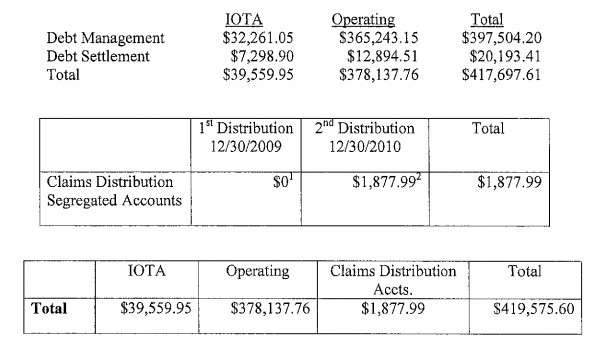 A reader asked the following question, “The receiver in the Hess Kennedy case paid their attorneys over $68,000 and paid himself over $38,000. How come Daniel Stermer is still earning $38k per month?”

They provided a link to this file.

I took a look at the file and here is a summary of what I did find.

The remaining inventory has an estimated value of approximately $500.00 due to current economic conditions which have resulted in a surplus of used office furniture and equipment in South Florida.

3 thoughts on “Why Does the Hess Kennedy Receiver, Daniel Stermer, Get Paid So Much Money?”