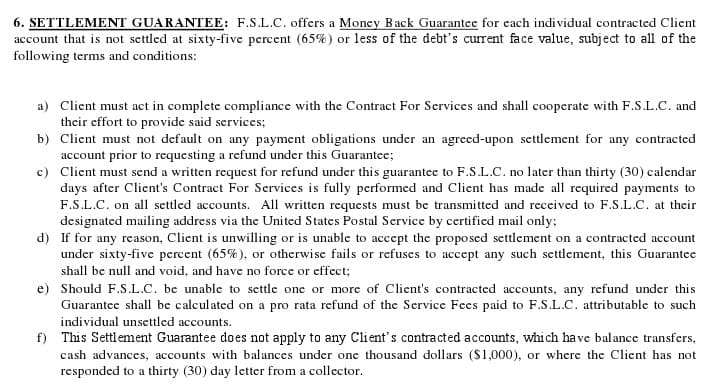 A reader and tipster (send in your tips here) sent me in a number of recorded calls with LHDR and information of her attempt to hunt down the Irvine office.

“I have reported LHDR to BBB and attorney general in California, Colorado and Illinois.

I happened to be visiting in California – so I attempted to find these guys at LHDR – with the “physical address” they gave me – it turned out to be a Mailboxes etc store and a PO box — called a Suite Gxxx — to pretend it is an actual address.

The I went on their website under “locations” and found an address in Long Beach — the directory of the building listed Legal Helpers and above that was Macey Bankruptcy Law Firm.

There is something fishy going on. The problem I have is getting them to honor their “guarantee clause”.

If they can’t reduce my debt by 35%, they will refund the fees for that particular debt. Now they are saying I was issued a “courtesy refund’ for one of the cards that was in litigation but was dropped from litigation. Then they claim I had balance transfers – citing statements not provided by me that did not reflect the debt I put into the program.

So i gave up and filed complaints wherever I could. When I received the first refund – I never gave permission or acknowledgement that I acceped the refund. I told them I wanted it itemized on what that refund was for and was told that they don’t put anything in writing because it is all in the contract – so now i’m having issues trying to explain that they specifically told me that refund was for one debt (credit card xxxx) and the remaining would be refundd if debt not reduced by 35%….

So if anyone is dealing with LHDR – dont; if you try to get a refund – digitally record all your conversations so you can submit with all complaints.

I still have all my credit cards that i have turned over to a reputable debt relief company – they dont get paid unless they settle the account.

In the document from Financial Solutions Legal Center (which later turned over to LHDR), note paragraph 6 – guarantee and specifically 6f on balance transfers.

Also attached are digital recordings that confliced with later conversations. LHDR was claiming that a transfer from a stolen card to a replacement card was a balance transfer — (balance transfers have lower interest rates as a promotional tool from time to time) — that is why that clause 6f is in there.”

Below you can listen to the end of one of the recording the reader sent in. What you hear is someone that identifies herself as Lorainna, a Client Services supervisor at Legal Helpers Debt Resolution in the Irvine Office.

Posting all the calls would take hours of your time to listen to but here is a four minute excerpt that is worth listening to.

What you will hear is the representative says the consumers is only due a courtesy refund as a partial refund for a debt not settled. The alleged LHDR supervisor tells the client, “We don’t give out anything in writing, we go over everything over the phone.” So how is a client supposed to get facts and important issues memorialized then without keeping their own recordings of all calls?

The LHDR client gets upset and says she is going to file a complaint with the main office of Legal Helpers Debt Resolution. She presses the supervisor for the name of the representative attorney in California, now bear in mind the supervisor says she works in the Irvine, California office but her response is, “I’m not sure you would have to do the research.”

See also  Should I Give Up on Legal Helpers Debt Resolution. I've Already Been Sued. - Steve

[Insert the sound of me shaking my head, here.] UFB.