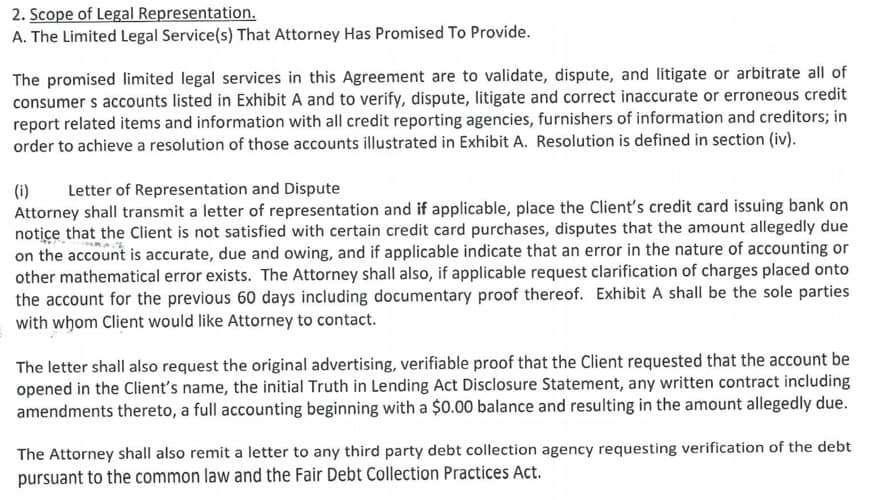 A reader sent in a recent contract for services from the debt relief company August Belmont. The tipster (send in your tips here) wanted me to read and review the agreement.

What follows is a summary of the highlights of the alleged agreement.

According to the agreement, the consumer is not being referred to an attorney for credit counseling, debt settlement or debt negotiation services. The contract states the goal is to “review various contracts that you have entered into with third parties so as to determine what your rights and responsibilities are under the terms of the contracts. In the event that any party to the contract (creditors, collection companies, credit reporting agencies, furnishers of information) has breached the contract or violated one or more of your federal rights, you desire that the attorney initiate a dispute, litigation or arbitration on your behalf.”

The consumer states they understand the creditors may continue to contact them.

Any legal fees are paid directly to the servicing attorney, the agreement says. 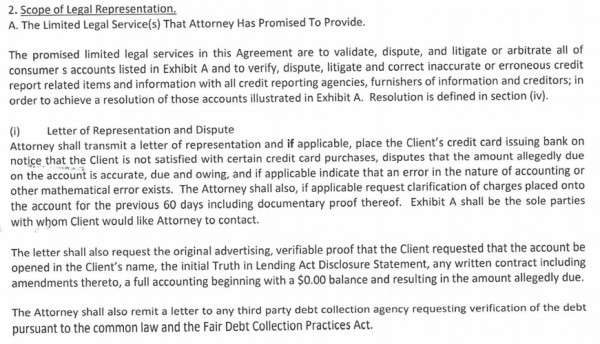 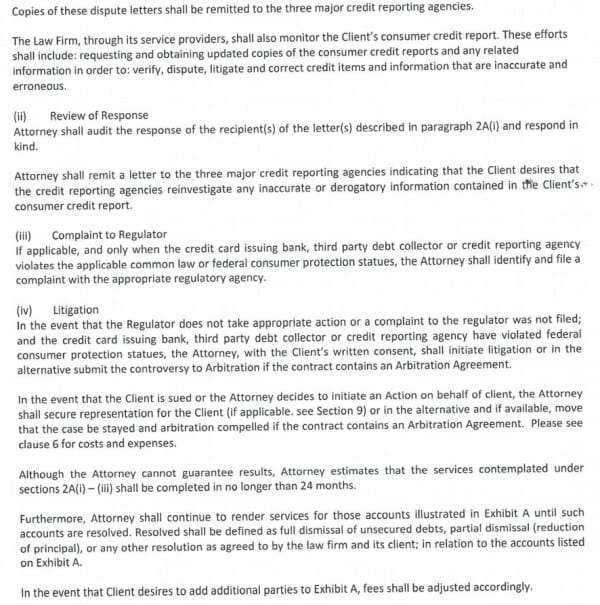 According to the agreement, attorney Herman is charging the consumer many thousands of dollars for these services. As a courtesy for the consumer, the attorney has agreed to finance the massive fee at 0% APR for a number of months. 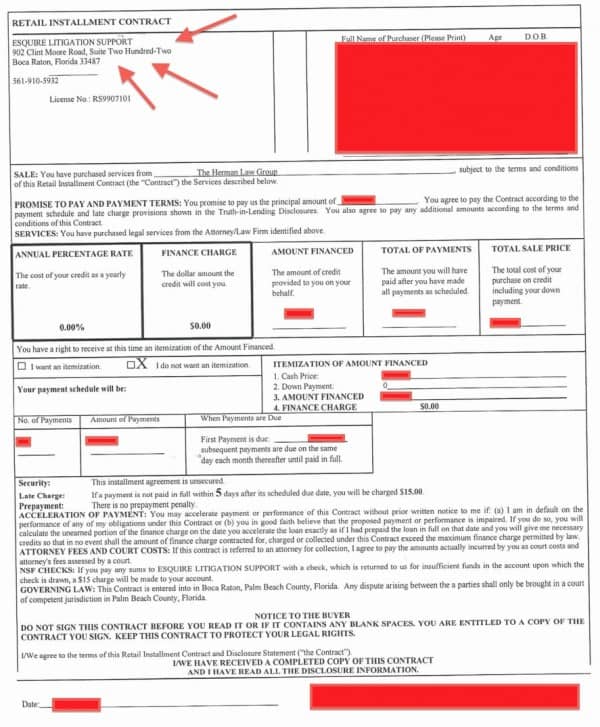 The name ESQUIRE LITIGATION SUPPORT PARTNERS is a fictitious name that is registered to Ed Cherry and Larry Diodato. – Source

The finance agreement says that payment processing will be handled by Meracord, the former NoteWorld escrow company.

The consumer was also enrolled in a credit repair company for an additional monthly charge. The tipster (send in your tips here) says that when all the monthly fees are combined, the total fee the consumer will pay for these dispute and review services will be over 40 percent of the debt enrolled.

As a coincidence, the address of August Belmont and Company is also the address of The Fidelity Land Trust Company who I have written about recently.

August Belmont and Company, LLC was formed on October 15, 2012 by Lawrence “Larry” Diodato as the authorized representative of August Belmont Partners. – Source

Unfortunately the State of Florida does not have a fictitious name or company registered to do business that I could locate under the name August Belmont Partners. I sent an email to the attorney for August Belmont and Company, Robby Birnbaum, who has stated he represents the company. An answer had not been received about August Belmont Partners by the time of publication. I will update the story with his response when it is received.