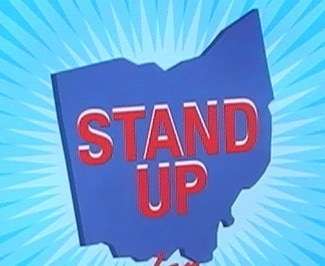 Thanks to Jessica Silver-Greenberg from the New York Times we get a great look inside the credit card lawsuits that are rolling out today, and they reek.

Judges interviewed for the piece say that if consumers actually appeared in court, they might actually win many of these suits because the debt buyers suing can’t actually prove the debt is valid.

We’ve known for some time now that the same problems the mortgage industry faced with robo-signing has plagued the debt buyer industry. Much of the documentation that is supposed to support the proof of the debt either doesn’t exist or can’t be supported. Sellers of bad debt were passing on the debt for a fraction of the face value but often with nothing more than a spreadsheet of information that is probably inaccurate doesn’t prove a thing.

“I would say that roughly 90 percent of the credit card lawsuits are flawed and can’t prove the person owes the debt,” said Noach Dear, a civil court judge in Brooklyn, who said he presided over as many as 100 such cases a day.

But even presuming the bad debt buyers have a problem of being able to verify the information, apparently even the issuers of the credit are having some issues as well in delivering specific accurate information.

In one case cited in the NYT article, American Express was unable to provide specific evidence about how the company came up with the balance owed. The employee from American Express who testified is said to have essentially given the same generic description in a number of cases. A judge labeled this approach as “robo-testimony” rather than a factual accounting of the debt owed the company.

Interviews with dozens of state judges, regulators and lawyers, however, indicated that such flaws are increasingly common in credit card suits. In certain instances, lenders are trying to collect money from consumers who have already paid their bills or increasing the size of the debts by adding erroneous fees and interest costs.

The reason many of these lawsuits windup as victories for the creditors is because only 5 percent of consumers actually show up to fight the suit. Most lose by default.

Many judges said that their hands are tied. Unless a consumer shows up to contest a lawsuit, the judges cannot question the banks or comb through the lawsuits to root out suspicious documents. Instead, they are generally required to issue a summary judgment, in essence an automatic win for the bank.

“I do suspect flaws,” said Harry Walsh, a superior court judge in Ventura, Calif. “But there is little I can do.”

The New York Times article contains a lot more information. It’s worth reading and you can read it here.