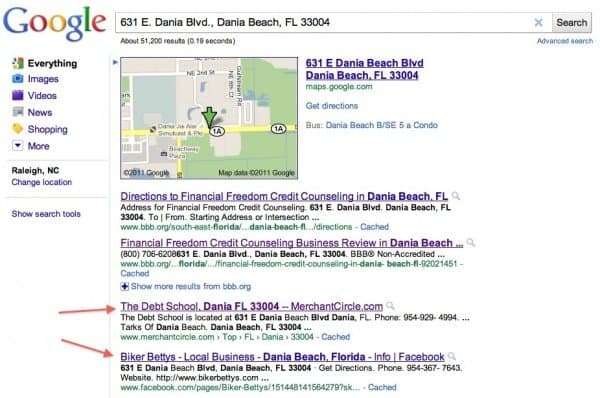 The Federal Trade Commission has been kicking debt relief butt recently. They’ve been closing down bogus outfits almost faster than I can write updates about them.

The latest is a company a reader and tipster (send in your tips here) alerted me about. I then made a secret shopper call you can listen to. See Fake Nonprofit Credit Counseling Agency Robocalls Lead to Financial Freedom and Southeast Trust.

At the request of the Federal Trade Commission, a U.S. district court has temporarily halted a debt relief operation that allegedly charged cash-strapped consumers hundreds of dollars based on the false claim that it could obtain rates as low as zero percent.

The agency estimates that the operation’s gross revenues since January 2008 were at least approximately $11.8 million, according to documents filed with the court. The FTC complaint names as defendants Southeast Trust, LLC (formerly known as The Debt School, LLC, also doing business as Financial Freedom Credit Counseling), and the companies’ principal, Paul A. Wexler. The court order stops the illegal conduct and freezes the operation’s assets while the FTC moves forward with the case.

According to documents the FTC filed with the court, the defendants “callously take advantage of consumers who seek debt relief services in this difficult economic environment.” The complaint alleged that the defendants claimed to be a non-profit group that targeted consumers with robocalls, and with ads on websites such as southeasttrust.com and thedebtschool.com. The defendants promised a single monthly payment, an interest rate ranging from zero percent to six percent, and that consumers would be debt free in three to five years.

As part of its continuing crackdown on scams that target consumers in financial distress, the FTC alleged that despite charging consumers an illegal, up-front enrollment fee that varied from $250 to $400, the defendants did not provide any services.

According to the complaint, consumers who responded to ads on the defendants’ websites or who received a robocall from them got a recorded message from “Kathy with Financial Freedom,” which said, in part, “You may recall receiving a letter saying you’ve been approved to consolidate your credit cards down to as low as a 1.5 percent interest rate. This is not a new loan. You’ve already been approved by a certified non-profit agency.” The recorded message provided a toll-free number, which eventually routed consumers to “certified credit counselors,” who were no more than telemarketers, the FTC charged.

See also  I Signed Up WIth Financial Freedom - Southeast Trust But Want Out. - Michael

Under the pretext of getting the debt consolidation process started, the “certified credit counselors” asked consumers to provide their bank account numbers and other personally

identifiable information, according to the complaint. The consumers were told their accounts would not be debited until they signed contracts for the defendants’ debt relief services, but in numerous instances, the consumers’ accounts were debited without their authorization.

The FTC charged the defendants with multiple violations of the Federal Trade Commission Act and the Telemarketing Sales Rule for misrepresenting to consumers that:

The complaint also alleges that the defendants violated the Telemarketing Sales Rule by:

This is a good case to read to learn what not to do. You can read the full complaint here.