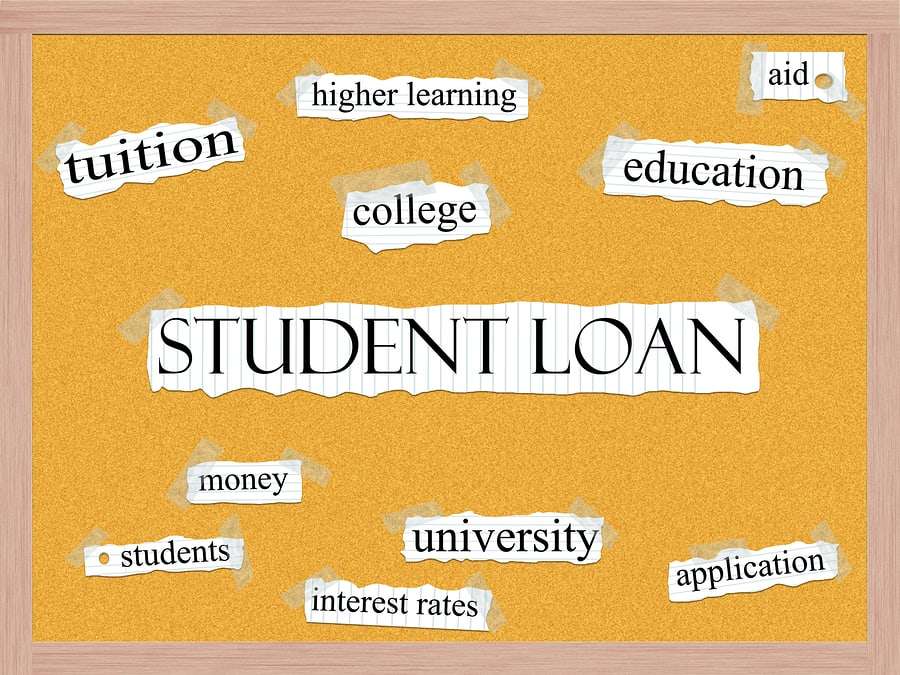 For years we’ve all heard the same message that it’s near darn impossible to discharge student loans in bankruptcy. We’ve heard that the undue hardship standards make it so onerous that expecting a student loan discharge is all but an act of God. But what if that belief was actually more myth than fact?

The research found that consumers that were able to successfully discharge their student loans in bankruptcy under the undue hardship standard had these three characteristics.

After studying previous bankruptcy filings, Iuliano stated, “Incredibly, only [one-tenth of one percent] of student loan debtors who have filed for bankruptcy attempt to discharge their student loans.” – You can read full study here. 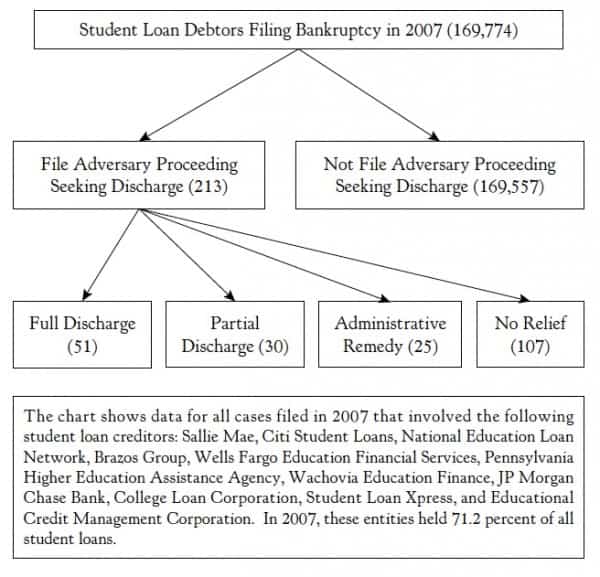 A review of the results obtained by filers shows the majority of those approved for student loan discharge, received a full or partial discharge of their student loan debt.

So Why Don’t More Even Try?

Second, it’s quite possible that student loan collectors and the media tell consumers that there is no sense pursuing bankruptcy since student loans can’t be discharged so they never attempt to.

Third, a wide number of bankruptcy attorneys are convinced that student loans can’t be discharged under bankruptcy and never even try to include them or pursue an adversary hearing to go for the discharge.

Admittedly, I’ve held this old assumption as well and have said for years that an undue hardship discharge is not possible for many. It wasn’t until reading this most recent research released in September of 2012 that proof has been shown otherwise.

See also  Do You Think I Could Eliminate My Federal Student Loans With the Brunner Test? - Leslie

The study author also postulated why so few try:

Nonetheless, an important question remains: why do so few people in bankruptcy attempt to discharge their student loans? A couple reasons likely account for this phenomenon. First, the view that student loan discharges are nearly impossible to obtain may be a self-fulfilling prophecy. As mentioned earlier, journalists and academics have long asserted that it is nearly impossible to meet the undue hardship standard. If debtors take these comments to heart and believe that their chances of success are trivial, they will be less likely to attempt to discharge their educational debt. Judges grant so few discharges simply because they hear so few student loan cases. Unfortunately, with judges granting so few discharges, commentators feel even more justified in arguing that the undue hardship requirement is too harsh. Thus, the cycle continues.

A second reason that people may choose not to pursue discharges is that they do not have money to pay an attorney. Because the adversary proceeding is essentially a trial, debtors may believe that they need an attorney in order to win. Quite reasonably, they do not think they will be able to represent themselves against a large company such as Sallie Mae or Wells Fargo. My study, however, shows that a debtor can be successful without an attorney. In fact, after controlling for other factors, I found that there was no statistical difference in outcome between pro se debtors and debtors represented by an attorney.

As bankruptcy attorney Gary Armstrong stated in a recent post on this subject, “The main lesson from the findings is the minimal participation by debtors. Surprisingly, less than one tenth of one percent of debtors who file for bankruptcy even attempt to have their student loans discharged.” – Source

Here is the bottom line, more consumers should pursue a student loan discharge in bankruptcy. While the majority may not receive a discharge, a large number that don’t even try would receive a substantial benefit or relief to allow them to move forward with their financial lives.

Reality Check: The reality is that the cost of fighting the student loan lender for a rightful elimination of student loan debt can be an expensive process that many who file bankruptcy can’t afford to pursue.

The bottom line here is that if you have student loans you should discuss this article and these issues with your bankruptcy attorney to clearly and specifically understand what it would take for you to fight for a discharge of your student loans.

Even a number of those that pursued a full discharge of their debt, that were not discharged by the court, were able to come to an agreement with their student loan lender to settle their loan balance instead. Either way, that’s a victory for consumers with unmanageable student loan debt.

If you find a bankruptcy attorney that says it’s not possible to discharge your student loans, send them the link to this article and let’s help open their eyes to the research.

For more information on dealing with student loans in bankruptcy, see the articles below.

Additionally many private student loans were bundled and sold, much like mortgages were. If pressed it might be very hard for the true ownership to be legally proven. That is a much more complicated course of action but I believe we will see this develop into a bigger issue.

In some areas the payments can be reduced. In general the bankruptcy will stop all collection activity and potentially fees for the five years you would be in a chapter 13 bankruptcy.

Hopefully the laws will change in the years ahead and private student loans will be dischargeable again as they were before 2005.

39 thoughts on “How to Really Discharge Your Student Loans in Bankruptcy. Many Can. But Never Try.”