Vehicle debt was in mine and my wife’s name.

We cannot file a joint 1099, as we are divorced. How is this handled? Do we both pay taxes on the full amount or should it be split? Would this be a 4598 situation? 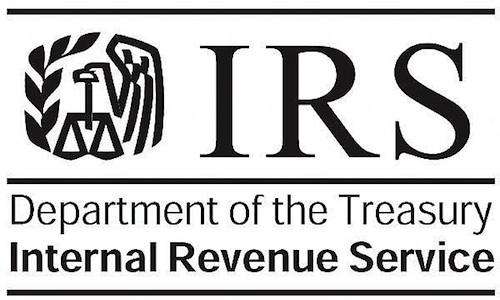 Thanks for your question.

Here is your scenario:

Your question: How do you report the gross amounts?

Persons who each receive a Form 1099-C showing the full amount of debt. If you and another person were jointly and severally liable for a debt that is canceled, each of you may get a Form 1099-C showing the entire amount of the canceled debt. However, you may not have to report that entire amount as income. The amount, if any, you must report depends on all the facts and circumstances, including:

The publication gives an example similar to your situation:

Example 3—joint debt and separate returns.
In 2012, James and his wife Robin were released from their obligation to pay a debt of $10,000 for which they were jointly and severally liable. None of the exceptions to the general rule that canceled debt is included in income apply. They incurred the debt (originally $12,000) to finance James’s purchase of a $9,000 motorcycle and Robin’s purchase of a laptop computer and software for personal use for $3,000. They each received a 2012 Form 1099-C from the bank showing the entire canceled debt of $10,000 in box 2. Based on the use of the loan proceeds, they agreed that James was responsible for 75% of the debt and Robin was responsible for the remaining 25%. Therefore, James’s share of the debt is $7,500 (75% of $10,000), and Robin’s share is $2,500 (25% of $10,000). By completing the insolvency worksheet, James determines that, immediately before the cancellation of the debt, he was insolvent to the extent of $5,000 ($15,000 total liabilities minus $10,000 FMV of his total assets). He can exclude $5,000 of his $7,500 canceled debt. Robin completes a separate insolvency worksheet and determines she was insolvent to the extent of $4,000 ($9,000 total liabilities minus $5,000 FMV of her total assets). She can exclude her entire canceled debt of $2,500.

When completing his separate tax return, James checks the box on line 1b of Form 982 and enters $5,000 on line 2. He completes Part II to reduce his tax attributes as explained under Reduction of Tax Attributes, later. He must include the remaining $2,500 ($7,500 − $5,000) of canceled debt on line 21 of his Form 1040 (unless another exclusion applies).

When completing her return, Robin checks the box on line 1b of Form 982 and enters $2,500 on line 2. She completes Part II to reduce her tax attributes as explained under Reduction of Tax Attributes, later. She does not include any of the canceled debt on line 21 of her Form 1040. None of the canceled debt has to be included in her income.

Ultimately, you will both need to decide on how to split the forgiven debt based on the facts and circumstances. However, you will both not pay taxes on the amount. Also, you will not change the Form 1099-C via a Form 4598. You will need to report your attributable amount on your return.

I know this may not help much if you cannot come to terms with your ex-spouse. In that case, I would make your best case for the amount attributable to you and report it. In any event, there are many facts and circumstances in which you may want to visit a local tax preparer so that you can evaluate your circumstances and make the appropriate decision.

Jim Buttonow is one of the resident debt experts here at GetOutOfDebt.org that helps people for free. Jim is a licensed CPA who spent 19 years with the IRS coordinating large compliance teams of IRS agents and specialized personnel. In the last 5 years, Jim has invented consumer and practitioner software and treatises on how to address many different tax issues. He has also represented many people before the IRS examination, collection, filing, and appeals functions. He currently assists taxpayers on an active pro bono tax practice aimed at serving people in need. He can be reached at IRSMind.com.

Jim Buttonnow
Jim Buttonow, CPA/CITP, practices in the area of IRS and State tax controversy. He has more than 29 years of experience in IRS practice and procedure. Reach Jim at jim@buttonowcpa.com or through his website www.buttonowcpa.com
Latest posts by Jim Buttonnow (see all)
See also  I'm Finalizing My Divorce But Being Asked to Pay for Debts That Are Not Mine. - Dianne