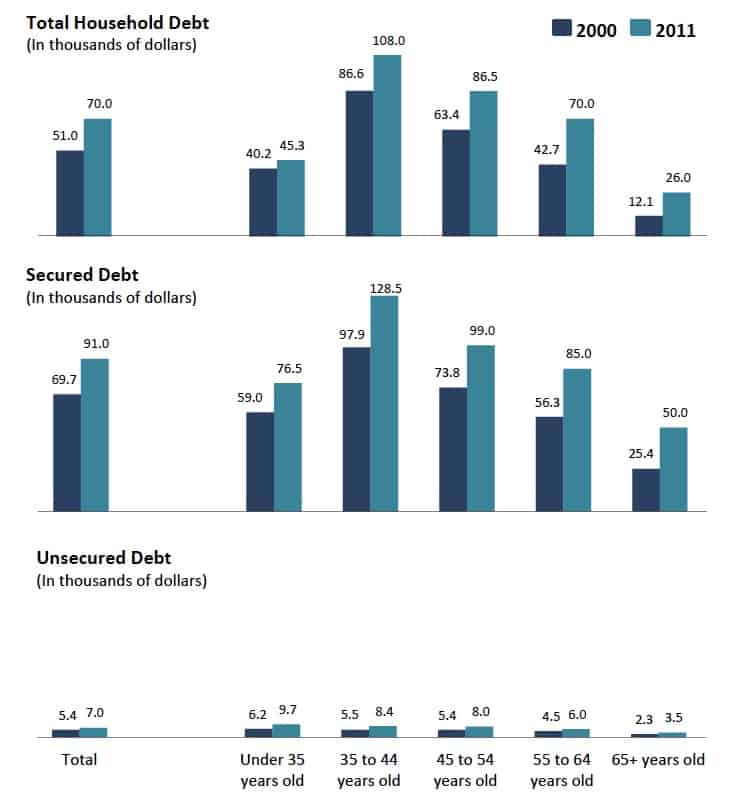 The census bureau has released a new report that chronicles household debt in the U.S. from 2000-2011.

The good news is that fewer households are carrying some form of debt. In 2011 69 percent of households did compared to 74 percent in 2000. 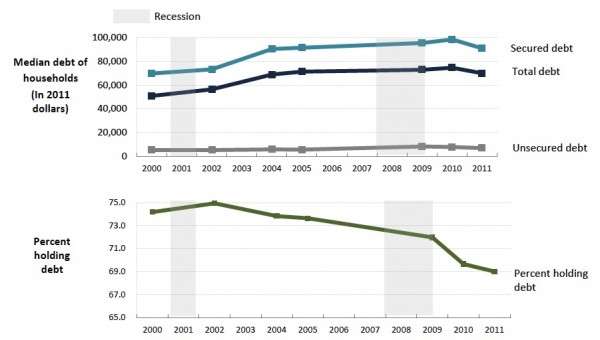 The statistics also tell us older age groups are growing debt faster when they can least afford to deal with it. The 55 to 64 age group had household debt increase by 64 percent and for those over 65 the median household debt more than doubled.

Between 2000 and 2011 the number of households carrying credit card debt decreased from 51 percent in 2008 to 38 percent in 2011. But the evidence continues to build showing that medical debt and student loan debt continue to saddle households. The level of that debt carried by households rose from 11 percent to 19 percent with households younger than 45 carrying more of this detrimental debt. 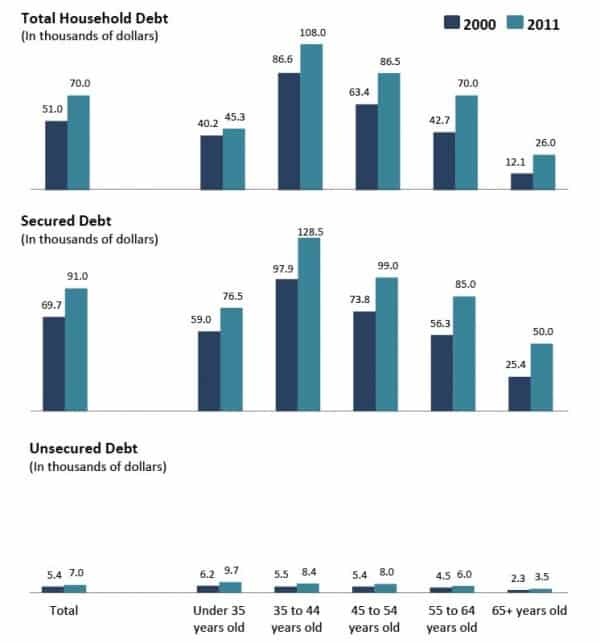 Follow Me
Latest posts by Steve Rhode (see all)
See also  What Do You Know About Real Solutions Consumer Counsel? - D