When I was growing up my Dad found himself unexpectedly unemployed. He went from being an executive to without work, through no fault of his own. I often think back about those days as I read the emails of people that write to me for help who are now unemployed and struggling.

I asked my father to share with you what his experience was like. Here is what he said.

To all of you out there who have been swept up into joblessness by our current economic emergency I urge you to remain strong, stay positive and recognize that the emotional strain and self doubts you are experiencing are part of the process. There are many thousands of you out there right now with many different stories. Here’s mine. I share this very personal and difficult memory in hopes that it will help put some perspective on your situation.

I grew up in humble surroundings. Unexpected opportunities, some luck and the loving support and personal sacrifices by parents and a loving wife allowed me to pursue challenging academic studies culminating in the award of the first Ph D in Political Science granted by Michigan State. This was followed by a professional career in college teaching and administration, private sector professional jobs and federal government work both here and abroad.

You can imagine how exciting, challenging and satisfying my early professional experience was. I began to feel that I was invincible and the future was nothing but more and better experiences. And then it happened. I became a victim of downsizing by a private firm. In what felt like a blink of the eye I went from senior executive to the invisible rank of the unemployed. I was in shock. How do I provide for my wife and children and cover the financial commitments? Equally stunning were the bad feelings and emotional toll—I’m a failure, I’ve dropped out of sight and few care, what did I do to deserve this, it’s not my fault, no wait a minute it’s the work of those blankety-blanks that included me in the downsizing, I’ve been treated unfairly and on and on.

It took a while, along with the understanding and support of my wife, before I could get through the initial shock and to begin making some positive moves, such as looking for job opportunities that would sustain us until we could get back on our feet and be able to hopefully look toward a better future.

The choices were scarce. I final found a job at the National Wildlife Association coding “Ranger Rick” membership applications for conversion to digitized records. I also landed a temporary job at Sears over the Christmas season demonstrating kitchen devices, such as Popeils Kitchen Magician. The demonstrations attracted the curiosity of Christmas shoppers so I always performed before a crowd. 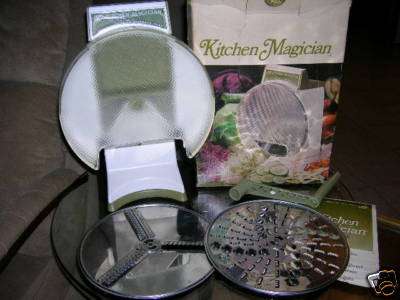 Often the devices did not work as suggested by the advertising and it inevitably drew laughs. To add to my discomfort many times previous professional colleagues and contacts were part of those crowds. My spirit, on the other hand, was always buoyed by the fact that my young son, who didn’t have any concept of what I did in my professional work, loved to come watch, thought what I did was cool and finally could understand what his father did. I was glad when this temp job was over and I went back to my new friend “Ranger Rick”.

Months went by before I was able to find a new professional opportunity that made use of my education and experience and restarted a meaningful and satisfying pathway to eventual retirement. But I will never forget my jobless period. While stressful it was an important part of my life experience. It taught me a number of things: respect for all jobs and workers and taking pride in whatever you do if you do it to the best of your ability; not allowing bumps in the road of life to deter you or lead to lasting negative thoughts about yourself; recognizing that bad times are not generally permanent if you believe in yourself and do what is necessary to move on; the comfort of a loving wife and family.

So know my thoughts are with all of you out there who have hit a bump. Don’t ever give up, keep the faith and keep looking for that silver lining in the future. It is on the way.

As a young child of twelve or so I remember back on those times when my Dad was struggling, not with shame or embarrassment but awe and admiration that he found a way to do what he needed to do to feed his family and earn an income.

See also  Unemployed, Broke, No Family, and in Debt. - Shelia

But those days seem so simple now; we had four television channels, all in black & white; for entertainment I played outside; and dinner out was a few times a year event.

During that unemployed time I even remember a time or two when my parents even asked to borrow money from my piggy bank and then repaid it promptly when they could.

You might be living through a time in your life where you were once a high flying executive and earning a great salary and now you are not employed and don’t know what to do. Here is what I learned from my father, do something.

It is not a matter of having to swallow your pride when you are down and out. It just is what it is. In my case when my father found a job demonstrating the Kitchen Magician at the local shopping mall, I thought it was the coolest thing in the world that he was up on that little stage doing the demo. And when he would put a tomato in the Kitchen Magician and smash down on it, the more smashed it was, the better, I thought. I’m sure he was dejected, depressed and felt like a failure after having run a division at a big corporate company but he sucked it up and did what he needed to do.

So if you are down right now and unemployed, there are still plenty of opportunities to be a hero for your kids, just like my father was to me. Just show them that you understand your role and responsibility as a provider and do what you need to do to get by. If you do, they will always be proud of you.

And as my father said, “Don’t ever give up, keep the faith and keep looking for that silver lining in the future. It is on the way.”

2 thoughts on “You May be Down and Unemployed But You Are Still a Hero to Me.”