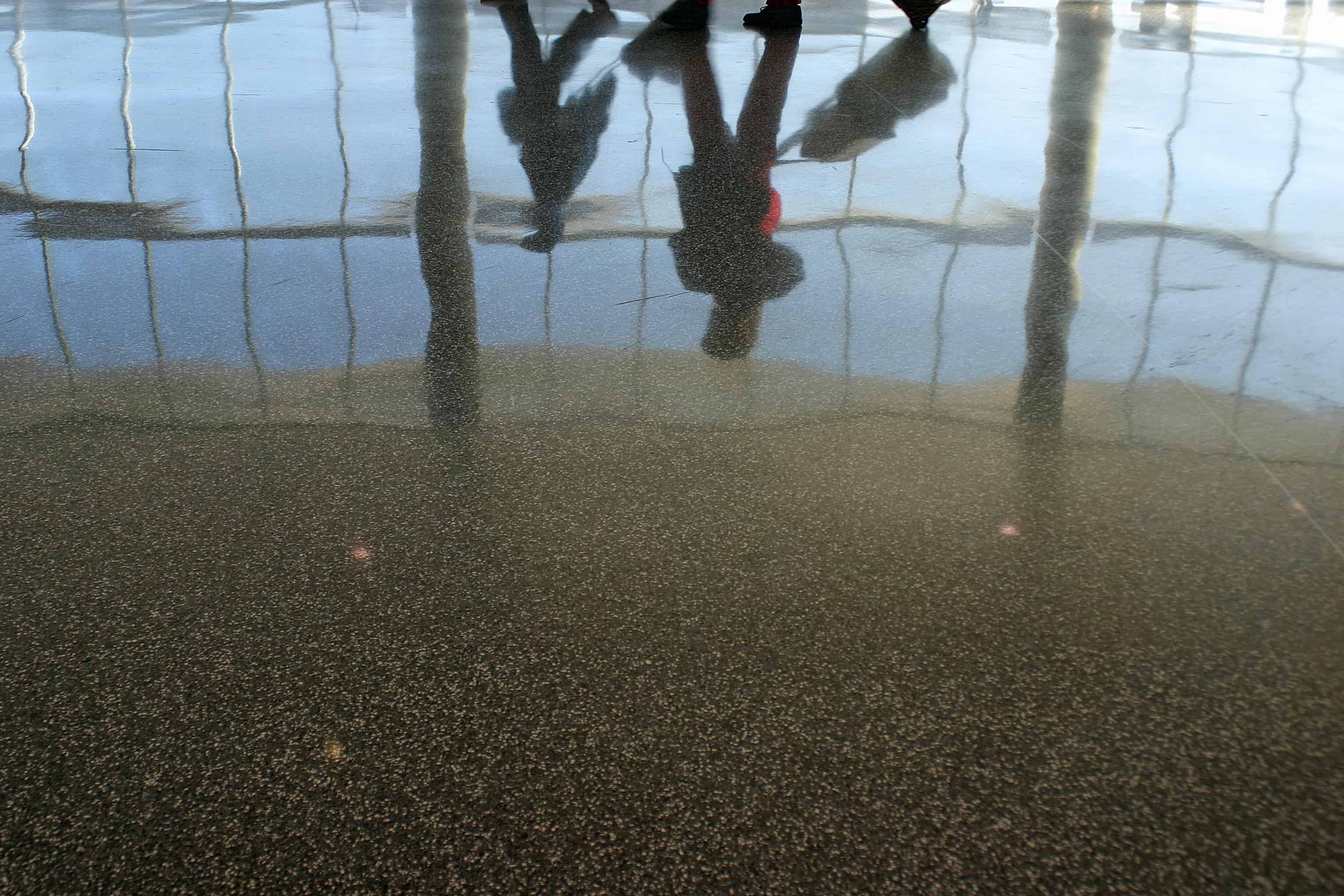 A tipster (send in your tips here) let me know about a website for Vanguard Consumer Solutions called FDCPA Help at fdcpahelp.com (ownership hidden).

For those not familiar with Hyslip he was part of the Legal Helpers Debt Resolution debt settlement company that was the focus of a number of complaints.

Apparently Hyslip is now trying to help consumers beat back debt collectors and makes a reference on another site that he was once a debt collector himself.

As recent as December 8, 2012 the fdcpahelp.com domain name was owned by Timothy Daniels who was located at the same business address as FDN Solutions, LLC. I believe it is the same Tim Daniels I’ve written about here. – Source

Who knows, maybe Hyslip purchased the domain from Daniels.

Let’s pick through the big disclaimer on the bottom of the Vanguard Consumer Solutions website and see what it says.

“PAID ATTORNEY ADVERTISEMENT: THIS WEB SITE IS A GROUP ADVERTISEMENT AND THE PARTICIPATING ATTORNEYS ARE INCLUDED BECAUSE THEY PAY AN ADVERTISING FEE. It is not a lawyer referral service or prepaid legal services plan. Vanguard Consumer Solutions, LLC “VGS” is not a law firm. Vanguard Consumer Solutions, LLC does not endorse or recommend any lawyer or law firm who participates in the network nor does it analyze a person’s legal situation when determining which participating lawyers receive a person’s inquiry. It does not make any representation and has not made any judgment as to the qualifications, expertise or credentials of any participating lawyer. No representation is made that the quality of the legal services to be performed is greater than the quality of legal services performed by other lawyers.

So the site is not a lawyer referral service but it is a lawyer network.

The information contained herein is not legal advice. Any information you submit to Vanguard Consumer Solutions, LLC does not create an attorney-client relationship and may not be protected by attorney-client privilege. Do not use the form to submit confidential, time-sensitive, or privileged information. All photos are of models and do not depict clients.

All case evaluations are performed by participating attorneys. An attorney responsible for the contents of this advertisement is Jeffrey Hyslip located at 225 W. Washington Street, Suite 2200 Chicago, IL 60606. Although Jeffrey Hyslip has an office in Illinois he does not practice Illinois Law.

So Hyslip is located in Illinois but does not practice law in Illinois.

He only practices Federal and Ohio State Law. FLORIDA ONLY: Vanguard Consumer Solutions (“VGS”) is considered a lawyer referral service in the state of Florida under the Florida Rules of Professional Conduct.

And while the website is not a lawyer referral service, in Florida it is.

By all other standards, VGS is a group advertisement and not a lawyer referral service. If you live in Mississippi, Missouri, New York or Wyoming, please See below for additional information: Florida: Florida Rule of Professional Conduct 4-7.10(c) defines a group advertising program operated by an organization wherein the legal services advertisements utilize a common telephone number and potential clients are then referred only to lawyers or law firms participating in the group advertising program to be a lawyer referral service. By all other standards, we and the joint advertising ventures for which we are an agent are not lawyer referral services. Mississippi: FREE BACKGROUND INFORMATION AVAILABLE UPON REQUEST Missouri: The choice of a lawyer is an important decision and should not be based solely upon advertisements. New York: Prior results do not guarantee a similar outcome. Wyoming: The Wyoming State Bar does not certify any lawyer as a specialist or expert.” – Source

And the Hyslip website does say, “He only practices Federal and Ohio State Law.” He is currently the lead counsel in a case in the U.S. District Court for the Northern District of Illinois, Scheffler v. Bennett Law, P.C. – Source

And it is an Fair Debt Collection Practices Act case. What is interesting is that Hyslip signs this case with an email address at Lifetime Debt Solutions which labels itself as a bankruptcy firm. – Source

So there it is, Jeffrey Hyslip has moved on from debt settlement to collection harassment.

Vanguard Consumer Solutions was registered to do business in Illionois on January 19, 2013 and lists its principal office at 10970 S. PROSPECT AVENUE, CHICAGO, IL 60643. Looking at Google maps it appears to be a private residence.

But Here is the Kicker

According to the State of Illinois the members/owners of this company are actually:

But the Lifetime Debt Solutions website shows a picture of what looks like a young man and describes George M. Macey by saying, “As Lifetime Debt Solutions Chief Operations Officer, I am the executive that is responsible for managing the company’s day-to-day operations. In addition, I cultivate strategic partnerships to develop various avenues for client acquisition. By combining my marketing, operations, and sales experience I ensure our firm exceeds all applicable benchmarks. At my hands I’ve had the opportunity to watch other law firms expand from 2 person to 400 person operations. I look forward to using my skills, drive, and empathy to take Lifetime Debt Solutions off the map.” – Source

Who is Arnoldo Romo Salazar? It might be unrelated but there was a Salazar-Aleman I discovered in my research who has an interesting past. It could be entirely coincidental.

Vanguard Consumer Solutions says it is located at:

Lifetime Debt Solutions is a DBA of Hyslip & Taylor who is actually Hyslip and Michelle Macey. If the Macey name sounds familiar it should. Remember, Thomas Macey was part of Macey, Alleman, Hyslip & Searns that were the backbone of Legal Helpers Debt Resolution.

What the BBB Says About LHDR

The BBB has a long narrative about the issues faced by Legal Helpers Debt Resolution.

“The following describes a government action that has been resolved by either a settlement or a decision by a court or administrative agency. If the matter is being appealed, it will be noted below.

The lawsuit alleges that LHDR signs retainer agreements with consumers who believe they’re hiring a law firm to provide debt relief services on their behalf. According to Madigan, LHDR actually contracts out virtually all debt relief services to a third party operated and staffed by non-lawyers. Madigan also purports that LHDR charges advance fees which are unfair and in violation of the advance fee ban in the Debt Settlement Consumer Protection Act. According to the lawsuit, participation in LHDR’s program does not produce the positive results that consumers expect at the time they enroll, and many consumers allege their financial situation has gotten worse after enrolling with LHDR.

Madigan asks the Court to preliminarily and permanently enjoin LHDR from engaging in the deceptive and unfair practices alleged in the lawsuit, and that LHDR be enjoined from engaging in the business of advertising, offering for sale, and selling debt resolution services. Furthermore, Madigan requests the Court to find that all contracts entered into between LHDR and Illinois consumers by the use of methods and practices unlawfully are rescinded. Additionally, Madigan asks for restitution to consumers and civil penalties, as well as investigative costs paid to the State of Illinois.

The DFI has information that from August 2010 to October 2010, Legal Helpers entered into debt settlement agreements with at least 314 Illinois consumers. DFI also alleges that they have information that Jeffrey Hyslip signed most, if not all, of the 314 debt settlement agreements entered into with Illinois consumers. According to the DFI, Jeffrey Hyslip is not licensed to practice law in the State of Illinois. The DFI also reports that despite the company’s name, the company does not provide legal representation to consumers or otherwise act in an attorney capacity. According to DFI, Legal Helpers is not and has never been licensed by DFI pursuant to the Debt Settlement Consumer Protection Act.

On August 9, 2012 The State of Minnesota Commissioner of Commerce issued an Order to Cease and Desist and Notice of Right to Hearing against Legal Helpers Debt Resolution, LLC.

Commissioner Rothman also alleges that in addition to operating as a debt settlement services provider without a license, Respondent has violated a host of Minnesota statutory provisions regulating the conduct of debt settlement providers, including the following:
A. Respondent charged fees in excess of those permitted by statute, as codified as Min. Stat. 332B.09
B. Respondent failed to provide statutorily required disclosures codified at Minn. Stat. 332B.06.
C. Respondent made misleading representations to debtors in violation of Minn. Stat. 332B.11, subd. 1
D. Respondent failed to respond to requests for information from the Department of Commerce in violation of Minn. Stat. 45.027, subd Ia.

Now, therefore, it is hereby ordered, pursuant to Minn. Stat 45.027, subd. 5a and Minn. Stat. ch. 332B, that Respondent Legal Helpers Debt Resolution, LLC shall cease and desist from violating Minn. Stat. ch 332B, including engaging in the business of debt settlement or debt management services in the state of Minnesota, without the requisite registration pursuant to Minn. Stat. 332B.03, and from engaging in any debt settlement or debt service management services in Minnesota until this Order is otherwise vacated or modified by the Commissioner.

According to the complaint, Legal Helpers Debt Resolution provides debt settlement services to people nationwide, including in Wisconsin. Under Wisconsin’s statute governing adjustment service companies, Wis. Stat. § 218.02, companies that negotiate with creditors on behalf of debtors must obtain a license, file certain disclosures with the Department of Financial Institutions — Division of Banking, and limit the amount of fees they charge from debtors.

The complaint alleges that the defendants and their Chicago-based company illegally charge exorbitant upfront fees for their debt settlement services while maintaining that, as lawyers, they were not required to be licensed as an adjustment service company pursuant to Wis. Stat. § 218.02. The complaint alleges, however, that the attorneys with Legal Helpers Debt Resolution are merely a façade for the company, and the debt settlement services are fulfilled by non-lawyer, third-party companies. Consumers report they never meet an attorney, talk to an attorney and when seeking consult with an attorney about the status of their debt, are not permitted to speak with one.

The complaint asks the Court to impose forfeitures and penalties, to require restitution to consumers, and to enjoin the company from future unlawful behavior.

The case was referred to the DOJ by the Wisconsin Department of Financial Institutions and the Department of Agriculture, Trade and Consumer Protection. The case is being prosecuted by Assistant Attorney General Lara A. Sutherlin.” – Source

Interestingly the Lifetime Debt Solutions website refers to Hyslip as “…one of the most recognized consumer advocates in the Country.” – Source

It would be interesting to know which attorneys are part of the Vanguard Consumer Solutions attorney network.