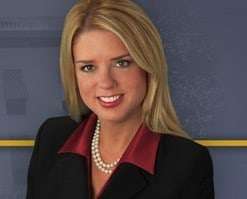 Under their authority to enforce the federal Mortgage Assistance Relief Services Rule and Florida and Connecticut laws prohibiting deceptive and unfair trade practices, Attorney General Bondi and Attorney General Jepson filed a complaint alleging that four individuals and four businesses formulated and participated in a mortgage rescue scam based in Florida that targeted consumers across the country by making false promises of relief from their mortgages and money damages through mass-joinder litigation.

The attorneys general obtained a temporary restraining order and appointment of a receiver in the lawsuit filed in U.S. District Court against the defendants. The order prohibits the defendants from taking fees from consumers and making further misrepresentations regarding the alleged scam. It also freezes bank accounts that have allegedly been used to funnel profits to non-lawyers.

The states allege that the RLG/BLG Enterprise collected millions of dollars in illegal upfront fees by deceptively convincing consumers to pay to be included as plaintiffs in so-called mass-joinder lawsuits against their mortgage lenders or servicers.

Organized and largely controlled by individuals who had been sanctioned for a similar mortgage relief scam in California, the RLG/BLG Enterprise allegedly sought to take advantage of regulatory exemptions for the practice of law by holding itself out as a law firm. The defendants charged consumers a large upfront enrollment fee, typically $6,000, and monthly payments of $500 for participating in the mass-joinder lawsuit.

“These mass joinder scams are some of the worst scams resulting from the foreclosure crisis because they take advantage of consumers’ trust in the legal system and legal advocates,” said Attorney General Bondi. “I am thankful for Attorney General Jepsen’s partnership in holding these individuals responsible and providing relief to the consumers who were harmed.”

The complaint names the following as defendants:

To combat these practices, many states, including Florida and Connecticut, enacted laws to prohibit these schemes, and state regulators have enforced their unfair and deceptive trade practices laws, debt negotiation licensure requirements, and unauthorized practice of law prohibitions. In addition, federal regulators made it illegal in every state for mortgage assistance relief providers to charge homeowners a fee for mortgage modification services before actually obtaining mortgage modifications for those homeowners.

In a twist on the typical loan modification rescue scam designed to avoid regulatory scrutiny by creating the appearance of legitimacy, some veterans of such seams have shifted to selling homeowners’ participation in so-called “mass-joinder” lawsuits. Homeowners are led to believe that they will be represented by real law firms and that joining a mass-joinder lawsuit will help them avoid foreclosure, reduce their interest rates and loan balances, and entitle them to monetary compensation.

Since at least late 2011, an enterprise operating under the name of the Resolution Law Group, and later also under the name of the Berger Law Group, (collectively “the RLG/BLG Enterprise” ) has generated millions of dollars in illegal upfront fees by convincing consumers to pay for the opportunity to be included as a plaintiff in these so-called “mass joinder” lawsuits against their mortgage lenders.

In an attempt to circumvent state and federal consumer financial law and take advantage of regulatory exemptions for the practice of law, the RLG/BLG Enterprise holds itself out as a law firm and promises legal representation. However, it is not fundamentally different from any other loan modification scam, and its conduct is prohibited by both federal and state law.

The RLG/BLG Enterprise often initiates the scheme by sending misleading mailers that resemble class action notices to consumers notifying them that they are a potential plaintiff in a “national” lawsuit against their particular mortgage lender or servicer for “multiple claims of fraud and misrepresentation.” The mailers create a sense of urgency for consumers to enroll by a certain date or risk exclusion and induce consumers into believing that by “opting-in” they will receive a reduced interest rate, lower monthly payment, principal reduction, loan forgiveness, and monetary damages.

The RLG/BLG Enterprise later induces consumers to continue making monthly payments by providing them with misleading information regarding the status and progress of the lawsuits and by making further misrepresentations regarding the benefits of participating in the lawsuits.

In reality, the RLG/BLG Enterprise provides little or no meaningful assistance to struggling homeowners. Rather, the RLG/BLG Enterprise’s misrepresentations induce consumers into believing that participation in a mass-joinder lawsuit will result in mortgage modifications or other forms of foreclosure relief.

Plaintiffs bring this action to halt the RLG/BLG Enterprise’s scam, to hold the entities and individuals who run and profit from the Enterprise accountable, and to provide redress for the injuries to consumers that the Enterprise has caused.

By filing this lawsuit, Plaintiffs do not seek to opine on the validity of any legal theories used to challenge the alleged conduct of mortgage lenders or servicers. However, the RLG/BLG Enterprise should not be allowed to violate state and federal law in the process of recruiting consumers to join their mass-joinder lawsuits.

Plaintiffs have authority to enforce their respective state consumer protection laws which govern unfair or deceptive acts and practices. See Chapter 501 Part II, Florida Statutes; Connecticut General Statutes, Chapter 735a. Plaintiffs also have authority to enforce the federal prohibition on upfront fees, as well as other related federal prohibitions and disclosure requirements applicable to mortgage assistance relief providers, under the Mortgage Assistance Relief Services Rule, generally referred to herein as “Regulation 0.” 12 C.F.R. $ 1015 (2012). Regulation 0 requires providers of mortgage assistance relief services to make certain disclosures, such as that the business is not affiliated with the government and that the consumer may reject any proposed modification. It also prohibits these providers from making certain representations, such as that a consumer is not obligated to continue making his mortgage payments. In addition, Regulation 0 generally prohibits mortgage assistance relief service providers from collecting an advance fee for such services. See 12 C.F.R. $ 1015.5 (2012).

In this action, Plaintiffs seek an order permanently enjoining Defendants from engaging in their illicit business practices, granting restitution for affected consumers, imposing civil penalties, and granting all other relief available pursuant to their respective consumer protection laws and under Regulation 0. This will make Defendants’ victims whole again and will prevent the RLG/BLG Enterprise from causing the same harm to other homeowners. – Source