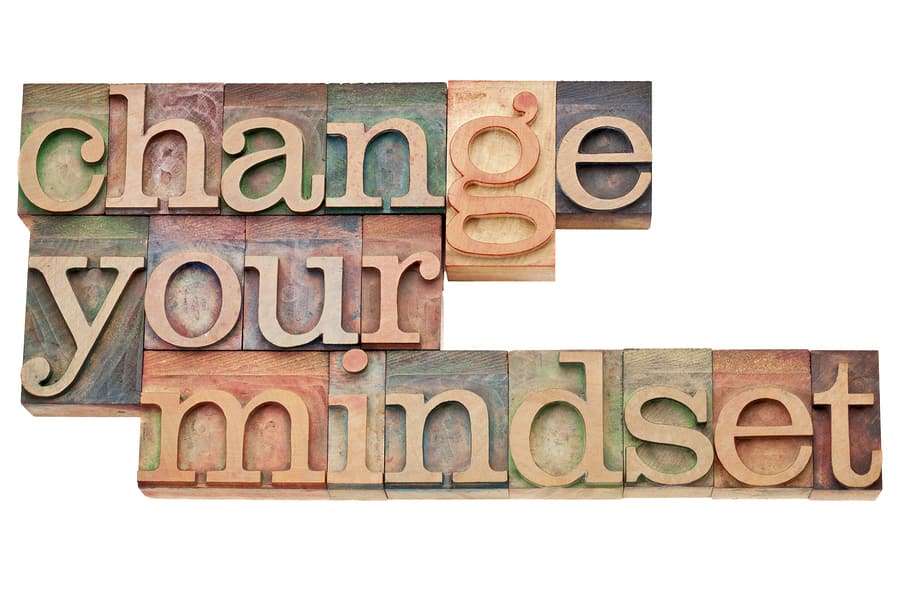 Having helped people with problem debt since 1994 and having lived through financial problems myself in the late 1980s, I’m always amazed how badly people manage the art of getting out of debt.

When I listen to “the debt experts” it almost seems they have never lived through really bad debt problems since they miss the most critical aspect of the entire issue.

Getting out of debt is, almost inconsequentially, about the money; yet it’s the bills people focus on. It’s no wonder why debt ruins the lives of masses of people who struggle under its burden.

The actual debt is really nothing more than a misdirection. It is in fact the symptom, not the problem. Debt is like the charred wood in the aftermath of a fire. The problem is not the burned wood, it was what caused the fire that is the problem. The debt is really the litter that comes from problematic income and expenses.

Problem debt becomes an easy way for others to manipulate you into making bad decisions. Debt collectors and others know how to push your emotional buttons in order to have their way with you. A little applied fear goes a long way to making you do what they want. It always has and it always will.

People approach dealing with debt by rendering the real issues that need to be dealt with, cloaked and invisible.

Being in debt is about 90 percent emotional issues that surround the death of your finances and 10 percent or less about the specific financial affairs.

Your financial self-confidence creates a pillar of the self-esteem and self-worth people feel. When that pillar crumbles unexpectedly it can bring down those other critical self-support areas of our lives. When debt goes bad and you are laboring under the angst of money troubles, it impacts you most like the death of a loved one. It creates, loss and grief that nearly everyone discounts and avoids.

But here is a truth; you are not your debt.

When it comes to the math of debt, the answers are instantly and readily apparent. It adds up or it doesn’t. Math provides instant answers and direction about what must happen and what has to be done. Sometimes it is making more money, reducing expenses, negotiating a settlement, or coming to a joint agreement about altering the terms of the financial obligations. Sometimes it is using the law to erase bad debt and starting over again.

Still, the massive bulk of the issues to be addressed are not about the money but about dealing with fear, loss, emotion, and the resulting life bargaining that must ensue.

Without a doubt, debt can alter the path of your life. It clearly altered my life path. In dealing with your debt you might have to make hard decisions about how or where you live your life because you can no longer afford your accommodations or circumstances. And making those changes is emotionally difficult, not mathematically difficult.

It becomes exponentially difficult when we apply a little known socioeconomic law developed by Thorstein Veblen in the late 1800s. Veblen’s “Demonstration Effect” says people are more likely to define their spending based on the influence of friends and people they identify with. Scholars have used loftier language in describing the demonstration effect and described it as “the significance of social influences on consumption decisions.”

So losing your economic spending and consumption power through problem debt is not only like losing a loved one, but also packing on the loss of your friends and peer groups you identify with.

Sometime ago I wrote about the Seven Stages of Debt and the death like emotional hurdles that all have to cross. And in all honesty it is not until people cross over at least five of those hurdles that they will ever have a chance of moving on. The rest of the initial messy emotions do more to harm us than help.

When we drive down the road and a squirrel darts out and accidentally comes into the same patch of asphalt as our tire, we don’t pull over and organize a burial for the squirrel and then residually lament for days. Instead, people generally feel bad for a moment and drive on, returning their focus to the act of driving so they can reach their destination without harm.

Yet when finances hit a bad patch and bills that can’t be met are arriving in the mail, people fall completely to pieces, relationships are ruined, lives taken, and decades of a potentially positive life are thrown away. And all for no good reason.

They take the financial struggle as a reflection of who they are as an individual, a moral and character failure. But sometimes financial problems are truly nothing more than the farmer who lost a crop because it didn’t rain or the poor fella who lost his job because the company closed. Bad financial stuff happens all the time that has nothing to do with who we are at our core, yet we let it infect us like it does.

I severely remember what it was like to fall into the pit of debt. For me that pain is always lurking in a long stored steamer trunk in the attic. It’s there but I just don’t think about it that often. Trust me, I’d rather keep that trunk locked away and not open it ever again.

Those that want to assist people to overcome their debt never focus on these issues. The debt relief provider or naive friend instead want to jump into some process that instantly deals with the bills before dealing with the greater emotional issues. That is a mistake in my book.

Without acknowledging the reality of what debt actually is, you and those you love will actually take the mathematical process of debt and transform it into a life altering negative event that has ruined many a life.

Over the decades I’ve watched so many people transform their debt and alter its reality to destroy relationships, cause them to take their lives or kill their family, lose the love of important people and throw their careers away. All of that was entirely unnecessary and that’s where the real tragedy lives. Nearly every uninformed action an individual takes to address their debt, when it hits them in the face, is the absolutely wrong action to take. Rather than make a situation better, they make it worse.

I happen to be a pilot. As a pilot I have received a lot of training on what to do in various dangerous or unexpected situations. I’ve been trained in advance to deal with them. I can’t imagine flying without that training; and clearly if I did I would be more likely to kill myself and others through sheer ignorance. But even in a fearful situation, will I still be able to recount all the training and apply it properly?

Trying to train people how to best deal with their debt when they are in debt is like trying to teach a man who just lost his vision how to immediately paint a still life like a master artist. The results are going to be messy, unfortunate, and unexpected.

Not only in the United States, but in my travels across the world, I’ve witnessed how the majority of debt assistance strikes far from the mark, and people universally don’t know how to intuitively process the pain of problem debt.

And the reality is when you try to talk to a person in deep debt about these issues, they are too wrapped up in fear and panic to properly listen. So they go lunging ahead, making bad decisions and making the problem worse.

The Most Important Parts of Getting Out of Debt

As I said earlier on, debt is mostly about emotion and not the math. So if you find yourself in a difficult financial spot, the best thing you can do is ironically, nothing.

Rather than just react, for the next week, as bills arrive, put them aside in a pile. Ignore the phone calls and give yourself a chance to fortify your emotional core before leaping to take an action. You will know you have a problem but a few days of finding a peaceful way to deal with the issue will not alter the outcome but it will go a long way in starting to form a stable foundation to build a solution upon.

Instead of curling up in a ball in a corner, let the panic of the financial crisis wash over you and deal with that emotional explosion first. Once you can find your lost level head you can then better deal with the bills and debt.

Rather than lunge into immediate financial intervention, the best solutions to explore in the early days of the the debt panic are meditation, prayer, exercise, and all the self-education you can digest. There can be no discounting the emotional supporting power of both introspection and worship.

You need to first find a healthy way to counteract the emotional turmoil without the use of drugs and alcohol. A good workout and a long walk with a compassionate friend are much better medications to deal with the pain.

I think the best way to neutralize the anger, fear, blame, and panic you might feel is to invest time in researching options on sites like GetOutOfDebt.org. It’s where you can find me and ask me all of your questions and get free help. I’ll get you pointed in the right direction when you are ready.

With education comes the knowledge to ask the best questions of those you meet in this journey and it will give you the wisdom to make the best mathematical decisions about how to deal with your unique situation. While it is easy to say, don’t rush to panic or discard your self-esteem to deal with your money troubles. The ultimate goal is not to wave a wand to make it all disappear but to modify your life to fit within your new financial reality to find your future happiness and peace.

2 thoughts on “The Fine Art of Getting Out of Debt”