Did you know that for only $10,950 any person of unknown character and intent can launch a national advertising campaign and sell debt settlement services?

On my last tour of the country I was laying half awake in bed and on came this commercial that certainly appeared as if it was a news broadcast or message from the government. It all looked official but it was nothing more than a sales pitch for debt settlement services.

The audio below is not the best but it was the best I could get on short notice. This company is promising to air a professional produced debt settlement commercial to attract sales leads and consumers to be sold to for not much money up-front. If you watch the commercial one of the visual message is that you need to eliminate your debt through debt settlement so you can get access to platinum cards and credit again.

Here is the package that was for sale on the day I saw the debt settlement commercial. 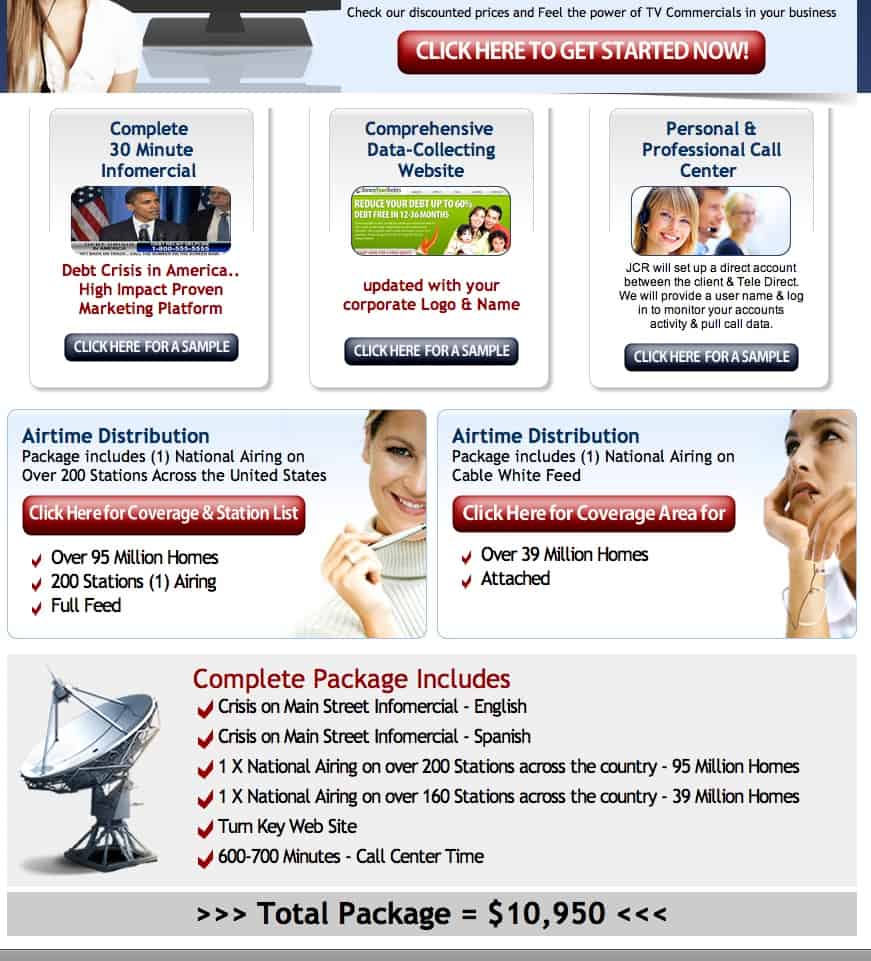 As you can see the emphasis of this commercial and packaged news looking government appearing spot is to generate leads for a sales staff to close. There is no mention of the appropriateness of the debt settlement solution for viewers or callers and that screening will be left up to the sales staff fielding the calls.

In fact, the site mentions that leads from the commercial that land in their call center will be handled to maximize revenue.

Work The Lead ensures that leads are captured and then routed in the most profitable direction for you. Source

And if someone or some company is paying $10,950 to air the commercial, how selective do you think they will be about the people that are calling in determining who is a good candidate for debt settlement services?

But this company selling the packaged commercial, which I felt was excruciatingly misleading as a news program with inserted commercials, also markets, guess what, loan modification commercials and leads, another industry with a current dubious record of misleading consumers. 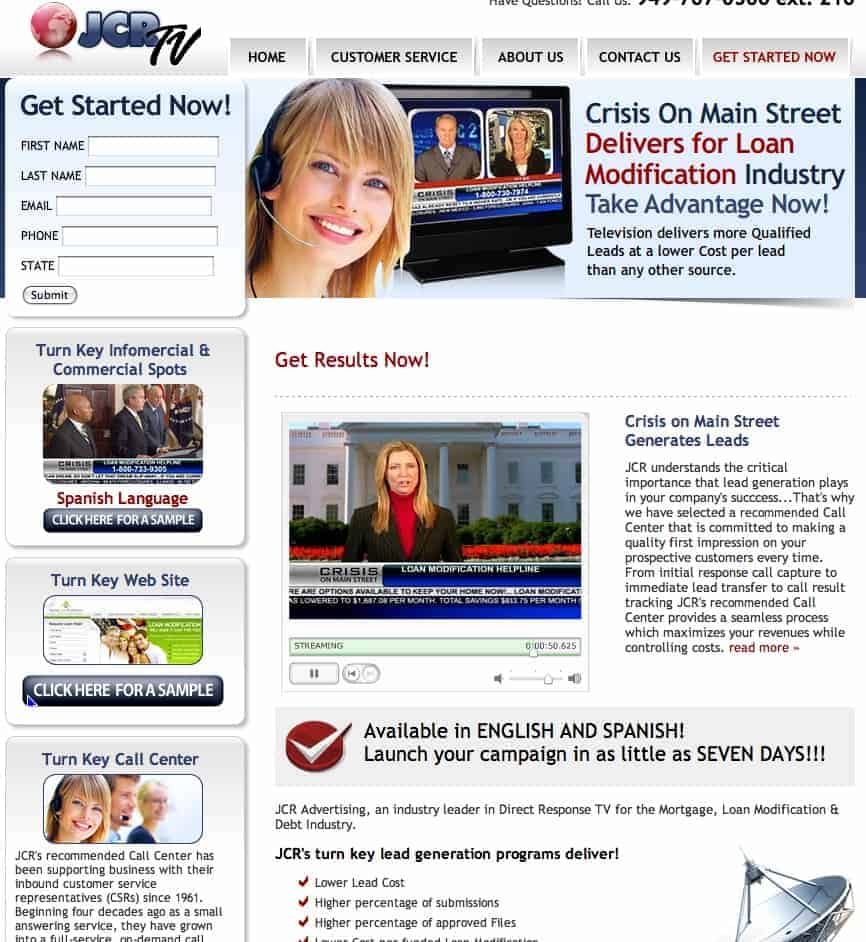 So let there be no mistake that when you call some random commercial off a radio, print or television commercial, the emphasis is not on placing you in the most appropriate solution, but selling you a service and making money off of you. Don’t believe me, read what an industry insider had to say.

Debt Settlement is Even Sold by Multi-Level Marketing Programs

Here is a video that promotes the money that people will make by selling you debt settlement services. Go to 6:06 to see the advertised debt settlement commission structure for this program.

Now go to 2:00 in this video to see the money that is promoted that you could make by selling people into debt settlement.

Hopefully I’ve been able to educate you that when you are reaching out for debt settlement services you are nothing more than a sale waiting to be closed. There is no emphasis made about if it is an appropriate solution for you. It is simply about ROI, closure rates, profit per deal. I’m afraid that people are generally sold using a lot of information that seems plausible and realistic, but it’s simply not.

See also  Have You Heard of the National Debt Crisis Center? - Eric
Sincerely,

14 thoughts on “The Selling of Debt Settlement Services. It’s Easy to Sucker You In.”