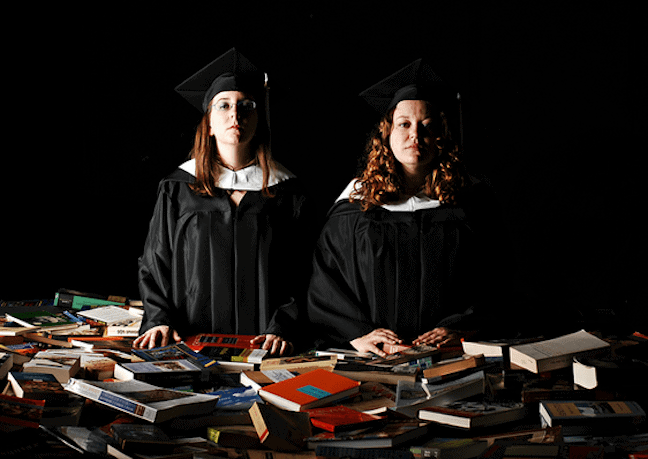 Just days after the Federal Reserve Bank of New York showed that student loan delinquency rates were once again on the rise, a new Fed report finds it’s student loan borrowers with the lowest levels of debt who typically are the most delinquent.


The FRBNY reports that it’s often the people with the least amount of student loan debt who have the hardest time paying off their loans, in part, because they may not have finished college.

“The highest default rates, at nearly 34%, are among the borrowers who owe less than $ 5,000,” the analysis points out. “These borrowers made up 21% of the 2009 cohort,” referring to the block of student loan borrowers who entered repayment during that fiscal year. The Federal Reserve Bank of New York found that borrowers with the least amount of student loan debt were actually more likely to default.

Additionally, the report found that the default rate for borrowers who leave school with more than $ 100,000 is almost 50% lower, coming in at just 18%.

The FRBNY suggests that higher default rates for borrowers with less student loan debt may be a result of those students not finishing their college education.

“Defaults appear to be concentrated among the lowest-balance borrowers, who may not have completed their schooling, or may have earned credentials with lower payoffs than a four-year college degree,” the report states.

The new analysis from the FRBNY also took a deeper look at when borrowers were more likely to default. Data from the FRBNY found that default rates continue to grow after the typical three-year cohort default window used in some studies.

Because most reports look at a smaller window of about three years after borrowers leave school, the FRBNY analysis examined cohort default rates three-, five- and nine-years after leaving school.

“We find that default rates continue to grow after three years and that performance by cohort worsened in the years leading up to the Great Recession,” the analysis states.

The FRBNY found used Consumer Credit Panel data to determine that default rates for consumers who borrowed in 2009 increased 7% when looked at from three years out to five hers out.

“The pattern for earlier cohorts strongly suggests that this rate will continue to rise,” the FRBNY writes. “Our 2005 cohort had a three-year default rate of 13%, but this is only half of the defaults that we see nine years out (nearly 25%).”