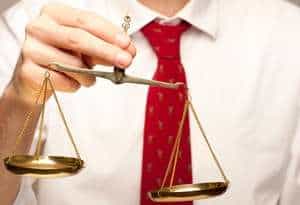 A former senior vice president of Bank of America (BOA) in Las Vegas pleaded guilty today to misapplication of bank funds in a scheme that led to over $6.4 million in losses to BOA on two business-related loans.

Justin T. Brough, 39, of North Las Vegas, Nevada, pleaded guilty to one count of misapplication of bank funds before U.S. District Judge Andrew P. Gordon of the District of Nevada. A sentencing hearing is scheduled for May 28, 2015.

According to his plea documents, Brough was a senior vice president at BOA in Las Vegas, serving as a business banking market executive. Brough provided financial services to high-net-worth clients.

Brough admitted to misapplying bank funds in connection with two business loans: a $6.3 million short-term construction loan, and a $600,000 line of credit in connection with the acquisition of a business. Brough admitted that neither borrower qualified for the loans, because they did not meet the bank’s underwriting requirements. Brough further admitted that he falsified documents in order to help both borrowers get the loans, including forging signatures on loan papers.

According to Brough’s admissions, when the borrowers had difficulty making payments on the loans, Brough misused the bank’s general ledger fund to make a total of $436,676 in payments on the loans for the borrowers. Brough admitted that he disguised those payments, among other ways, as “goodwill,” “miscellaneous adjustments” and refunds of various fees. He also admitted that he kept each of the individual payments under $10,000 so he would not need additional approval within BOA.

See also  Bank of America CEO: We ‘Missed the Mark’

BOA received a total of $45 billion in taxpayer funds from the Troubled Asset Relief Program (TARP) of the U.S. Department of the Treasury, which BOA repaid in full in December 2009.

The case was investigated by the FBI and the Office of the Special Inspector General for the Troubled Asset Relief Program (SIGTARP). This case is being prosecuted by Senior Trial Attorney Nicholas Acker of the Criminal Division’s Fraud Section.