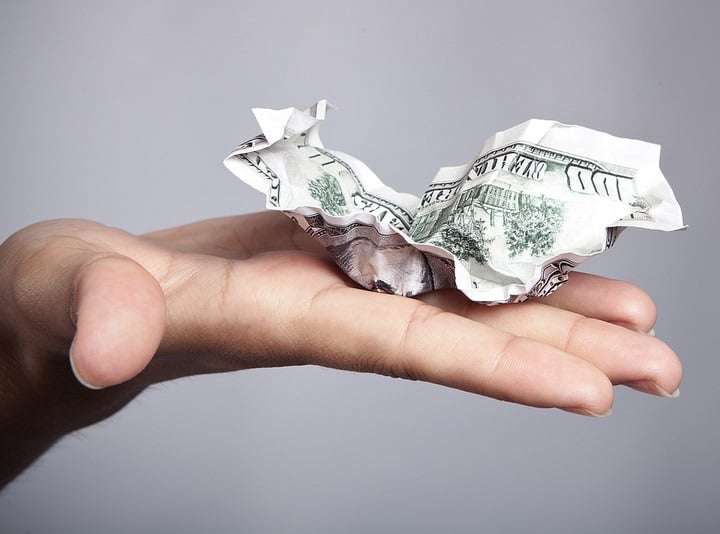 Thanks to a comment from a reader I discovered on April 21, 2015 the court ruled against Morgan Drexen in it’s suit by the Consumer Financial Protection Bureau. Let is suffice to say Morgan Drexen is none too pleased. It’s opposition document filed is short and sweet.

It says, “The freezing of [Walter] Ledda’s assets is not justified, as there is no pending default against him and the Bureau has not submitted material evidence justifying the order it requests against Ledda. At the hearing on terminating sanctions, the unrebutted evidence clearly showed that Ledda had virtually no role in responding to discovery, other than making high level operational decisions about employee compensation and providing technical computer support as needed. While Ledda admitted answering technical questions posed to him as to how his legal department could extract information from the MDIS computer system, he did not play a role in the document production. To date, the Bureau has failed to bring forth sufficient evidence showing that Ledda should be held personally liable for Morgan Drexen’s conduct. Accordingly, this Court should not issue a protective order before the briefing is done on the sanctions issue and the court enters a ruling on that issue.

AS TO MORGAN DREXEN, THE COURT SHOULD ALLOW MORGAN DREXEN TOP AY ITS RENT, ITS BASIC ADMINISTRATIVE EXPENSES, AND REASONABLE ATTORNEYS’ FEES THROUGH RESOLUTION OF THIS CASE. Morgan Drexen rents its space from The Irvine Company. If Morgan Drexen does not pay its rent each month, it will be evicted in short order and will be required to shut down its business. Likewise, it must pay general administrative costs that are currently due.” – Source

Interesting how Morgan Drexen does not seem to place the same priority on paying wages and salaries as it does on making the rent payment.

So why is Morgan Drexen saying they may be on the verge of being shut down? Part of the answer may lie in the asset freeze imposed by the court. “There is good cause to believe that immediate and irreparable damage to the Court’s ability to grant effective final relief for consumers in the form of monetary restitution and disgorgement or compensation for unjust enrichment will occur from the transfer, dissipation, or concealment by Morgan Drexen of its assets unless Morgan Drexen is restrained and enjoined by Order of this Court. 3. Weighing the equities and considering the default judgment imposed on Morgan Drexen, the Bureau’s likelihood of ultimate success on the merits, the likelihood of irreparable harm in the absence of relief, that the balance of the hardships favors the Bureau, and that an Order freezing Morgan Drexen’s assets is in the public interest, the Court finds that equitable relief is necessary to ensure effective final relief.” – Source

Here is what Judge Josephine Staton said, “Therefore, there is no question that Defendants’ falsification of evidence threatened to distort the resolution of the case by forcing the Bureau to rely on fabricated and manufactured evidence. Here, Defendants destroyed the snapshot of what the petitions would have actually looked like had they simply been produced in the ordinary course of business. The Bureau has been misled and prejudiced throughout the discovery process, when preparing its experts for depositions, in arguing for and against summary judgment, and during its preparation for trial. The Bureau asserts that it “has wasted considerable time (deposition and trial preparation) and incurred significant expense (retention of expert Katherine Porter) responding to Defendants’ canard that they actually perform bankruptcy work on bankruptcy petitions and present those bankruptcy petitions to third parties.” The Court agrees, and thus finds that Defendants’ falsification and alteration of evidence has prejudiced the Bureau. Even if this prejudice could be “mitigated somewhat by [the Bureau’s] success in locating some relevant evidence despite Defendants’ misconduct, this factor nonetheless weighs strongly in favor of terminating sanctions.” Accordingly, the Court finds that this factor weighs in favor of an entry of default judgment against Defendants.”

The court issued default judgment document on this matter also says, “At the evidentiary hearing, Ledda confirmed that he knew that Morgan Drexen was creating bankruptcy petitions not in the ordinary course of business in order to produce them to the Bureau. (February 10, 2015 hearing at 109.) Yet, Ledda maintained that his only role in the document production process was assisting “with the technology issues related to the desired use of an auto redaction process and the compensation for petition processors that would be performing work for the legal team that would be outside of the normal course of business.”

It appears almost every Morgan Drexen player named in the most recent court document is pointing the finger at each other. Even the Morgan Drexen attorney, Jeffrey Katz winds up in the soup.

“Katz claims that because he has been practicing law for more than 20 years, he “would [not have] manufactured evidence to defraud. [His] concern was [to] get the information in a comprehensive fashion as quickly as possible and not risk sanctions.” (Id. at 188.) Yet, despite Katz’s vast litigation experience, he never informed the Bureau, Defendants’ trial counsel, or the Court that Defendants were generating bankruptcy petitions. (Id. at 177-178.) Even though certain documents and log notes were ready to be produced to the Bureau in June 2014, and Defendants were facing potential sanctions if they failed to comply with the Court’s production deadlines, Katz asked Tran not to produce these documents and log notes to the Bureau. (Id. at 195-202.) Katz claims that he did not inform anyone of the creation of bankruptcy petitions because Defendants were “understaffed and overwhelmed by the demands.” (Id. at 178.)

The nail in the coffin appears to be when the Judge Staton says, “Although termination of a case is a harsh sanction appropriate only in “extraordinary circumstances,” the circumstances in this case warrant the entry of default judgment against Defendants. “Lesser sanctions would not be adequate to punish the [D]efendants for the wrongful conduct and ameliorate the prejudice and harm to the [Bureau].”

I invite you to read all 28 pages of the court document, here.