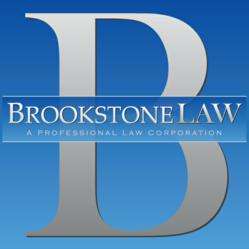 I wish I was above saying “I told you so” but I’ve been working on this story since 2011 and put in a lot of effort on this. So this time I’m going to have to say “I told you so.” You can see my past stories on the group, here.

I do feel sorry for Vito Torchia, Jr. who was the lawyer responsible for Brookstone. He sure seems like a good guy who got caught up in a scheme above his pay grade. He has even lost his license to practice law in California. It sure seems as if he has tossed his license and reputation, forever into the gutter, and for what?

The FTC court documents seems to make out Damian Kutzner as the guy behind the operations. The documents say, “Defendant Damian Kutzner (“Kutzner”) is a founder and the Chief Operating Officer of Brookstone and a principal or controlling person of Advantis. Kutzner and Vito Torchia, Jr. founded Brookstone after their prior business, United Law Group, a mortgage assistance “law firm,” was dissolved following an investigation and raid by multiple federal and local agencies. Although not an attorney, Kutzner controls the marketing and sales at both Brookstone and Advantis. At all times material to this Complaint, acting alone or in concert with others, he formulated, directed, controlled, had the authority to control, or participated in the acts and practices set forth in this Complaint. Defendant Kutzner, in connection with the matters alleged herein, transacts or has transacted business in this district.”

Another attorney that was involved with Brookstone is currently in jail. See information on Mitchell Stein.

There have been other good people who believed the sales pitch that the banks had screwed them over and they would get their mortgages eliminated. Back in the day when I raised objections about the scheme I was attacked as not knowing what I was talking about and accused of being a naysayer about the efforts to eliminate the mortgages of many people who had been screwed by the banks.

I don’t say those things to puff myself up but so it can serve as an example that just because sales people and others get sucked into the sales pitch, that doesn’t make it a good idea or realistic.

The FTC says, “Since at least 2011, Defendants have advertised, marketed, promoted, sold, and/or offered to sell mortgage assistance relief services. Defendants present themselves as experienced lawyers and law firms that include experienced litigators who would quickly, or without delay, file and actively pursue lawsuits against lenders on consumers’ behalf. Defendants target distressed homeowners, many of whom have fallen behind on their mortgage payments, and convince them to purchase legal services by telling them that they are likely to prevail in lawsuits against their lenders. Often Defendants tell consumers they will receive at least $75,000 by suing their lender. They then extract thousands of dollars in upfront fees. In return, they provide little or nothing.”

The FTC continued to paint a picture of the efforts to eventually take up to $15 million from consumers.

“Defendants prey on distressed homeowners, often identifying people who are at risk of foreclosure to send individualized marketing materials. These materials advertise mortgage assistance relief services, including mass joinder lawsuits to void mortgage notes and other actions to stop foreclosures.”

“Defendants’ marketing materials portray Defendants as legal practitioners with the resources and experience to successfully litigate complicated mass joinder cases. For example, in a May 2012 letter, Brookstone claimed that its “team of lawyers . . . has substantial experience in lender fraud and related claims.” It also claimed that “our team of experienced lawyers offers you a superior alternative for recovery.”

“Both the Brookstone and Advantis websites tout the mass joinder suit Wright v. Bank of America as their own. Both websites use the same description for the case: “This lawsuit arises from: (1) Defendants’ deception in inducing Plaintiffs to enter into mortgages from 2003 through 2008 with the Countrywide Defendants; (2) Defendants’ breach of Plaintiffs’ Constitutionally and statutorily protected rights of privacy; and (3) Defendants’ continuing tortious conduct intended to deprive Plaintiffs of their rights and remedies for the foregoing acts.”

“Defendants’ main products are “mass joinder” lawsuits against the homeowners’ mortgage lender. These lawsuits join dozens, or even hundreds, of individual plaintiffs in a single action against a particular lender. These are not class action lawsuits. Each individual plaintiff’s claim must be separately proven and, in the event of a trial, each individual plaintiff would have a separate trial. For example, Defendants filed Wright v. Bank of America on behalf of over 900 plaintiffs asserting unique claims. As alleged, they share some factual overlap, such as the alleged fraud on the market to drive up home prices, but do not share any other particulars that would need to be proven for a specific plaintiff to prevail. Defendants filed similar suits against a number of other banks, including CitiGroup, JP Morgan Chase, Wells Fargo, Ally Bank, OneWest Bank, and Ocwen Financial Corporation.”

“Defendants have not won a single mass joinder lawsuit on the merits.

Far from the certainty of winning “at least $75,000,” and possibly obtaining their homes free and clear of any mortgage, Defendants did not even seek such relief. In fact, as early as February 2012, Defendants tried to avoid federal court jurisdiction by arguing on their clients’ behalf that they were, in fact, not seeking to void their clients’ notes or obtain their clients’ homes free and clear. See Pltf. Reply in Support of Motion to Remand, at 15-16, (DE 24), Potter v. JP Morgan Chase Bank N.A., No. 11-10255 (C.D. Cal.) (“Plaintiffs do not seek to set aside Defendants’ loans, nor rescind them but rather seek loss of equity damages resulting from Defendants’ wrongful conduct.”)

Brookstone’s mass joinder cases have been dismissed for varied reasons, including for lack of prosecution, for misjoinder, on demurrer, and on voluntary dismissal. Of their original cases, the only surviving case is Wright v. Bank of America, No. 30-2011-449059 (Sup. Ct. Cal. Orange County). No court has spoken to the merits of the claims in that lawsuit. Initially dismissed for misjoinder, the California Court of Appeal allowed it to proceed in spite of its “desultory and scattered allegations,” but required Defendants to replead the Complaint into an intelligible pleading. Wright v. Bank of America, 232 Cal. App. 4th 238, 254 (2014), review denied (Mar. 25, 2015). It then took Defendants almost ten months to file their fourth amended complaint in January 2016; Brookstone has now told the court it will again need to amend its complaint. Brookstone Nevada has filed only one mass joinder lawsuit, which was removed to federal court and dismissed for misjoinder. Garner v. Bank of America, No. 12-02076, D.E. 35 (D. Nev. May 29, 2013).”

“In August 2014, the California Bar court found Defendant Torchia had violated his ethical duties to his clients with respect to provision of mortgage related services, including 16 counts of misconduct, such as failure to perform legal services with competence, failure to maintain records of client funds and render appropriate accounts to the client, failure to return unearned funds, and failure to return client papers/property.

During his ethics trial, Torchia testified he did not have the experience to be lead counsel on the mass joinder cases. He further conceded that Brookstone failed to provide the most basic elements of legal representation, including properly communicating with clients, adequately explaining what consumers should expect from the representation, and returning unearned fees.

Confirming Torchia’s own admissions, the California Bar court found that Defendant Torchia “lacked and continue[d] to lack the law-office-management skills and basic knowledge of mortgage lending law and bankruptcy law necessary to adequately and properly represent some 4,000 mortgage loan clients.”

The FTC states the enterprise misled consumers into thinking they would receive any benefit from the mortgage assistance services. The FTC called the claims made, false and misleading.

The services violated the MARS Rule. The Mortgage Assistance Relief Services Rule says consumer can’t be charged in advance for mortgage assistance services. In the past, some attorneys have tried to say they were exempt from the law.

The FTC has asked the court to appoint a receiver to take over the enterprises and wind them down. It is doubtful that consumers who have been duped by this scheme will ever get all of their money back. In fact since a tremendous amount of the money received was not put into an attorney trust account, but instead spent, little money will ever be returned.

The FTC had also asked the court to seize the assets of the people and entities involved.

It took a long time but it sure appears the days of Brookstone Law are now in the history books and the court records.