Imagine what you’d say – or write – about your health to a group of strangers. Or a friend. Or, say, your doctor. Probably different, right?

According to a settlement just announced by the FTC, a company called Practice Fusion published comments from many people who likely thought they were communicating directly with their doctor.  Numerous people wrote about things like prescriptions. Facelifts. Depression. Some people also included with this information their full name, phone number, and other stuff you don’t usually share with the world. But then those seemingly private messages went public.

How did that happen? According to the FTC, Practice Fusion wanted to expand its electronic records and online patient portal business to an online healthcare provider directory, complete with reviews. So they started emailing surveys to patients after doctor visits. 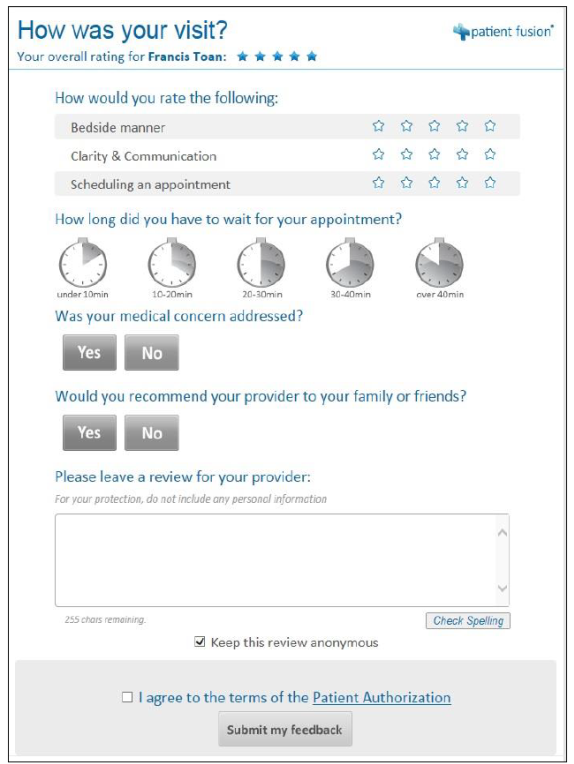 Patients responded. (By the way, that pre-checked “Keep this Review Anonymous” box? It didn’t anonymize what people wrote in the text box. It just meant that, instead of being posted under “Jennifer,” my review would have been posted under “Anonymous.”) For a year, the comments were not published, so there were no clues that private information was about to be public – until, suddenly, the company’s new site went live with more than 600,000 reviews.

The settlement in today’s case says, among other things, that Practice Fusion has to clearly tell people their information will be made public – before they make it public – and get the person’s OK. And they can’t misrepresent how they use, keep and protect consumer information.

So, what’s a person to do? Before you post a review, comment on a blog, fill out an online form, or send an email, stop. Ask yourself:

Less is probably more. And if you feel misled about how your information is shared with the public, let the FTC know.