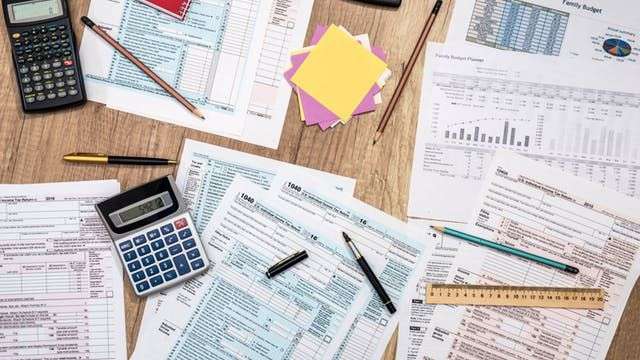 The Federal Trade Commission has been investigating Intuit and its marketing of TurboTax products, following ProPublica’s reporting that the Silicon Valley company deceived tax filers into paying when they could have filed for free.

The FTC probe, run out of the commission’s Bureau of Consumer Protection, centers on whether Intuit violated the law against unfair and deceptive practices in commerce. One focus of the investigation is whether TurboTax marketing misdirected customers who were eligible to file their taxes for free into paid products.

The investigation, which has been underway for more than a year, was revealed publicly in a recent Intuit filing in which the company’s lawyers appealed to the commission to limit the scope of its investigation.

Intuit produced half a million pages of documents in response to the FTC’s first civil investigative demand — a kind of subpoena — last year. The request for records came after ProPublica’s reporting on how Intuit used a varietyof tactics to divert customers away from a free TurboTax product and toward paid versions. Under a longstanding agreement with the IRS called Free File, Intuit and other tax prep companies promised to offer free products to most Americans; in exchange, the IRS agreed not to create a free government tax filing option that would compete with the industry.

This May, FTC investigators ramped up their probe by issuing a second civil investigative demand to Intuit. In response to the latest demand, Intuit’s lawyers took the rare step of escalating matters, filing a petition asking FTC commissioners to step in and significantly narrow the scope of what it had to produce. They also cited the difficulty of working in the pandemic.

The new FTC request “is incredibly burdensome” with “broad document demands,” wrote Intuit’s lawyers, from the firm WilmerHale. “And notwithstanding the new and unanticipated stresses of work in the COVID-19 environment, the staff seeks investigational hearings with at least eight different Intuit employees, and the CID includes a sixteen-topic corporate hearing notice that will require at least five Intuit employees to testify over several days.”

In a bipartisan order written by Commissioner Noah Phillips and issued Aug. 17, the commission rejected Intuit’s petition and instructed the company to comply by Sept. 8.

The escalating fight over company records suggests that the FTC has significant concerns about Intuit’s conduct, according to David Vladeck, a former head of the Bureau of Consumer Protection and a professor at Georgetown Law.

“This is a bipartisan rejection and a pretty thorough repudiation of Intuit’s objections,” Vladeck said of the commission’s recent order. “The FTC isn’t going to be cowed by companies saying, ‘This is unfair that we have to turn over records.’”

An FTC spokesperson declined to comment. An Intuit spokesman also declined to comment on the investigation but said in a statement: “Intuit has a long-standing commitment to free tax preparation, including 55 million completely free tax returns filed over the last 5 years, more than all other tax prep software companies combined. TurboTax prominently and transparently discloses the price of its paid products and is at all times clear and fair with its customers.”

FTC investigations have in the past led to large cash settlements and refunds for consumers, as well as agreements by companies to stop deceptive practices. Investigators could also conclude that Intuit did not violate the law and drop the matter.

In May 2019, several senators led by Elizabeth Warren, D-Mass., wrote to the FTC asking the agency to open an investigation of Intuit, citing ProPublica’s reporting that the company had sought to hide its free filing product from search engines. It’s not clear if the letter played any role in the FTC launching its investigation.

Intuit faces several other investigations and civil lawsuits related to its marketing of free tax filing. The company has denied wrongdoing.

ProPublica
Latest posts by ProPublica (see all)
See also  Filing Taxes Could Be Free and Simple. But H&R Block and Intuit Are Still Lobbying Against It.