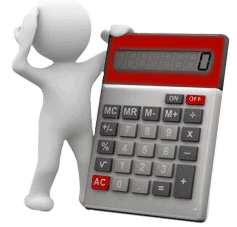 In fact, in November 2018, DeVos said publicly that only one in four student borrowers were paying down both principal and interest on their debt. She also acknowledged that 20 percent of all federal student loans were either delinquent or in default.

Maybe. But we don’t need a sophisticated economic model to know that the federal student-loan program is underwater. We know that 8 million student borrowers are in income-based repayment programs and are making payments too small to pay down their loans’ principal plus accruing interest.

So, that is 8 million student debtors who will never pay back their loans. That fact alone should dispel any notion that the federal student loan program is solvent.

Policymakers on the left and on the right can continue arguing about the student-loan crisis as if it were merely a political issue. But it is not–it is an economic calamity for millions of distressed student-loan debtors.

We know for sure that burdensome student-loan debt is hindering young Americans from buying homes, having children, and saving for their retirement. Granting partial student-debt relief, as some politicians propose, will do little to relieve widespread suffering.

In my view, the way to address the student-loan mess is for Congress to amend the Bankruptcy Code to allow insolvent student borrowers to discharge their loans in bankruptcy like any other consumer debt.

Congress also needs shut down the Parent PLUS program, which has a high default rate, particularly among minority and low-income families.

And Congress must put some realistic cap on the amount of money students can borrow for their college education. It is insane for private colleges to peg their tuition rates at $25,000 a semester. They can only get away with this highway robbery because students can take out federal loans to finance their studies.

Mr. Jeff Courtney believes one-third of student-loan dollars will never be paid back. If Congress doesn’t address the college-loan crisis forthrightly and very soon, the losses will be much higher than that.